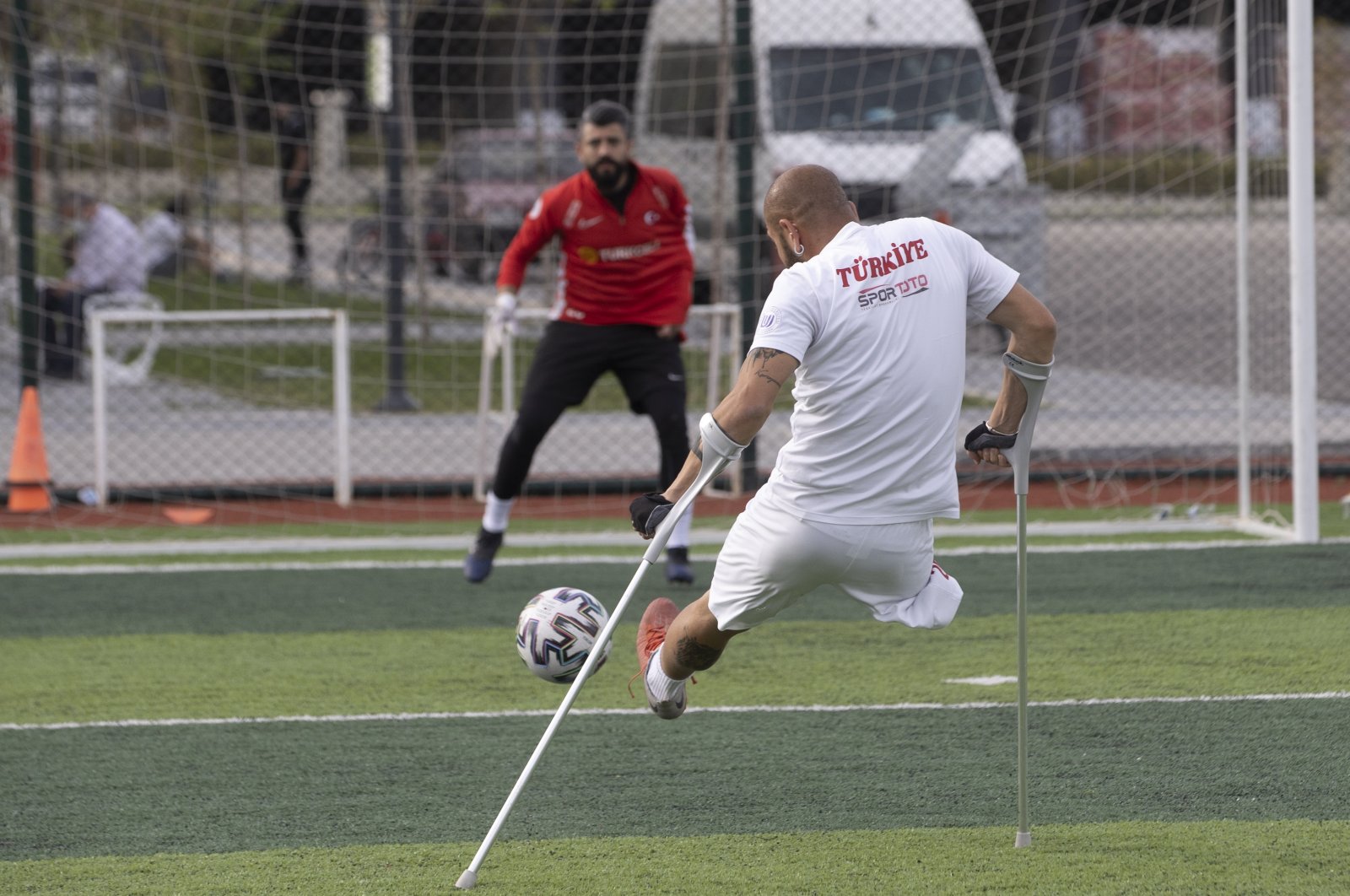 Players of the Turkish national amputee football team practice during a training session in Ankara, Turkey, May 2, 2021. (AA Photo)
by Daily Sabah May 21, 2021 11:19 am
RECOMMENDED

The minister made the announcement during a visit to the country’s southeastern Gaziantep, where the European Amputee Football Federation (EAFF) Champions League is being held.

“Today we are hosting the Amputee Champions League in Gaziantep. In October 2022, Turkey will also host the Amputee Football World Cup. I wanted to share this good news with our sports community,” Kasapoğlu said.

The previous edition of the tournament was held in Mexico in 2018. The Turkish national amputee team finished the competition as runner-up after losing to Angola in a penalty shoot-out following a goalless draw.

Prior to joining the World Cup, the Turkish national team left its impression on parasports after clinching the European title. In 2017, Turkey won the European championship after defeating England 2-1 in a final held in front of 40,000 spectators that filled the Vodafone Park in Istanbul.

Speaking about Turkey’s investments to improve sports infrastructure and culture, the minister said the government is doing everything in its capacity.

“We are not offering just hollow words when we say we support many branches of sports, we prove it through our actions. Today, we are hosting footballers who have arrived from different parts of the world. I wish to extend our welcome to them and wish them success in the upcoming competition,” Kasapoğlu said.

The Amputee Champions League, which kicked off on Friday, will run through the weekend among five clubs. Gaziantep-based Şahinbey Belediye will be representing Turkey. The other teams include Italy’s Vicenza Calcio, Poland’s Legia Warszawa, Georgia’s AFC Tbilisi and Azerbaijan’s Karabakh F.K.

“I would also like to thank the Turkish authorities for being with us. I hope this organization, which has started with a wonderful ceremony, will also end in a similarly wonderful fashion,” Vildajk said.