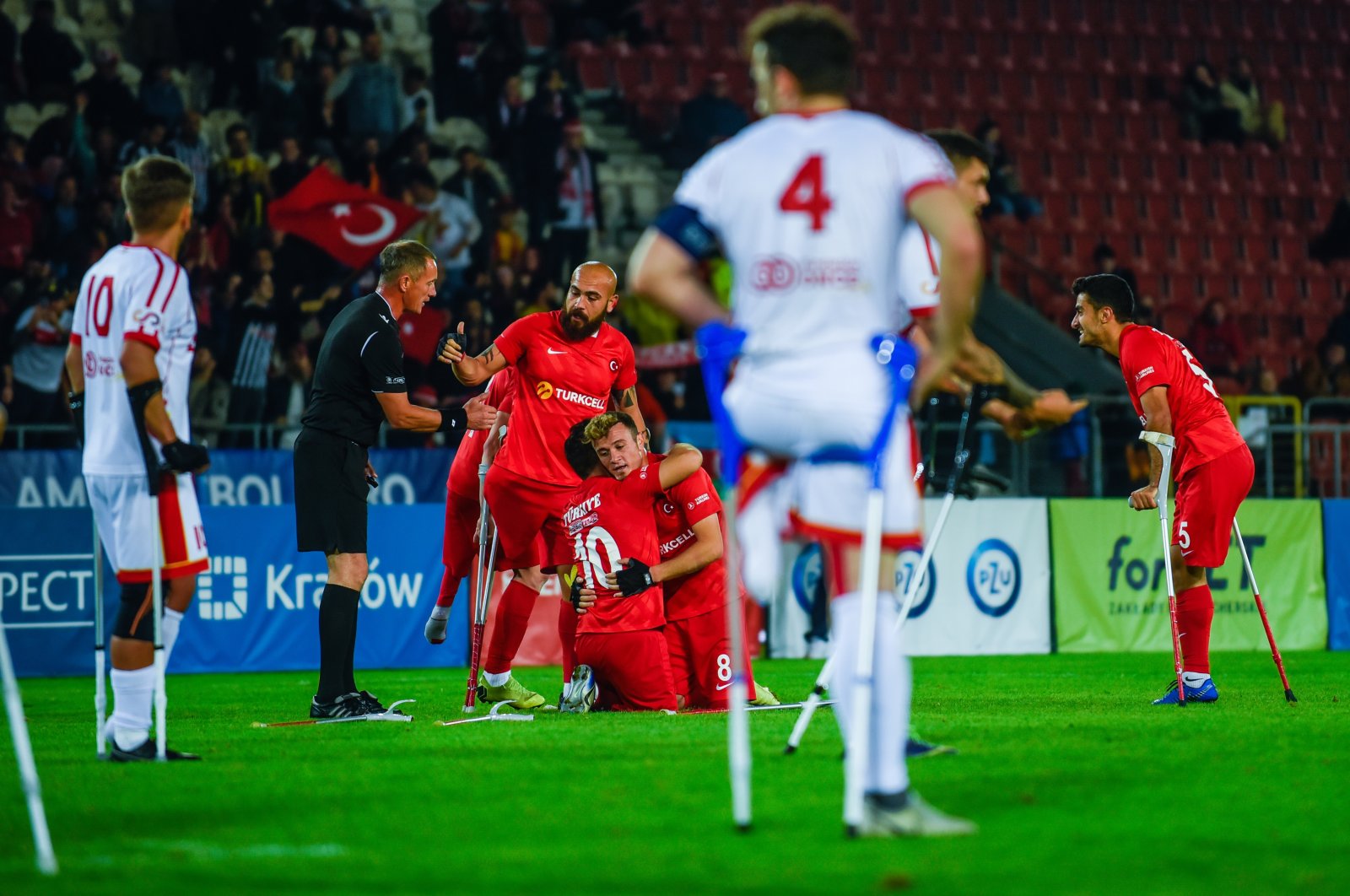 Turkey sealed a back-to-back European championship title on Sunday after the national amputee football team defeated Spain 6-0 in the final of the competition.

Turkey clinched the trophy with a hat-trick from Ömer Güleryüz, a brace from Kemal Güleş, and a goal from Rahmi Özcan at Cracovia Stadium in Krakow, Poland.

They dominated the tournament by scoring 36 goals and conceding only two.

Turkey had previously lifted the title back in 2017 after beating England 2-1 in the Istanbul final.