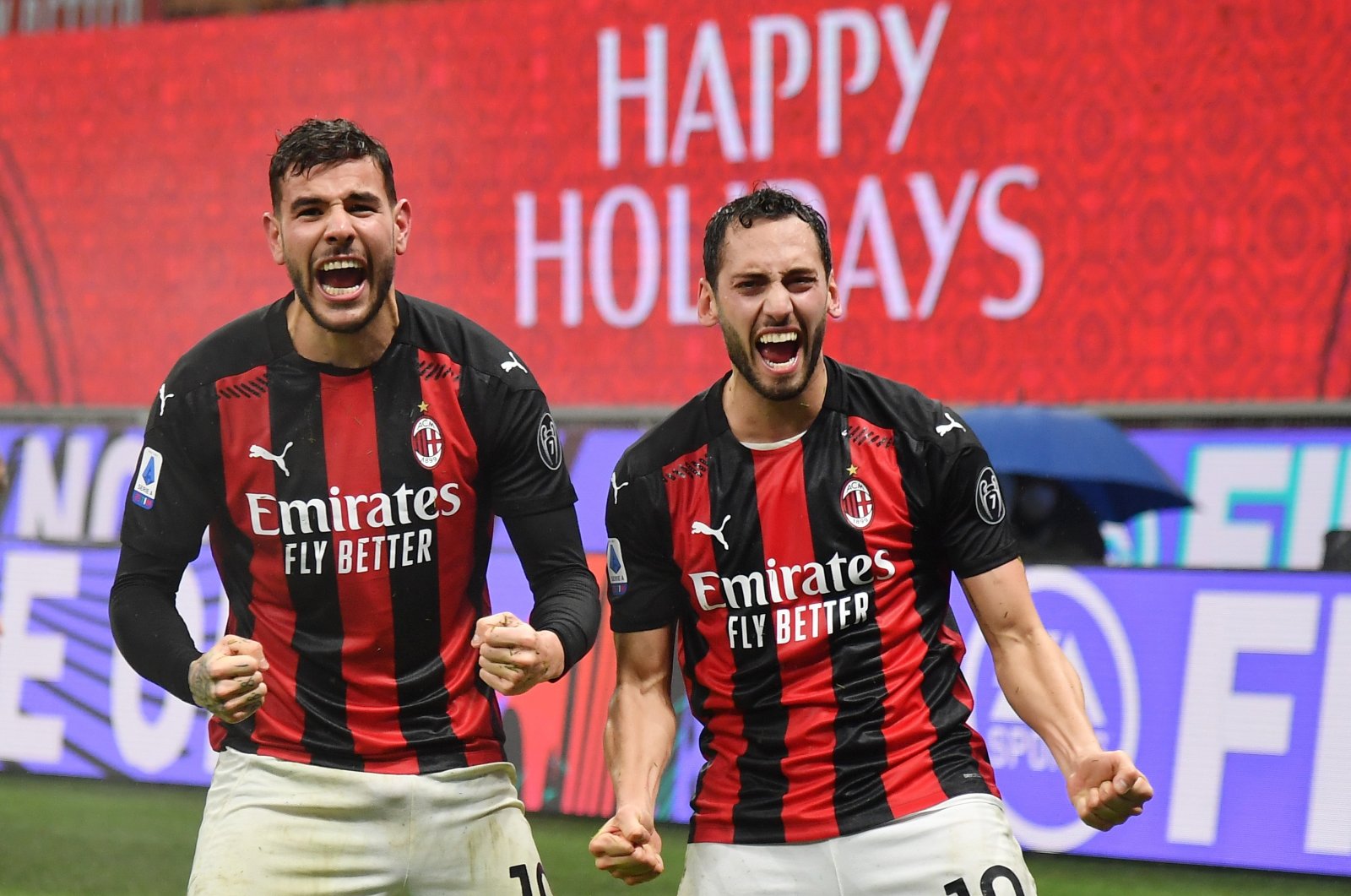 Turkish midfielder Hakan Çalhanoğlu inspired Italian powerhouse AC Milan with a goal and two assists in a 3-2 win against Lazio on Wednesday, helping the Rossoneri finish the year at the top of the Serie A table.

Milan opened the scoring in the 10th minute as Ante Rebic put the ball into the bottom right of the net after connecting with Çalhanoğlu’s corner.

The Eagles, however, got back into the match in the 28th when they were awarded a penalty on a video-assisted referee (VAR) review after Pierre Kalulu caught Joaquin Correa from behind.

Gianluigi Donnarumma saved Ciro Immobile’s spot kick but Luis Alberto headed in the rebound to make it 2-1 for the visitors.

The comeback was completed in the 59th. Immobile had scored in all but one of his previous 12 matches and he did so again with an angled drive into the bottom right corner after a perfectly-lofted pass from Sergej Milinkovic-Savic.

Milan twice came close to restoring its lead in the dying minutes and it finally did so when Hernandez headed in another brilliant corner by Çalhanoğlu.

Milan's win was made all the more impressive as they were missing several key players including talismanic striker Zlatan Ibrahimovic, defender Simon Kjaer and midfielder Ismael Bennacer.

Even so, coach Stefano Pioli played down talk of winning a first Serie A title since 2011 and tiptoed around the subject.

"I continue to keep enthusiasm low for that, Juventus and Inter are the favorites for the Scudetto," Pioli was quoted as saying by Reuters.

"We have to consider the investments made by the respective teams, the history of the players and the championships.

"If the table is still like this in April, we would be thinking differently. Now let's think about winning every match, then we'll see where we can get to."

With Serie A going into a two-week break after 14 rounds, Milan has a 10-point advantage over defending champion Juventus, which lost 3-0 at home to modest Fiorentina on Tuesday.

There was some more Turkish delight in Europe as French table-toppers Lille also joined the party Wednesday night.

Lille's veteran Turkish striker Burak Yılmaz scored a goal in the dying minutes of the match to clinch a crucial 3-2 win against Montpellier.

Timothy Weah gave Lille a first-half lead with his third goal in five games, but Montpellier leveled through Gaetan Laborde in the 57th minute.

Jonathan Ikone's penalty put the visitors back in front, but Montpellier hit back again as Andy Delort struck 20 minutes from time.

Lille refused to be beaten, though, and Turkish international Yılmaz came off the bench to grab an 86th-minute winner.

The 35-year-old striker has now scored seven league goals since signing from Istanbul powerhouse Beşiktaş in the close season and is proving crucial to Lille's challenge.

Despite being tied with leader Lyon at 36 points, Lille finished the year at second place due to goal difference.