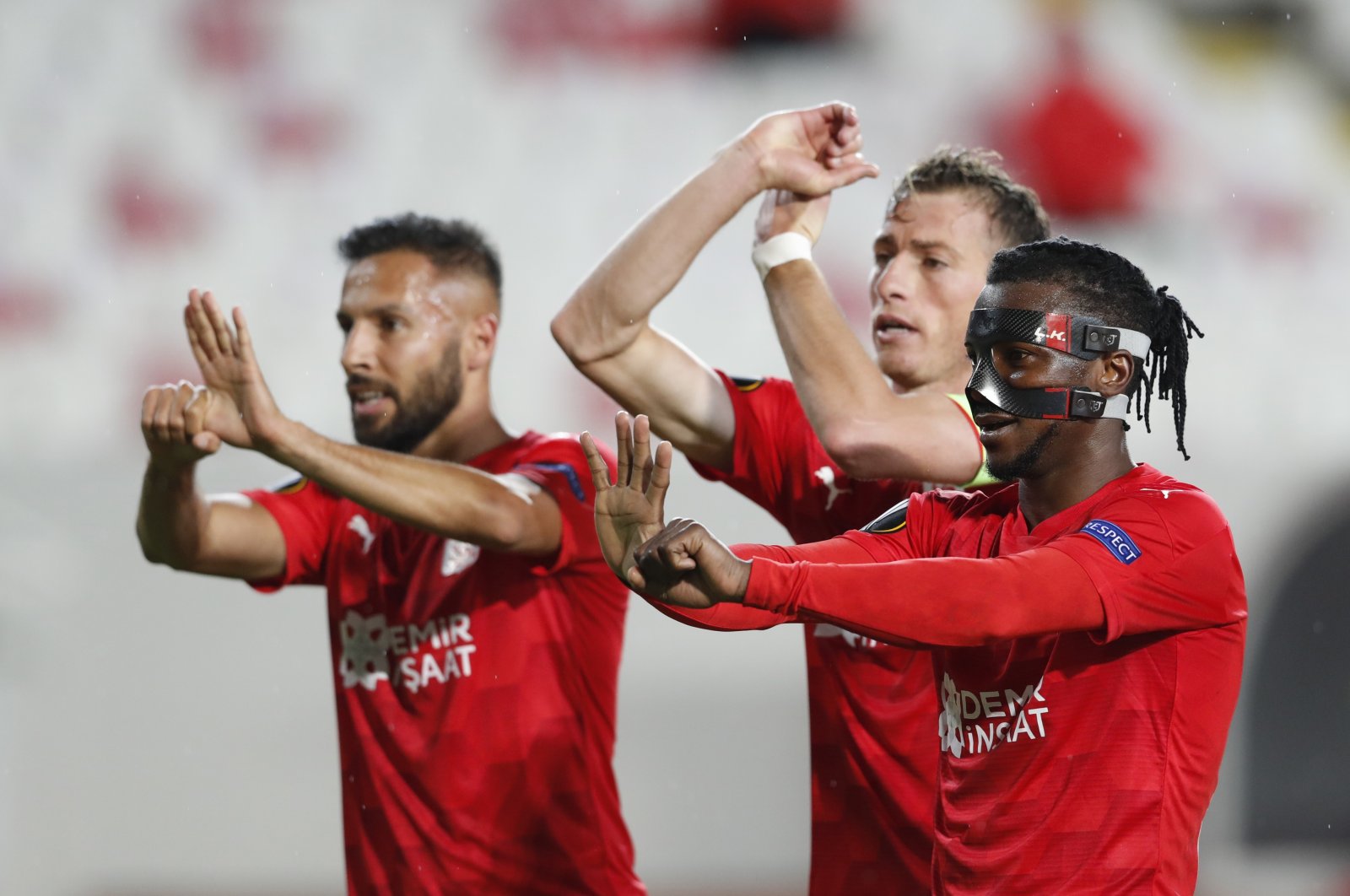 Caner Osmanpaşa scored the opening goal in the 11th minute with a header after connecting with Faycal Fajr's excellent corner kick.

Qarabag came close to equalizing in 31st after Wilde-Donald Guerrier collected a pass inside the box but his shot went off the post.

Sivasspor's Casimir Ninga wasted a similar chance in 38th after his shot went narrowly off the right post, and three minutes later the Süper Lig side failed to extend its lead again when Erdoğan Yeşilyurt's excellent header inside the penalty area was stopped by an on-point Qarabag defense.

Both sides came close to scoring again in the second time with Mahir Emreli for Qarabag and Olarenwaju Kayode, but both of them wasted their chances.

The Turkish side finally broke the deadlock in 88th when Kayode lifted the ball over Qarabag goalkeeper Shakhruddin Makhammadaliev to make it 2-0 and seal the victory.

The two clubs will meet each other again later this month after the two-week international break. The match will be held in Istanbul's Fatih Terim Stadium upon Qarabag's request after UEFA announced last month that no matches will be held in Armenia or Azerbaijan due to the ongoing military conflict in the Nagorno-Karabakh region.

In the other match of Group I, Villarreal defeated Maccabi Tel Aviv 4-0 to maintain its perfect run in the tournament.

Following Thursday's matches, Villarreal leads the group with nine points, followed by Maccabi Tel Aviv with six. Sivasspor ranks third with three points and Qarabag stands at the bottom with no points.