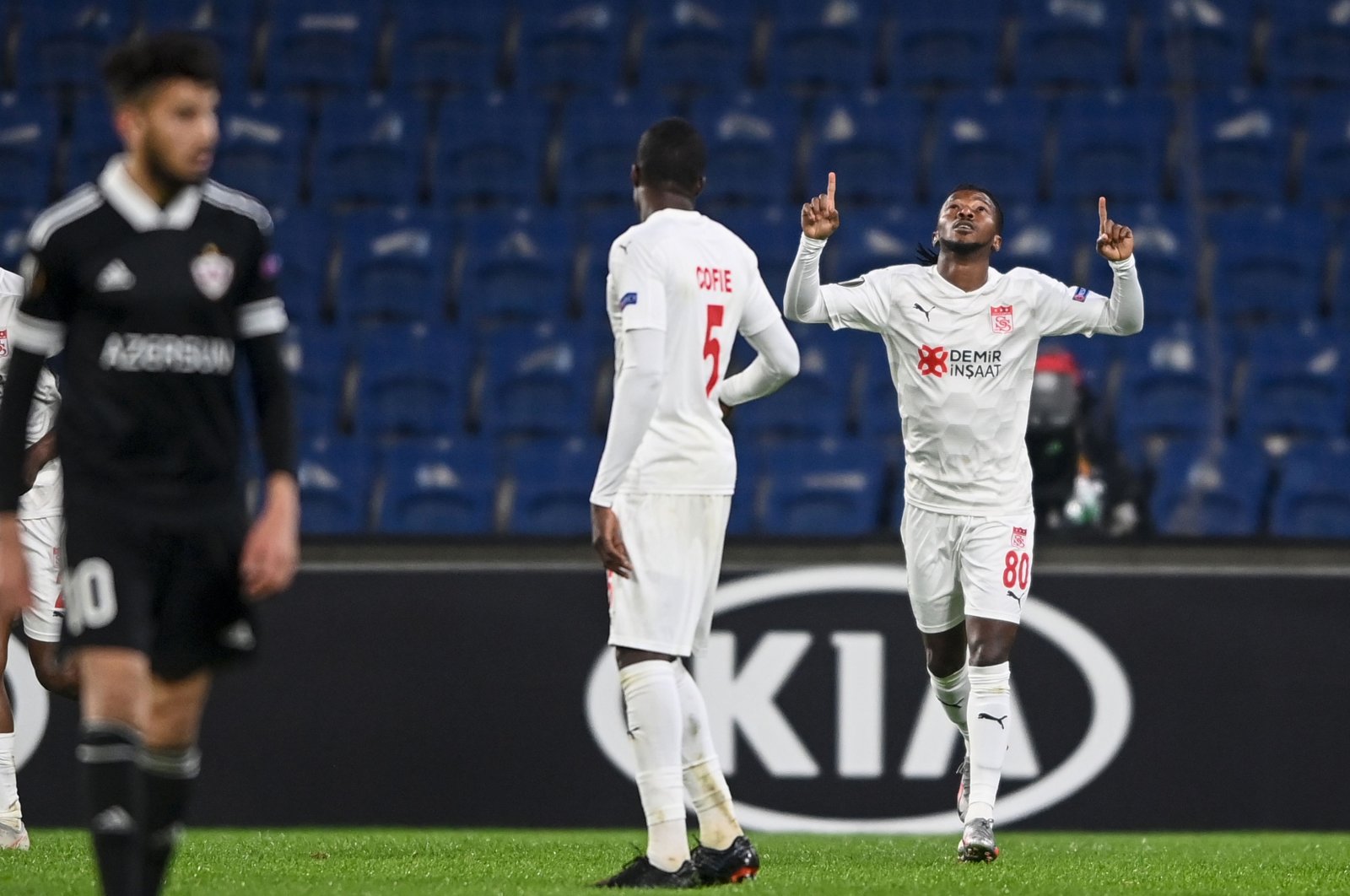 Nearly a half-hour after the opener by Qarabag's Abdellah Zoubir at the eighth minute, the Turkish side equalized as Arouna Kone converted a penalty, determining the first half.

Qarabag was quick to strike again in the second half as Serbian scorer Nemanja Matic sent the ball into the net in the 51st minute as his left-footed shot in the penalty area beat Malian goalie Mamadou Samassa.

Olarenwaju Kayode leveled the score again seven minutes later with a header for the Turkish side.

Sivasspor’s Kone took center stage yet again at the 79th minute of the rather neck-to-neck match, in which five players were booked yellow cards, by scoring his second goal, and his team’s third, with a classy, long shot that ultimately determined the result of the match.

Previously standing at third place with three points, a failure to win would have dashed Sivasspor’s hopes of reaching the knockout stages with only two matches to go.

Thanks to the victory, however, the squad will be able to continue its journey in the UEFA Europa League in its efforts to reach the knockout stage and further. With Thursday's win, Sivasspor increased its point total to six to hold its third spot, while Qarabag will stay at the bottom of Group I without any points.

Despite originally being scheduled as an away game in Azerbaijan, the match was played in Turkey instead upon Qarabag's request after UEFA announced last month that no matches would be held in Armenia or Azerbaijan due to the military conflict that erupted in the Nagorno-Karabakh region.

While home and away games mean little during the coronavirus pandemic due to the lack of spectators, having the match in Turkey saved Sivasspor the trip to Qarabag and allowed it to play on more familiar turf.