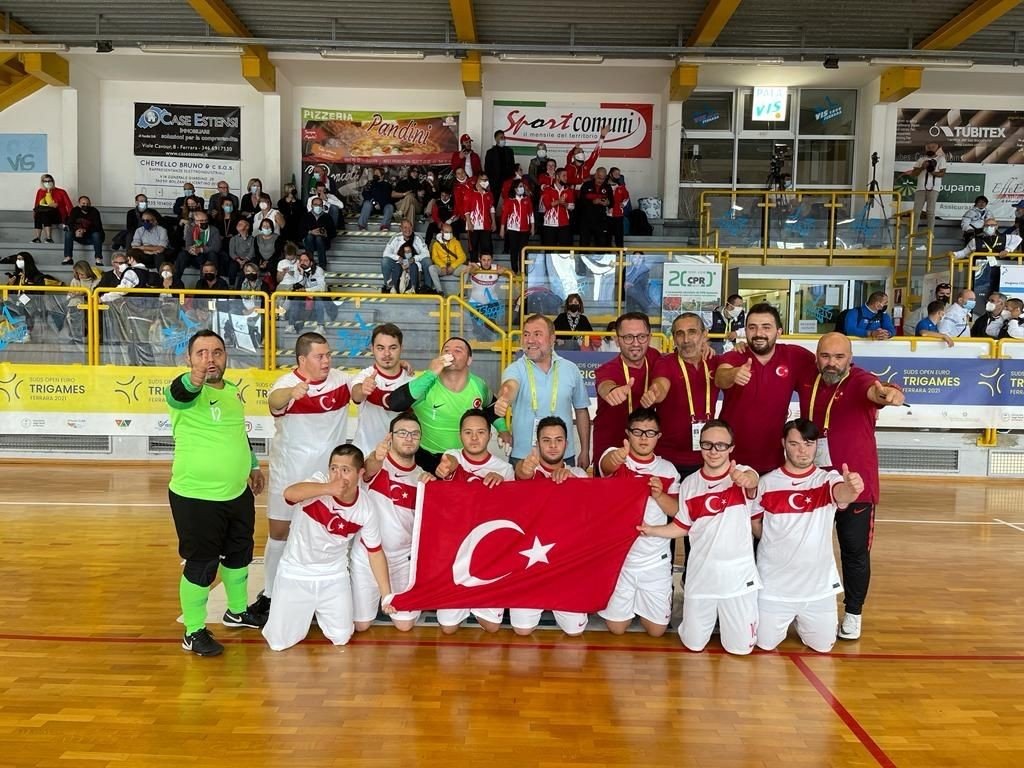 Turkey's National Futsal Team with Down Syndrome poses with the Turkish flag after beating Portugal at the Trigames in Ferrera, Italy, Oct. 10, 2021. (AA Photo)
by DAILY SABAH
Oct 10, 2021 5:13 pm

The Turkish down futsal national team became the European champions after defeating Portugal on Sunday.