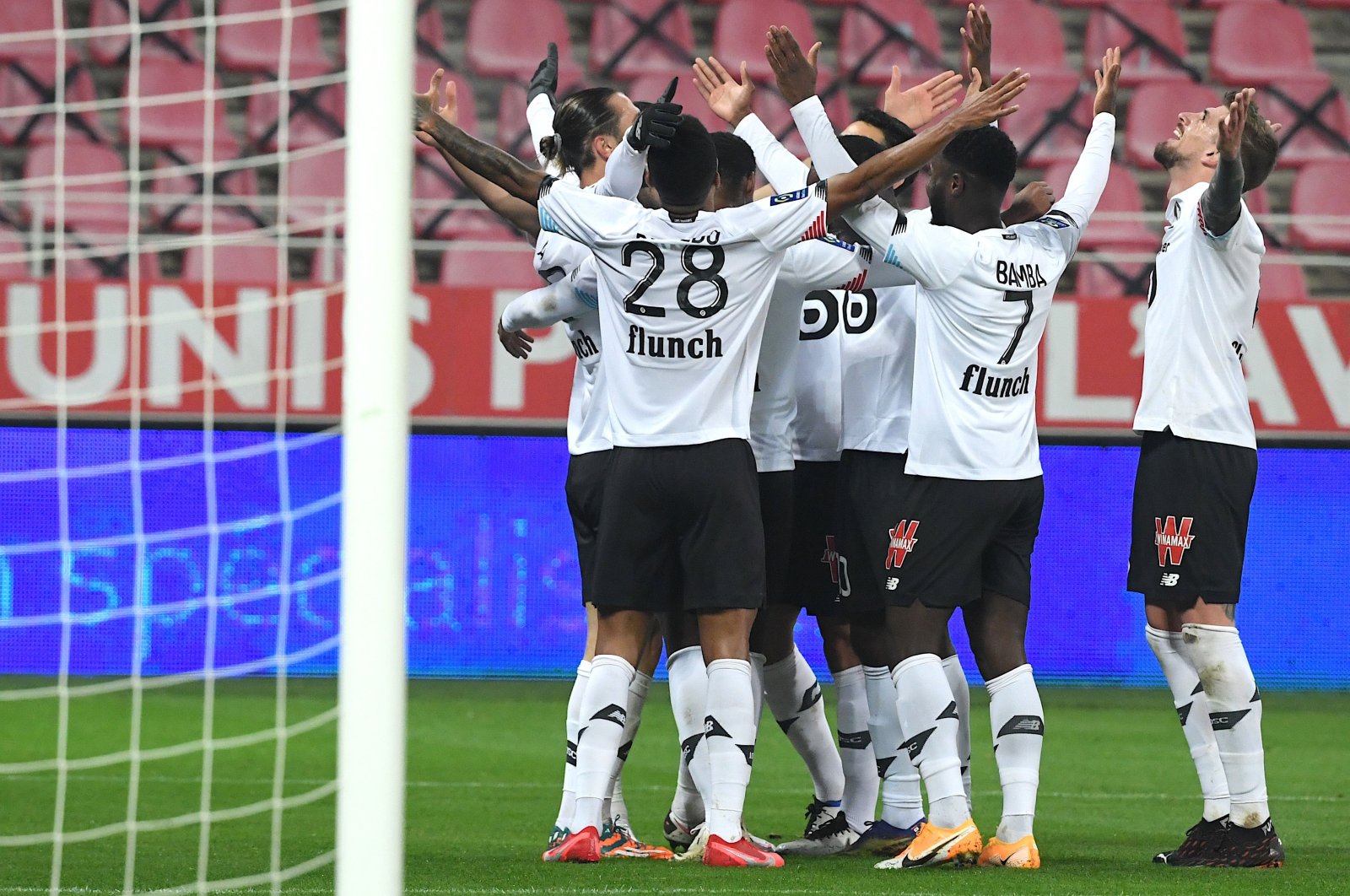 In-form Turkish international Yusuf Yazıcı scored the winner as Lille stretched their Ligue 1 lead with a solid 2-0 victory at bottom side Dijon on Wednesday, piling the pressure on their title rivals.

Table-toppers Lille sit three points clear of second-placed Lyon, who host Brest later in the day, with defending champions Paris Saint-Germain (PSG) a point further adrift ahead of their match against Lorient.

Lille president and owner Gerard Lopez revealed earlier on Wednesday that he could sell the club to foreign investors, against the backdrop of a difficult financial situation exacerbated by the coronavirus pandemic.

“I’m analyzing the takeover offer I received,” Lopez told the Agence France-Presse (AFP), adding that if a sale took place he would “completely withdraw” from the club.

“I’m happy that the work we’ve done and the sporting success we’ve achieved at Lille are being recognized by foreign investors in these difficult times for French football.”

But Lille continued their serene progress on the pitch this season, as Turkish international Yazıcı gave them a 19th-minute lead with his fifth league goal of the campaign on only his third Ligue 1 start this term.

The 23-year-old calmly slotted home compatriot Zeki Çelik’s cutback to the net for the 11th time in all competitions making for a breakthrough season.

Lille thought they had been awarded a late spot-kick for a trip on Burak Yılmaz, another Turkish international, but the decision was overturned following a VAR review.

Christophe Galtier’s men did double their advantage in injury time, though, wrapping up the three points as Timothy Weah, son of former Ballon d'Or winner George Weah, grabbed his first Ligue 1 goal since scoring for PSG in August 2018.