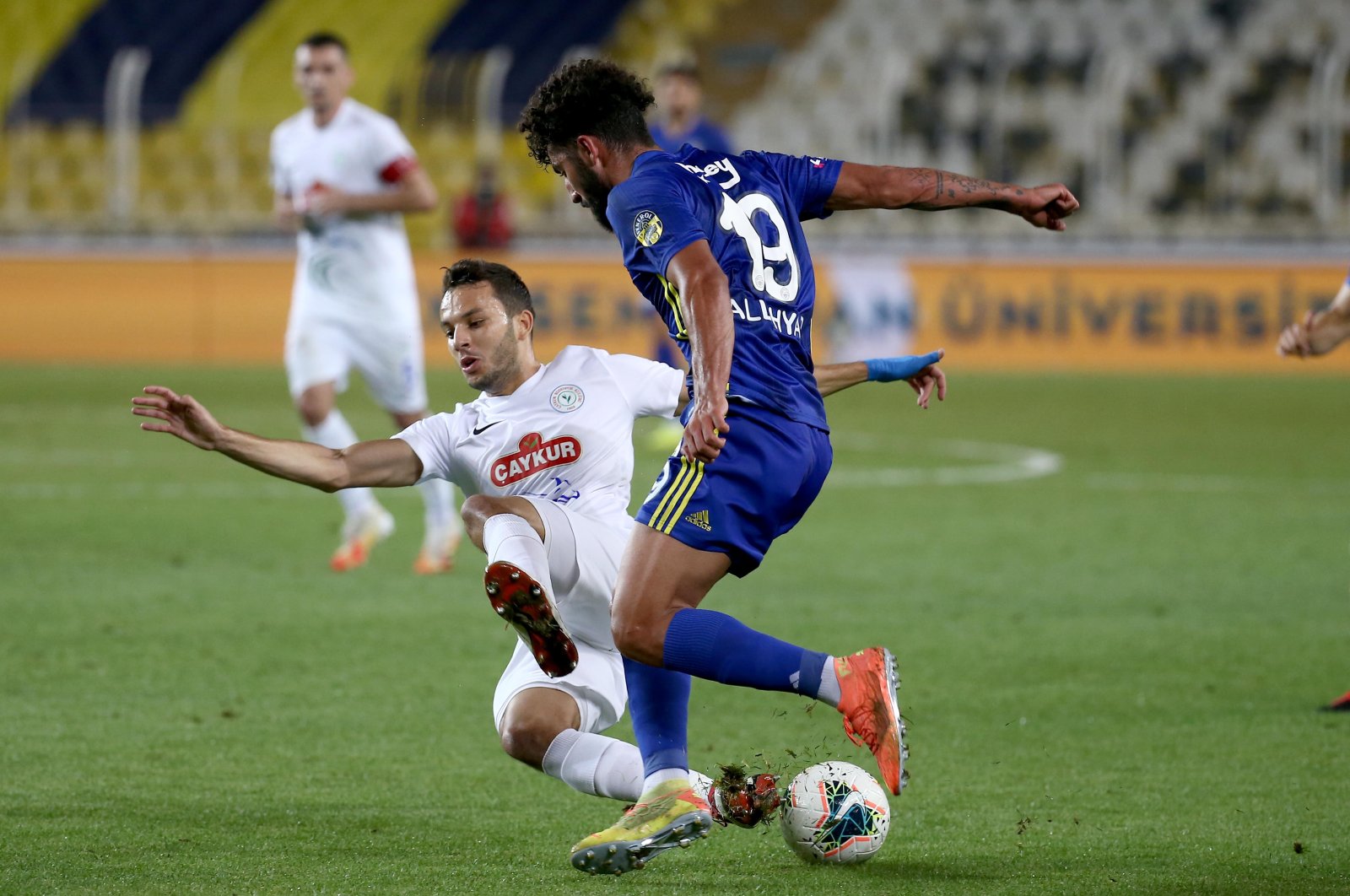 Turkey's top-tier football division, Süper Lig, will kick off Friday with games behind closed doors as the coronavirus pandemic continues to loom over the sports world

In less than two months after welcoming its sixth-ever champion, Turkish Süper Lig kick backs into action with a fresh season, as Istanbul powerhouse Fenerbahçe visits Black Sea club Rizespor for the opening match on Friday.

It will be a season of firsts for both the teams competing for the trophy and fans watching at home.

Forced to conclude at the very end of July after the coronavirus pandemic interrupted last season’s matches for more than three months, clubs had the shortest-ever summer break with just seven weeks to prepare for the new season.

While the coronavirus sucked the joy out of the game for fans, as spectators haven’t been allowed in the stadiums since the outbreak began, it offered an unexpected outcome for viewers at home craving for more action: more teams and more matches.

As the Turkish Football Federation (TFF) removed relegation last season to avoid creating an unfair situation for teams at the bottom of the table, this year’s Süper Lig will, for the first time, have 21 teams competing for the trophy.

Coming in fresh from second-tier TFF 1. Lig, Hatayspor, Erzurumspor and Karagümrük will try to prove that they are here to stay.

But to return the number of teams in Süper Lig to regular 18 counts eventually, this season and the following two years will have four teams relegated, instead of the usual three.

Friday’s match against Rizespor could give early indications for Fenerbahçe fans whether things at the club will finally begin to improve, or if it will be another disappointing run.

After saying goodbye to the club’s president of 20 years, Aziz Yıldırım, Fenerbahçe fans had sky-high expectations from the young and energetic new president Ali Koç. And him being the heir of Turkey’s richest family only fueled the excitement of Fenerbahçe fans further.

But the last two seasons turned into utter disappointment as the Yellow Canaries finished sixth in 2019 and seventh in 2020. The Istanbul side also failed to secure a place for European tournaments during Koç’s tenure.

To make things worse, Fenerbahçe’s hopes to rejuvenate the team with fresh signings were crushed after TFF introduced spending limits for clubs to create fairer competition and to avoid clubs running themselves into bankruptcy with exorbitant and sensational signings.

Among the Istanbul’s big three, Fenerbahçe was allowed the smallest transfer limit with only a TL 177.5 million ($24 million) budget, while its archrival Galatasaray was allowed to spend TL 493.3 million. TFF allocated the remaining Istanbul giant Beşiktaş a TL 299.9 million limit.

Despite its spending limit being severely restricted, Fenerbahçe managed to sign new and former players on free transfers, and a new manager is sure to raise expectations.

Former Fenerbahçe players Caner Erkin and Gökhan Gönül were brought back from Beşiktaş, while Jose Sosa and Filip Novak were snatched from rival Trabzonspor. The team also had departures. The Yellow Canaries had to say goodbye to midfielder Emre Belözoğlu after the veteran decided to retire. Left-back Hasan Ali Kaldırım signed with Başakşehir on a free transfer, while midfielder Alper Potuk’s contract was not renewed.

But the biggest change will be the club’s new manager Erol Bulut. After parting ways with coach Ersun Yanal halfway into the second half of the last season and playing the remaining matches under caretaker Tahir Karapınar, the Istanbul side appointed Erol Bulut as the head coach last month.

Friday’s match, or any other match for the first half of the season, will be played without any fans present in the stands, due to the ongoing coronavirus risk.

After a decreasing number of coronavirus cases in the country, TFF toyed with the idea of allowing a limited number of fans in the stadiums.

The federation went as far as to announce a draft plan to allow stadiums to host fans up to 30% of their respective capacities but had to abandon it at the last minute following an advisory from the Health Ministry.

A day after Health Minister Fahrettin Koca said the federation was advised to abandon its plans, TFF last week announced that matches for the first half of the season would be played behind closed doors.

Apart from Fenerbahçe’s season opener, the most exciting match of the week will undoubtedly be the clash between Trabzonspor and Beşiktaş on Sunday.

Last year’s runner-up Trabzonspor will host Istanbul side Beşiktaş in the Black Sea region, where stakes and tensions will run high.

With both sides always considered to be contenders for the league trophy, a setback this early into the season could lead to a bad start to the season.

For Trabzonspor, the match could also serve as an apology for its fans after losing its title bid in such a dramatic fashion.

Beşiktaş, meanwhile, will try to avoid falling behind its Istanbul rivals with a defeat. The match will also be a test for coach Sergen Yalçın, whose future at the club could come into danger in the event of a defeat after receiving heavy criticism for being knocked out of the Champions League following a 3-1 defeat by PAOK last month.

For other matches of the week, Galatasaray will host Gaziantepspor in Istanbul on Saturday, while defending champion Başakşehir will visit newcomer Hatayspor on Monday.