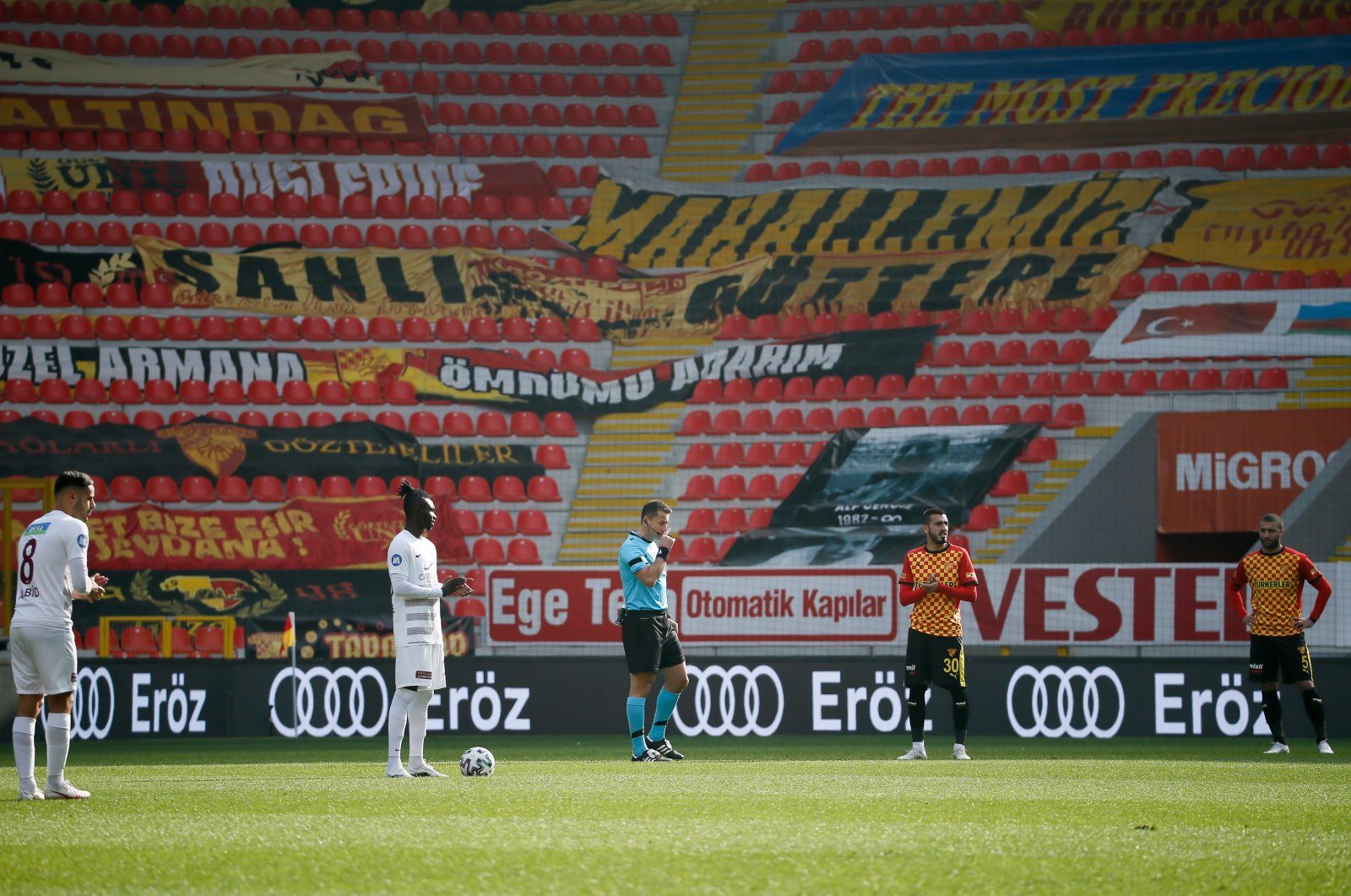 The Turkish football clubs are protesting against the top tier league's broadcaster this week as Qatar's beIN Media Group failed to fulfill its economic obligations.

"All football players will protest (beIN Sports) by not playing the game for 60 seconds after the starting whistle in the matches in the Turkish Süper Lig's week 13 and TFF (Turkish Football Federation) First League's week 15," a mutual statement of the Turkish football unions of the Süper Lig and First League clubs read Friday.

The unions said clubs are facing serious financial trouble as beIN Sports has been delaying its payments to the clubs for a long time.

They also called on Digiturk beIN Media Group to solve the financial problems of the clubs urgently by fulfilling its obligations.

Digiturk is the leading Turkish satellite television provider that is part of the global sports and entertainment group, beIN Media Group.

beIN SPORTS is the sports network of this group, which has been airing the Turkish Süper Lig and First League, French Ligue 1 and Italian Serie A, as well as the UEFA competitions; the Champions League, Europa League, and Super Cup.

Digiturk announced that it has paid TFF the broadcasting rights fee for all matches played in the 2020-2021 season.

The decision to not play the game for 60 seconds to protest against the media group, surprised Digiturk, it added.

"Digiturk made the full payment for broadcast rights for the 2019-2020 season, while many broadcasters around the world refused to make (the payments) due to the COVID-19 outbreak.

"Also, Digiturk and TFF continue to work on a payment plan for the remainder of this season to overcome pandemic challenges together in mutual consensus."

Digiturk called the decision "baseless" and "unfair" and added that it will adversely affect the market value of Turkish football.