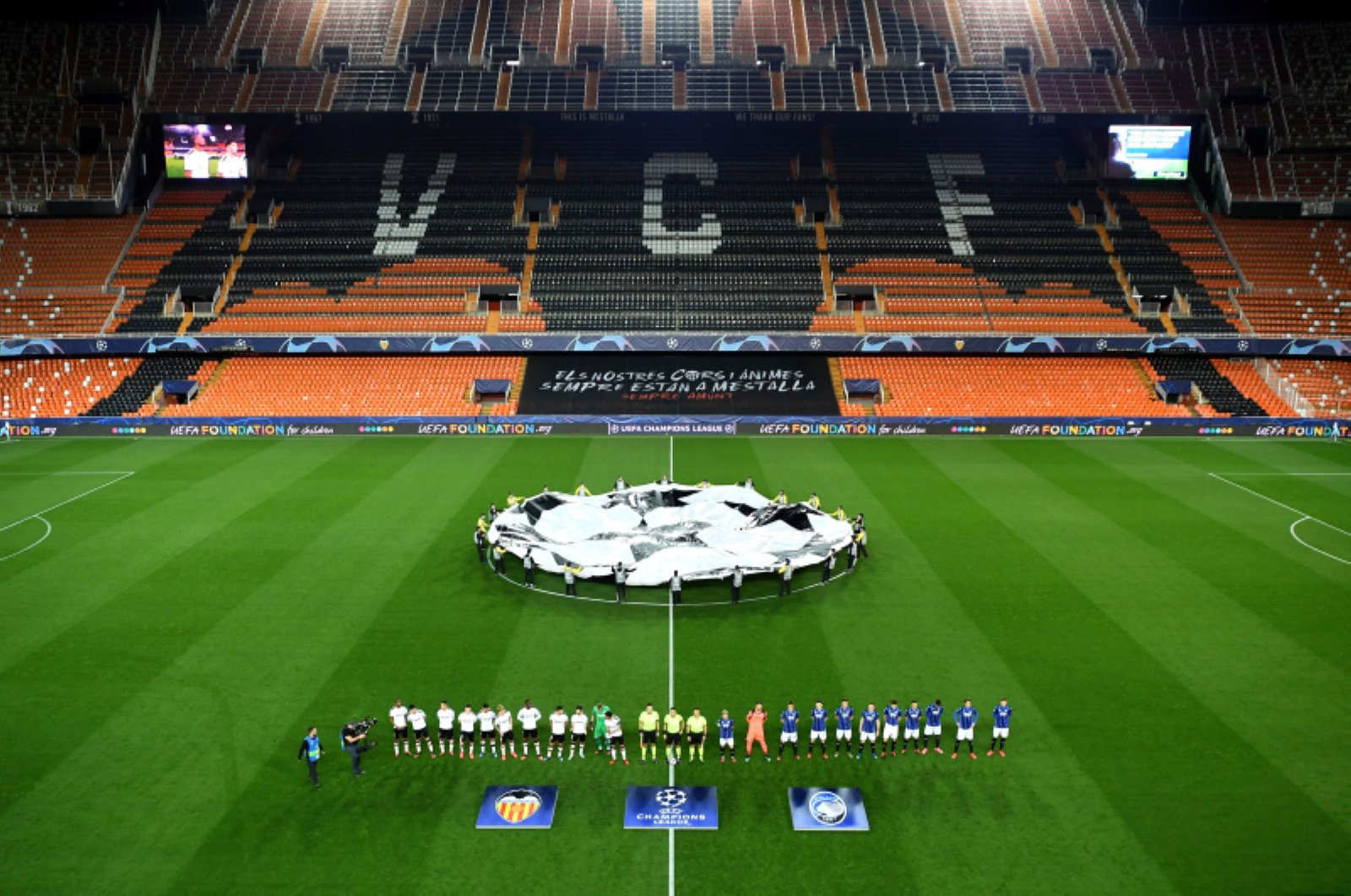 Atalanta and Valencia players line up ahead of the Champions League round of 16 second leg soccer match between Valencia and Atalanta in Valencia, Spain, Tuesday March 10, 2020. The match was played in an empty stadium because of the coronavirus outbreak. (UEFA via AP)
by Compiled from Wire Services Mar 23, 2020 8:59 pm

"No decision has been taken on rearranged dates," said UEFA in a statement. All three competitions are currently suspended along with almost every European domestic league because of the coronavirus.

UEFA last week postponed the Euro 2020 tournament until next year.

The novel coronavirus first emerged in Wuhan, China last December and has spread to at least 169 countries and regions, according to data compiled by the U.S.-based Johns Hopkins University.

More than 329,000 confirmed cases have been recorded worldwide with the death toll now approaching 14,400, while over 97,000 have recovered.