US clinches CONCACAF Gold Cup with extra-time win over Mexico 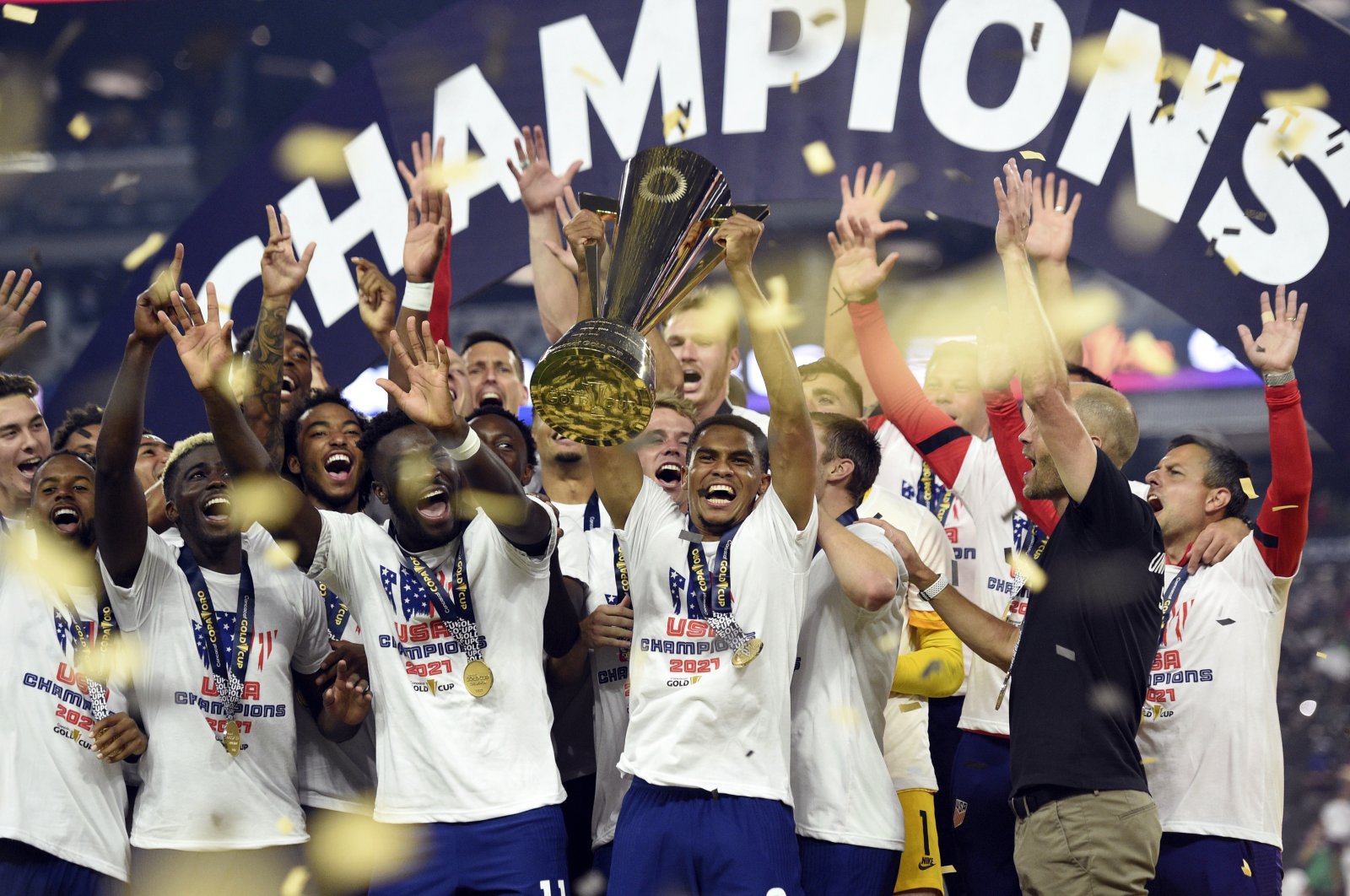 Miles Robinson headed in the winner in Las Vegas, soaring over Mexican defender Edison Alvarez deep into the extra time and bouncing it past goalkeeper Alfredo Talavera to set off a wild celebration at the Allegiant Stadium.

"I am happy we got the win," said Robinson. "Just awesome, crazy emotions. I knew if I could get open and get a half step then I could finish it."

Matt Turner was also superb in goal for the upstart Americans, who finished undefeated in the biennial North American showcase tournament.

This was the American team's first Gold Cup title since 2017 and avenged a defeat to Mexico in the 2019 final.

USA has now defeated Mexico in back-to-back tournaments for the first time. It also beat Mexico in extra time in the CONCACAF Nations League final in early June.

The game was played in Las Vegas but it might as well have been Mexico City, with the flag-waving, sold-out crowd of over 60,000 a sea of Mexican supporters in green and red.

It was a familiar scene for the American team, used to being treated like a visiting team on home soil whenever they play Mexico.

Seeking its ninth Gold Cup win, Mexico controlled the first half but the USA fought back after the break, carrying its momentum into extra time.

Robinson scored the winner in the 118th minute after teammate Kellyn Acosta sent a deep free kick into the 18-yard box.

USA made the final thanks to Turner's heroics, despite fielding one of its youngest lineups ever in a Gold Cup.

Both Turner and Talavera made huge saves Sunday, to keep it scoreless through regulation.

Turner, who plays for the New England Revolution of the MLS, started every game and posted five shutouts.

He is hoping his performance in the Gold Cup will earn him a spot on the national team for World Cup qualifying.

Turner was frequently tested in Sunday's game, especially in the first half, when he kept his team in the contest. One of his best saves came in the 30th minute, when he stopped Mexico's Rogelio Funes Mori from close range.

Funes Mori headed the ball to himself to get behind the US defense, but he couldn't beat Turner in tight.

Turner, who was named Best Goalkeeper of the event, also made a brilliant save on a Funes Mori header off a corner kick in the 11th minute, diving to keep the ball out of the net.

Mexico came out flying to start the second half and had a trio of chances in the first seven minutes but was unable to find the target.

That's when USA started to create some quality chances that were missing in the first half.

Talavera's best save came in the 74th minute when American Paul Arriola won a footrace to a loose ball but couldn't beat the Mexican keeper, who somehow managed to block it with his upper body.