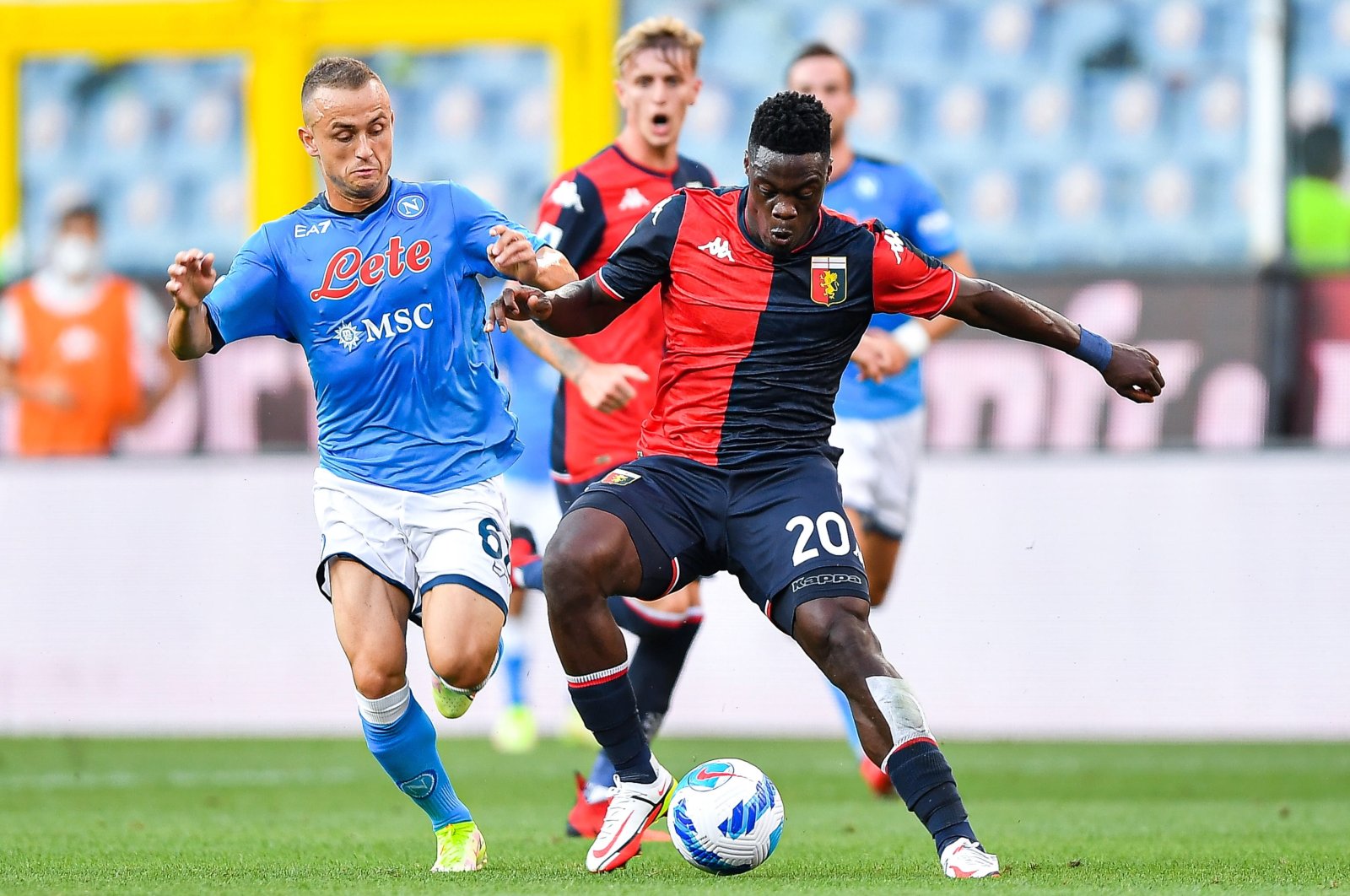 Italy's oldest team Genoa confirmed Thursday it had been bought by Miami-based investment company 777 Partners, becoming the sixth Serie A side to come under American ownership.

The company purchased the club from long-time owner Enrico Preziosi.

The private investment firm is the latest U.S. owner in Italy's top league following the acquisitions of AC Milan, Fiorentina, Spezia, AS Roma and Venezia.

Eight of the 20 top-flight Italian clubs now have foreign owners, including China’s Suning Group at Inter Milan and Canadian Joey Saputo at Bologna.

Foreign investors see an opportunity to grow revenues by bringing their management expertise into the world's most popular sport, especially at a time when many clubs are struggling due to the pandemic and need an injection of funds.

777 Partners will purchase 99.9% of the club's capital, inject fresh funds and "assume certain related liabilities," said a joint statement, without giving any financial details of the deal.

A source close to the matter said the deal values the club at 150 million euros ($175.80 million), including debt.

Like other Serie A teams, Genoa, which ended 2020 with a 33 million euros loss, has been hit by the impact of the coronavirus, which put many clubs' finances under stress and left them looking for fresh resources.

"We are deeply honored to become part of a club with a history, heritage and tradition as great as Genoa," said Josh Wander, founder and managing partner of 777 Partners.

"We understand and respect the responsibility we are inheriting; we want to preserve and protect the proud legacy of the Rossoblu by aiming for the best possible placing in Serie A."

Preziosi will remain on the club's board of directors, while Chief Executive Alessandro Zarbano will continue to manage day-to-day operations, the statement said.

Preziosi, head of Italian toy manufacturer Giochi Preziosi, took over in 2003 when the nine-time Italian champion was in Serie B. Genoa was promoted four years later and has stayed in Serie A ever since.

However, the entrepreneur had been trying to sell the club for several years amid poor results which sparked protests by the fans.

"The time has come to pass the torch," said Preziosi. "I have always said that I would leave Genoa only to a strong and reliable new owner."

In addition to Genoa, founded in 1893, 777 Partners own a stake in Spanish soccer club Sevilla, as well as the U.K. basketball team London Lions.