With no wins in 4 matches, Turkey's hopes in Nations League fade 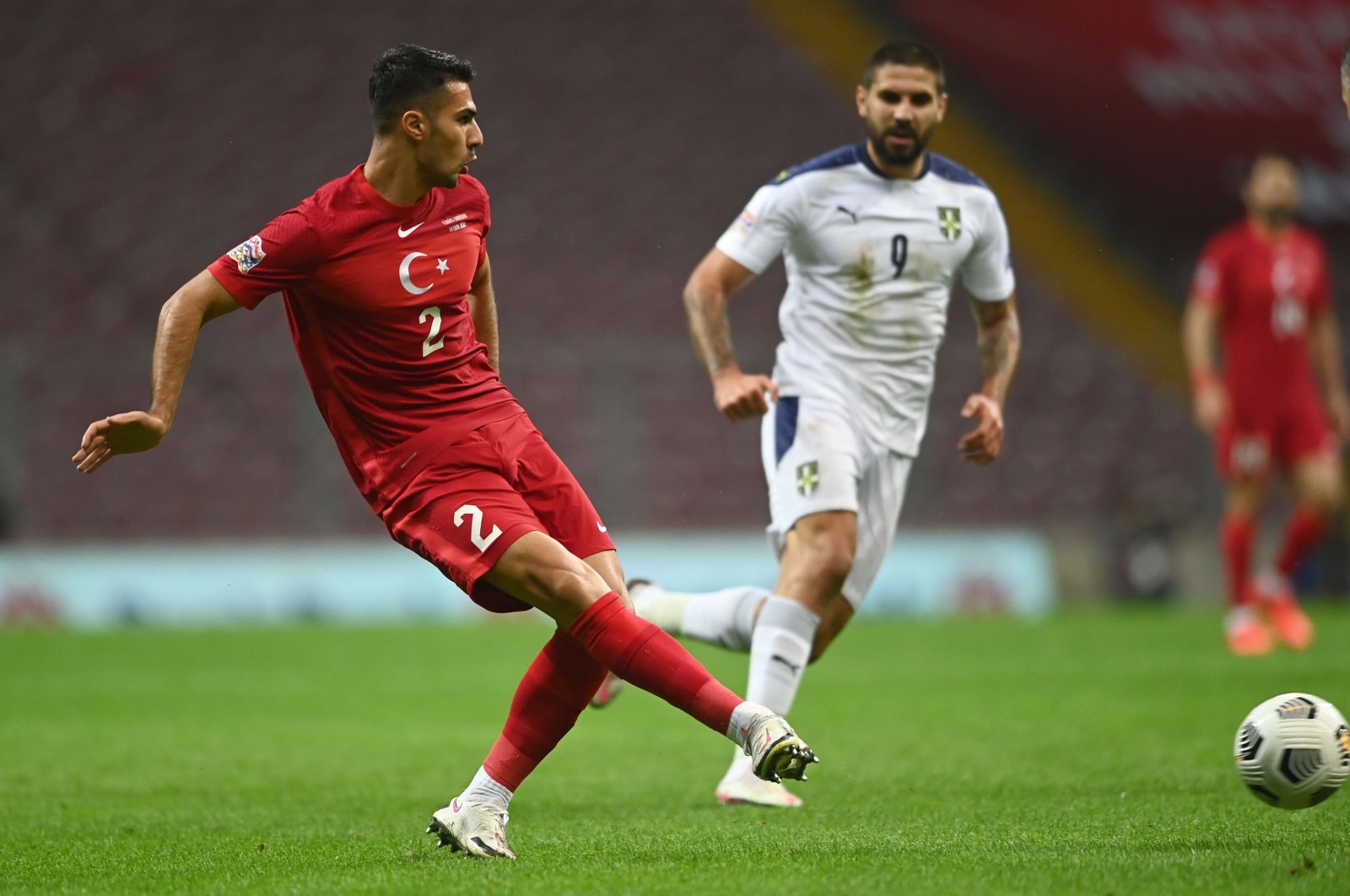 Turkey's hopes for securing a promotion for next year's UEFA Nations League were dimmed after the national team failed to win again, settling for a 2-2 draw with Serbia

Turkey drew 2-2 with Serbia on Wednesday in the UEFA Nations League with a second-half comeback, salvaging one point from a match that could have otherwise sent it to the bottom of the group.

Hoping to secure his side’s first victory in the competition, Şenol Güneş’s dreams were crushed quite early with a wake-up call from Serbia’s Sergej Milinkovic-Savic.

The Lazio striker scored the opening goal of the match in the 22nd minute with a classy header to the bottom right corner after connecting with Mihailo Ristic’s cross.

While the first half of the match saw no other goals scored, it was one part luck and one part good defense that helped Turkey avoid conceding another, as Serbia kept up a relentless offense for much of the following 30 minutes.

Minutes after the second half started, Serbia extended its lead with Aleksandar Mitrovic’s penalty in the 49th minute after Okay Yokuşlu brought down his opponent with a tackle inside the box.

But all was not lost yet. Switching to a more possessive game after the second goal, Güneş’s move quickly bore its fruits.

Turkey made it 2-1 with a 57th-minute goal by Hakan Çalhanoğlu, who finished with a low drive after collecting a pass from Kenan Karaman.

With a little bit of luck again, Turkey equalized the score in the 76th minute, when a volley attempt by Çalhanoğlu saw the ball bounce inside the box and end in front of Ozan Tufan, who quickly sent it past goalkeeper Marko Dmitrovic to the left post.

Meanwhile, Turkish striker Burak Yılmaz was sent off with a second yellow card after tripping his opponent.

Wednesday's match also marked the first time fans, even if only a tiny amount, were permitted inside a stadium since the beginning of the coronavirus outbreak in Turkey. The luxury boxes were allowed to be filled to 50% capacity, while the stands were once again left empty.

While Güneş fell short of his goals to both secure his side’s first win and get closer to the top of the table, the draw helped Turkey avoid a much more dramatic scenario: relegation.

Another silver lining for Turkey was the draw between Russia and Hungary in the group’s other match. Leader Russia was held to a goalless draw with Hungary in Moscow, ensuring no changes in the group’s standings.

With Russia at the top with eight points and Hungary following closely with seven, Turkey still has a chance, albeit very slim, to end the tournament as the group leader and earn a promotion to the top-tier League A.

But for it to happen, Güneş will have to shake things up and get results.

The next round of matches will be held on Nov. 15, with Turkey hosting Russia and visiting Hungary three days later.

Meanwhile, in Lisbon, goals from Bernardo Silva and a brace from Diogo Jota gave Portugal a comfortable 3-0 win over Sweden as the hosts made light of the absence of Cristiano Ronaldo due to a positive COVID-19 test.

Ronaldo's only contribution to the game was a post on Instagram around kickoff time cheering on his teammates as he remained in quarantine.

William Carvalho could have given the home side the lead in the opening minutes but his header came back of a post and bounced away to safety, and Sweden's defense struggled to deal with Portugal's pace and precision.

Silva opened the scoring in the 21st minute as Portugal won the ball back in the middle of the field and quickly countered, with Jota firing a pinpoint pass to Silva in the penalty area for a perfect first-time finish.

Marcus Berg went close to equalizing for Sweden with a powerful shot that hit the post, but the more the Swedes attacked the more vulnerable they were to Portugal's lightning-quick counterattacks.

Jota got on the scoresheet just before halftime, lashing home Joao Cancelo's cross from deep on the right to make it 2-0, and he added a superb third with a solo run and thumping shot in the 71st minute.

Sweden coach Janne Andersson will miss his side's next Nations League game against Croatia following his second yellow card of the tournament, the 57-year-old showing his frustration with refereeing decisions that went against his team.

With 10 points from four games, Portugal tops Group 2 in League A on goal difference ahead of France, which beat Croatia 2-1 in Zagreb. The Swedes are bottom of the group after slumping to four straight defeats.

Elsewhere in the night, Italy slipped to second place after it was held to a 1-1 draw by the Netherlands in a game that paid tribute to Bergamo's many victims of the coronavirus pandemic.

Poland moved top of Group 1 in League A after beating Bosnia-Herzegovina 3-0. It has a point more than Italy and two more than the Netherlands.

It was the first time in 14 years that Italy played a match in Bergamo, one of the cities hit hardest by the coronavirus pandemic. Before the game, a delegation from the federations of the two teams laid two wreaths at a cemetery in the city in tribute to the victims.

Italy took the lead in the 16th minute. Nicolo Barella played a perfect through ball for Pellegrini to run onto and drill past Netherlands goalkeeper Jasper Cillessen.

The Netherlands had scored just one goal in three matches but leveled with its first real opportunity nine minutes later as Van De Beek fired into the roof of the net from close range after a series of attempts had been charged down.

Italy had a number of chances to restore its lead, but the attempts were thwarted by several saves from Cillessen.