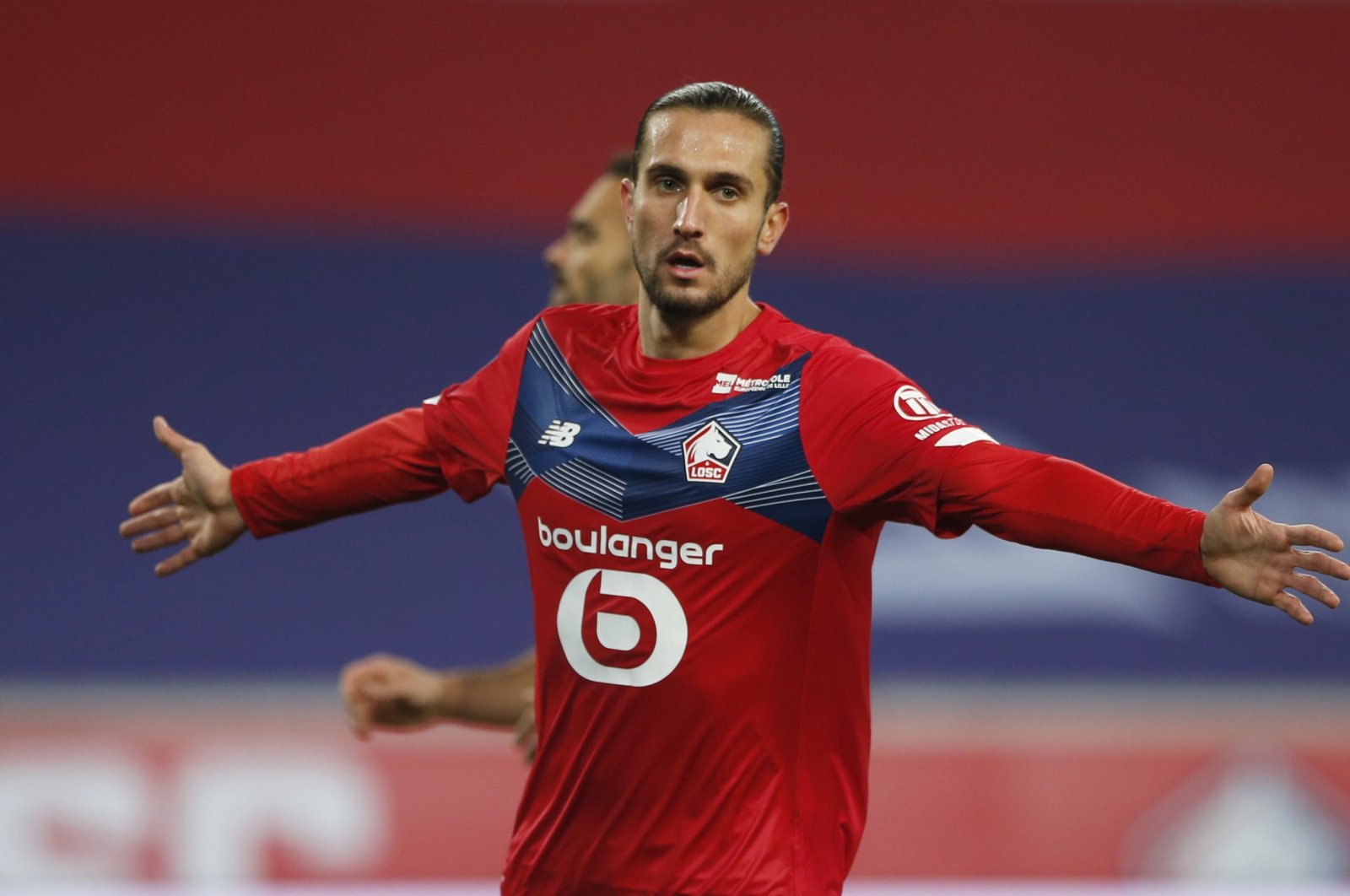 Lille's Turkish striker Yusuf Yazıcı scored twice and set up another goal as it hammered visitor Lorient 4-0 to narrow the gap with Ligue 1 leader Paris Saint-Germain to two points on Sunday.

Yazıcı scored in each half with Luiz Araujo and Jonathan David also scoring to put second-placed Lille at 22 points in 11 games after PSG lost 3-2 at Monaco on Friday.

He beat the offside trap to collect Jonathan Bamba's through ball and open the scoring with a low shot in the 29th minute.

The former Süper Lig player doubled the tally six minutes into the second half by latching onto a Jonathan David cross, six minutes before Araujo put the result beyond doubt with a left-footed effort after being set up by Yazıcı.

Canada forward David then scored his first goal for Lille from close range since joining from Gent during the close season, with one minute remaining.

The result left Lorient third from the bottom on eight points after its seventh defeat of the season.

Lyon is third with 20 points after a 1-0 win at Angers earlier on Sunday. Lyon, which is not playing in Europe this season, has now won four of its last five games after Kadewere volleyed home in the 78th minute at Angers.

Montpellier is surprisingly fourth, also on 20 points, following its 4-3 home win against Racing Strasbourg. On a three-match winning streak, Montpellier won the seven-goal thriller as Algeria striker Andy Delort scored twice against Strasbourg, which stands at second-bottom with six points.