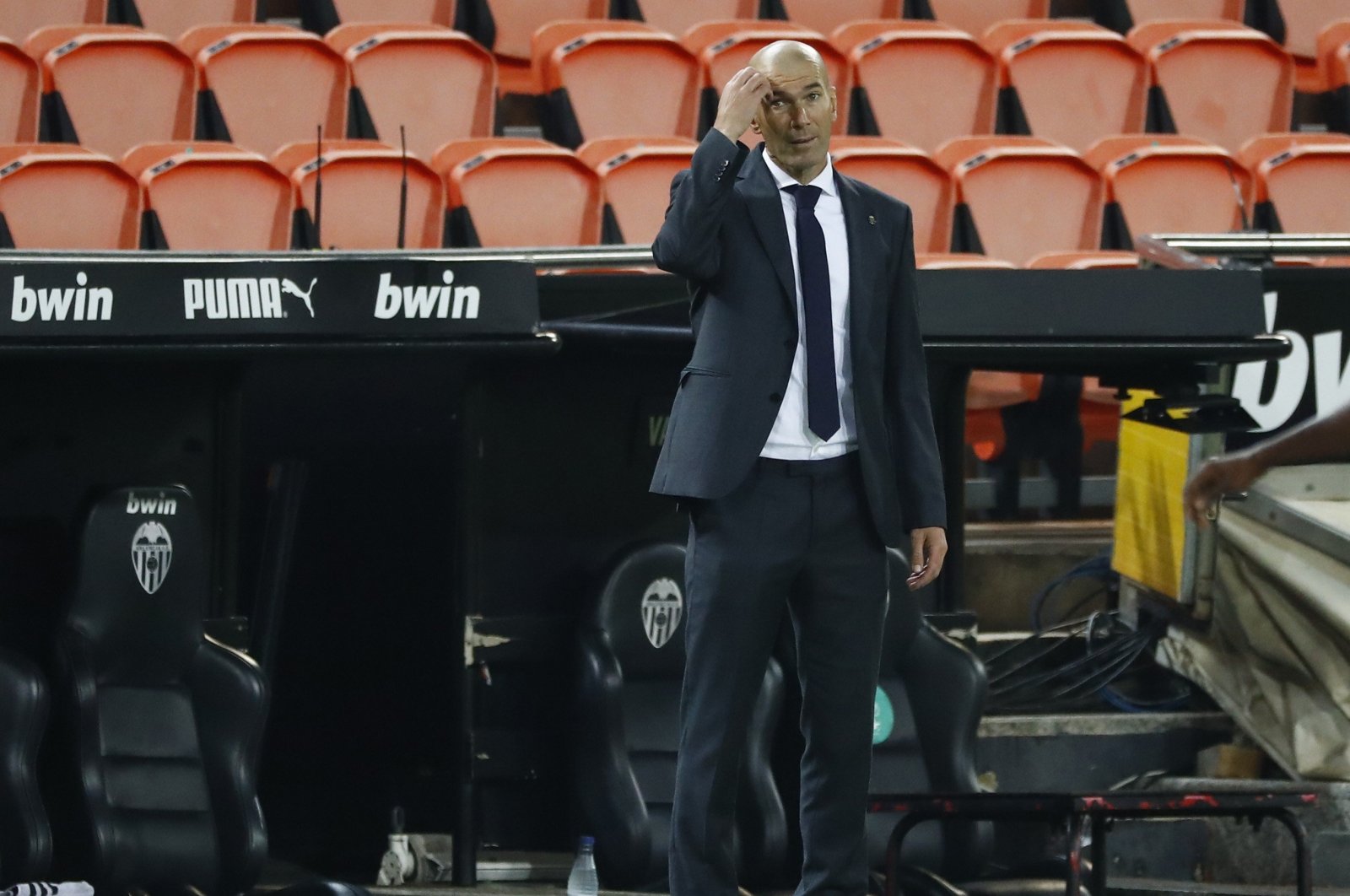 After just one win in five games, champions Real Madrid are stuttering in Europe and La Liga, leaving coach Zinedine Zidane under heavy pressure as his team visit title contenders Sevilla on Saturday

Zinedine Zidane's position as Real Madrid coach is in the balance as his stuttering team take on Sevilla on Saturday at the Ramon Sanchez-Pizjuan. Barcelona travels to Cadiz after a midweek Champions League win, while leaders Real Sociedad visits Alaves on Sunday, and second-place Atletico Madrid hosts Valladolid on Saturday.

Madrid has just one win in five matches across all competitions and suffered embarrassing defeats by Alaves and Valencia in recent weeks, as well as stumbling on Tuesday at Shakhtar Donetsk in the Champions League. Their survival in the competition hangs by a thread, with Los Blancos needing a win over Borussia Monchengladbach in their final game to avoid a shocking group stage exit.

In La Liga the champions are fourth, seven points behind leaders Real Sociedad, albeit having played 10 games to the Basque side's 11. Spanish newspaper Diario Sport has suggested Zidane has lost faith in his players, while Marca reported Mauricio Pochettino and Raul are the main candidates to replace the Frenchman. Zidane, who won three consecutive Champions League trophies with Madrid in his first spell in charge, insisted he was not going to step down despite the club's poor recent form and insisted the team can turn things around. "I am not going to resign, not at all," said Zidane after the Shakhtar defeat. "We have always had delicate moments. It is true that it is a bad streak in terms of results, but we must continue. "I believe in the players, and of course, I have strength. The other day against Alaves we did not deserve to win, but today (against Shakhtar) we did. There is no choice but to work and continue so that the good results return.

Sevilla was also handed out a bruising defeat in Europe, with Chelsea's Olivier Giroud scoring all the goals in a 4-0 win on Wednesday, although coach Julen Lopetegui rested several key players ahead of the Madrid clash. With Barcelona also far from their best in La Liga thus far, the title race is wide open, and Sevilla, fifth, will consider itself a possible candidate. Lionel Messi was rested by the Catalans in midweek against Ferencvaros for Saturday's trip to Cadiz, where Ronald Koeman's side will try and continue their recent uptick in form. Barcelona has kept three consecutive clean sheets despite a defensive crisis leaving the club with only one fit first-team center-back in Clement Lenglet. Danish striker Martin Braithwaite has forced his way into the team after a long spell on the sidelines and has four goals in his last three matches. His presence also gives Antoine Griezmann a traditional No. 9 partner upfront, which is helping the Frenchman thrive. Griezmann netted against Ferencvaros, scoring for the third consecutive game, as he finally looks like the player Barcelona signed for 120 million euros ($146 million) from Atletico Madrid last season. "It is always a matter of trust in a player," Koeman said on Griezmann. "As I said many times, Antoine has always worked hard to improve his game and effectiveness for the team. "Now the goals come in, and he is convinced because he has quality. I think this is important for any player. I hope he can continue with this effectiveness he's showing lately."

The weekend's other fixtures are Athletic Bilbao vs. Celta Vigo, Levante vs. Getafe, Granada vs. Huesca, Osasuna vs. Real Betis, Villarreal vs. Elche and Eibar vs. Valencia.