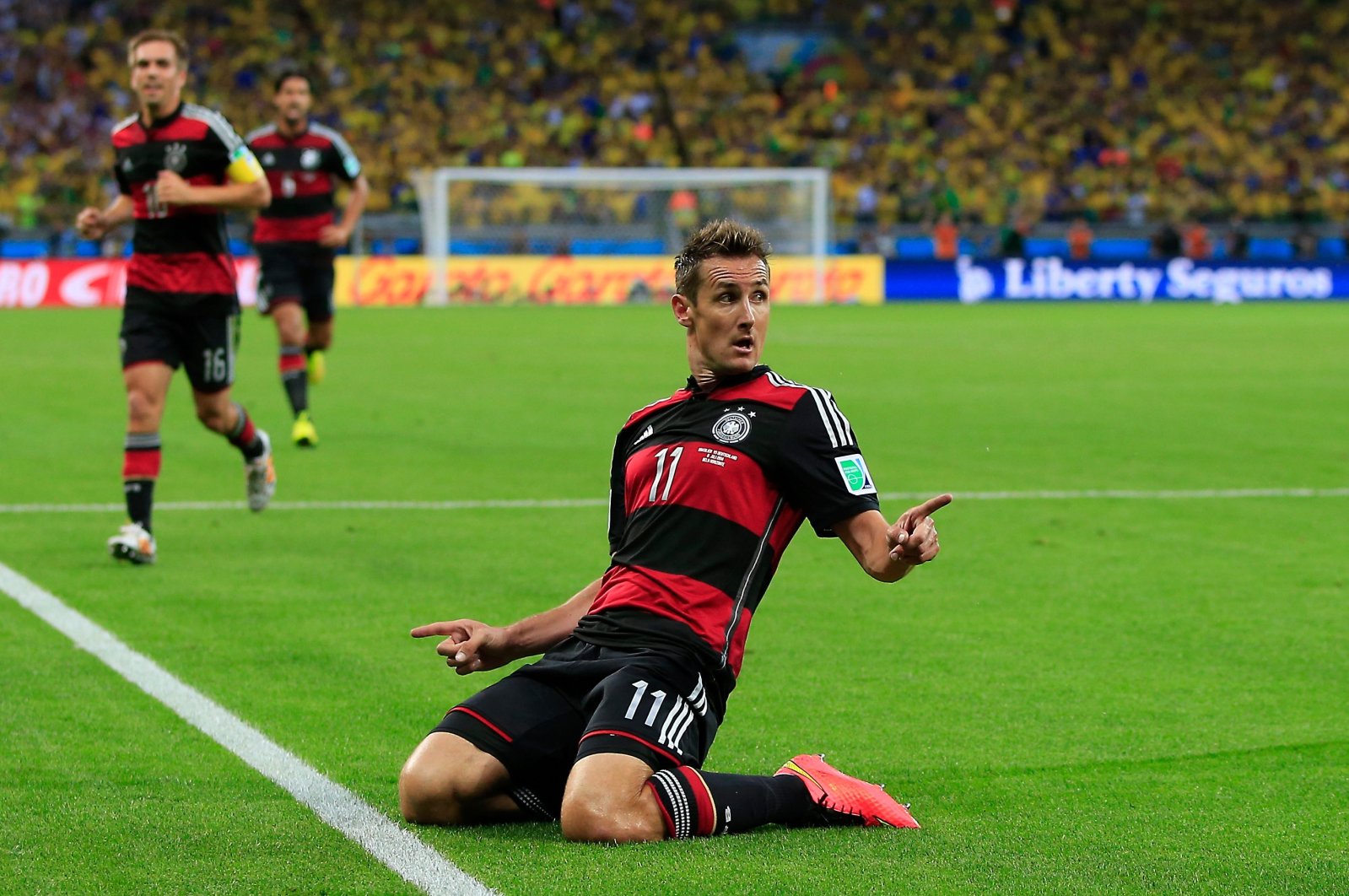 World Cup record scorer Miroslav Klose is moving step by step into a coaching career and is being seen as an assistant at Bayern Munich
to head coach Hansi Flick. Bayern Munich coach Hansi Flick has made it clear he would like to team up again with former Germany striker Miroslav Klose. Flick was assistant national team coach, and Klose led the attack when Germany won the World Cup title in 2014. With 55-year-old Flick now signed up as head coach at Bayern until 2023, it now seems up to Klose to decide if he wants to move up from under-17 coach to assist Flick with the senior squad.

"I've known Miro for a long time and got to know him as a very loyal, personable person with a high level of social skills. I think it would be an asset to our coaching team," Flick has said. "He has to decide that himself. These are things that are not solely due to me, but also to him."

In addition to 41-year-old Klose, Flick also said he wanted to speak "with one or other" candidate. World Cup record scorer Miroslav Klose has been a youth team coach at Bayern for almost two years and has a contract which expires in summer. Former team-mate Thomas Mueller said that although he couldn't judge Klose's work with the under-17 squad, he knew he was "very determined" as a person and a player. From 2010 to 2014, the two played together for Germany, and from 2008 to 2011 also for Bayern. "He was very clever. One of his strengths was reading the game... He was very clever making runs and with his movement," he said. "Of course, it helps in a coaching career if you understand the game."
Klose continues to pursue his skills by taking part in the next German Football Federation (DFB) coaching license program starting in June if the coronavirus pandemic allows. "Anyone who knows me knows that I always want to achieve the best possible education in my life," Klose has said.
After he ended his national team career, Klose also temporarily joined the coaching staff of national team coach Joachim Loew. He gained important experience, saying he picked up "tactical finesse" and learned from the way Loew had "a feeling for players, for team cohesion."
DFB director Oliver Bierhoff said you could feel in Klose "the interest, passion and expertise for the coaching profession."
It was great that Klose was being so meticulous in his approach to coaching, he said. Klose has said the official coaching badge would enable him to acquire a trainer position in professional football. An assistant coaching job at Bayern could be a fitting next step.