Hamilton aims for 3 wins in a row without a crowd 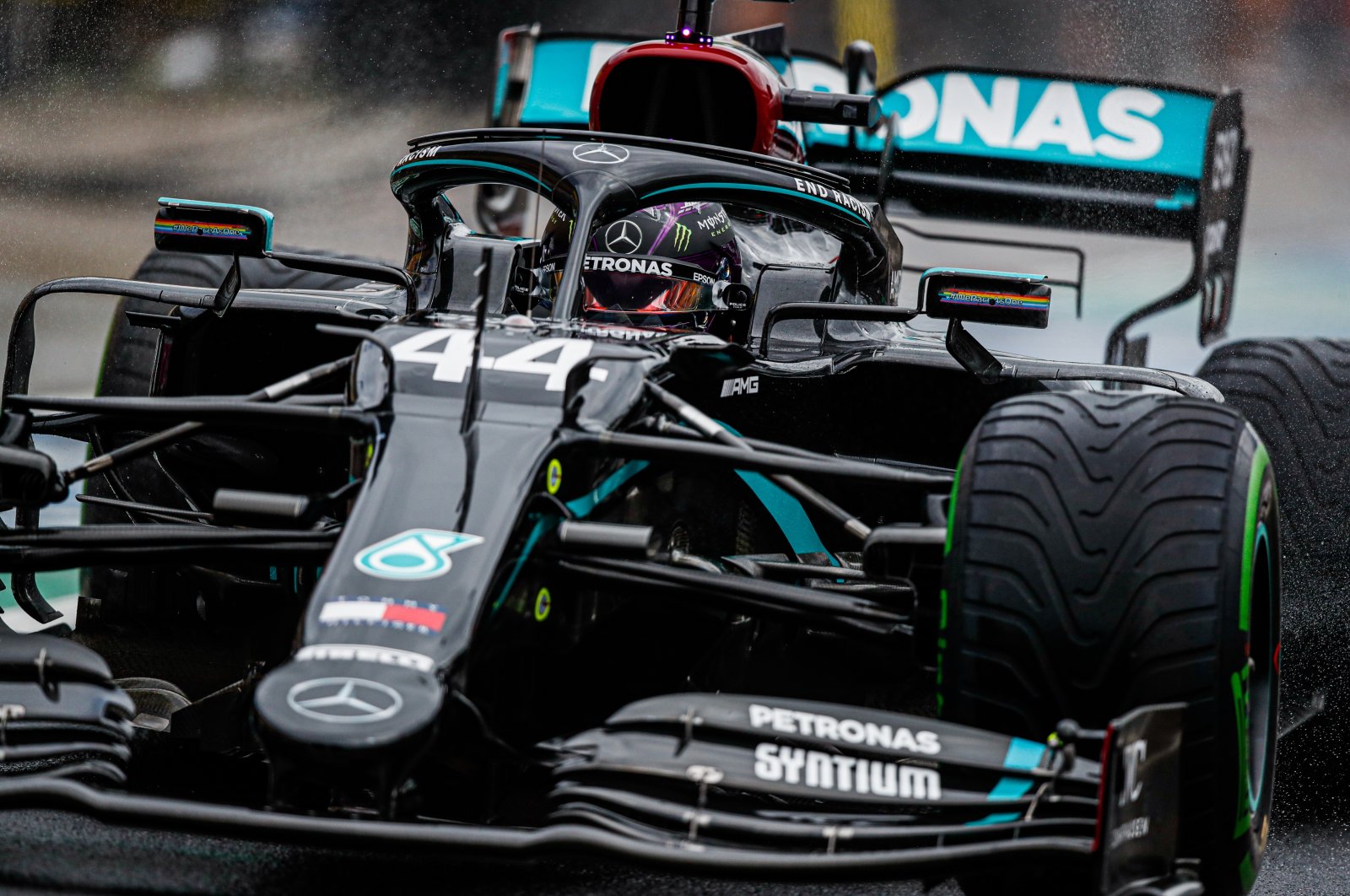 Lewis Hamilton can celebrate a record-stretching seventh British Grand Prix win on Sunday but the Formula One leader will be doing none of the usual crowd-surfing after what may be the weirdest home race of his life.

The second triple-header of a pandemic-hit season will be in front of empty grandstands and behind closed doors at Silverstone, celebrating 70 years since the first world championship grand prix was hosted there in May 1950.

The windswept circuit will host two races on successive weekends for the first time, the second as the anniversary race, but Hamilton's army of flag-waving fans will have to cheer from afar.

"The British Grand Prix is ​​the best grand prix, particularly because of the fans, the thousands that turn up and really create the spectacle," the six-time world champion said after winning in Hungary. "So it's going to be super-weird."

Mercedes have been dominant so far, with Hamilton now on for a hat-trick of wins after victories in Austria's Styrian Grand Prix and Hungary. Teammate Valtteri Bottas won the opener at the Red Bull Ring.

The pair have also been alone on pole so far and Silverstone's long and fast lap will suit their car, but team boss Toto Wolff is taking nothing for granted.

"We've had a good start to the season: we resolved the issues that troubled us on the first weekend, won three out of three races and scored a good amount of points," said the Austrian.

"But the first three races have also highlighted another crucial factor: the importance of reliability in this shortened season."

"We're one of only two teams that have finished all races with both cars this year and we know how quickly a DNF (no-finish) can make a lead in the points disappear."

Hamilton is five points clear of Bottas but 30 ahead of third-placed Red Bull driver Max Verstappen, who has been on the podium in the last two races.

"We know the areas we need to work on and with Silverstone being a home race close to the factory, that's good news," said the Dutch youngster.

"I think we can hopefully get a good result there, historically it's been a pretty good track for the team, and it's one I really enjoy driving."

Racing Point, with a factory across the road, could be Mercedes' closest rivals with their car a close copy of the one Hamilton drove to the title last season.

They can expect to be protested again by Renault afterwards, with a stewards' decision on the legality of the car not expected until August.

Ferrari, 17 times winners in Britain, have slumped to fifth overall and the first high-speed circuit of the season may bring more pain.

"We know that from a pure competitiveness point of view it will be difficult, but we need to focus on acquiring the best information possible so that we can develop our car in the right direction," said sporting director Laurent Mekies.