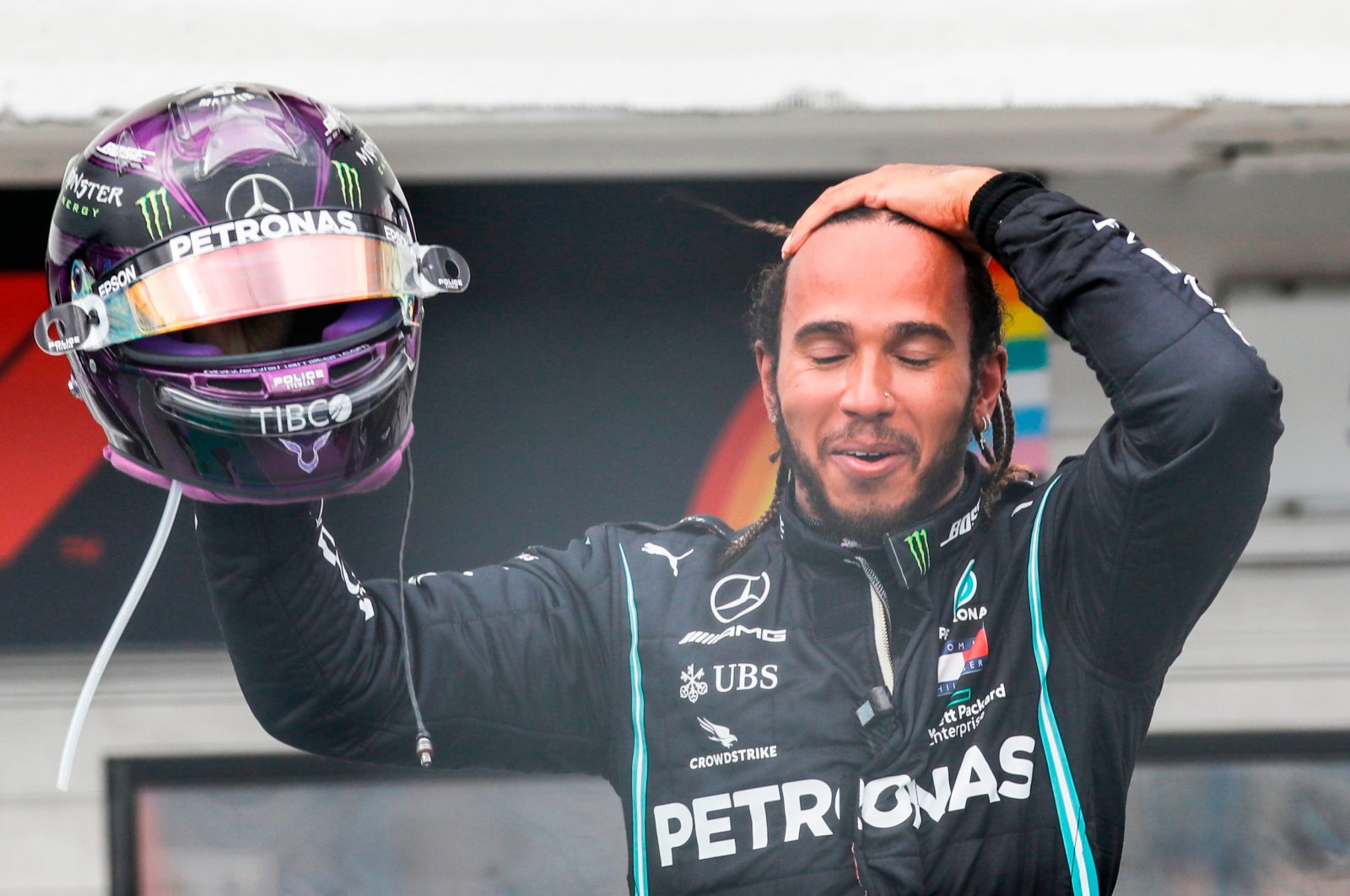 “It would have been so far-fetched to believe that could possibly come true. I remember watching Michael on TV win all his races," Hamilton said. "Now I’m getting closer to the amount of wins he has, it just reminds me of the dominance and excellence he showed for so long. I can understand the position he was in and I can understand the pressures he had. It’s pretty remarkable.”

Schumacher won the French GP eight times when it was held at Magny-Cours. Hamilton first won here in 2007 and his first success with Mercedes also came at the Hungaroring track in 2013, the year after replacing Schumacher on the Silver Arrows team.

Verstappen drove superbly to hold off Hamilton's Mercedes teammate Valtteri Bottas, who finished less than one second behind him in third to relinquish the championship lead after three races.

Hamilton took a record-extending 90th career pole on Saturday to match Schumacher's record for seven poles on the 4.4-kilometer (2.7-mile) track nestled among rolling hills outside of Budapest.

He made a clean start but Bottas made a poor one from second and was overtaken by Lance Stroll starting third, the Ferraris of Sebastian Vettel and Charles Leclerc, and Verstappen from seventh.

Red Bull only just managed to get Verstappen's car on the grid. About 20 minutes earlier, he damaged the front wing when going over a curb and sliding into the barriers on a warmup lap.

Team principal Christian Horner looked on anxiously as mechanics replaced it and repaired the suspension, working frantically to get his car ready with the clock ticking down.

“The mechanics did an amazing job. I don’t know how they did it but they were incredible ... Just on time," a jubilant Verstappen said. “To be able to split the two Mercedes cars was great for us. I thought I was not going to race so to be second was like a victory today.”

In a demoralizing sign of the times for Ferrari, both cars were lapped by Hamilton.

Stroll placed fourth ahead of Red Bull's Alexander Albon, with Vettel sixth and Leclerc out of the points in 11th.

Hamilton and most drivers again took the knee against racism before the start.

Shortly after the start, drivers changed onto the slick tires for damp conditions, causing a flurry of activity.

But Hamilton had already streaked eight seconds ahead of Verstappen by lap six of 70.

It took Bottas 11 more laps to pass the Ferraris and Haas drivers Romain Grosjean and Kevin Magnussen to move into fourth behind Stroll.

Haas surprisingly found itself up the leaderboard because the team astutely changed tires before the others. Pierre Gasly’s race ended at this point, when his AlphaTauri limped into the pits.

Halfway through, Hamilton was 20 seconds clear of Verstappen. Bottas moved ahead of Stroll’s Racing Point and within six seconds of Verstappen, after all moved onto quicker medium tires.

That left Bottas with 32 laps to catch Verstappen – a long time for most, but most drivers don't have Verstappen's nerve and composure.

Bottas got to within half a second of him, but the Dutch driver held firm and forced Bottas to gamble on a third tire change with 20 laps remaining. He soon got a point for the fastest lap, but Hamilton even took that off him too as he moved ahead 63-58 in the title race.

“It was a really bad race for me to be honest. I lost it at the start, a light on my dash(board) went off. I don’t know what it was," Bottas said. “I lost places and it made the race very difficult (and) it was very difficult with Max.”

Verstappen is third overall with 33 but would be closer had he not broken down in the first race in Austria.

Bottas won that, and Hamilton the next two with a double-header at the British GP to follow, starting Aug. 2.

Silverstone is another of Hamilton's best tracks, where he holds the record with six wins.