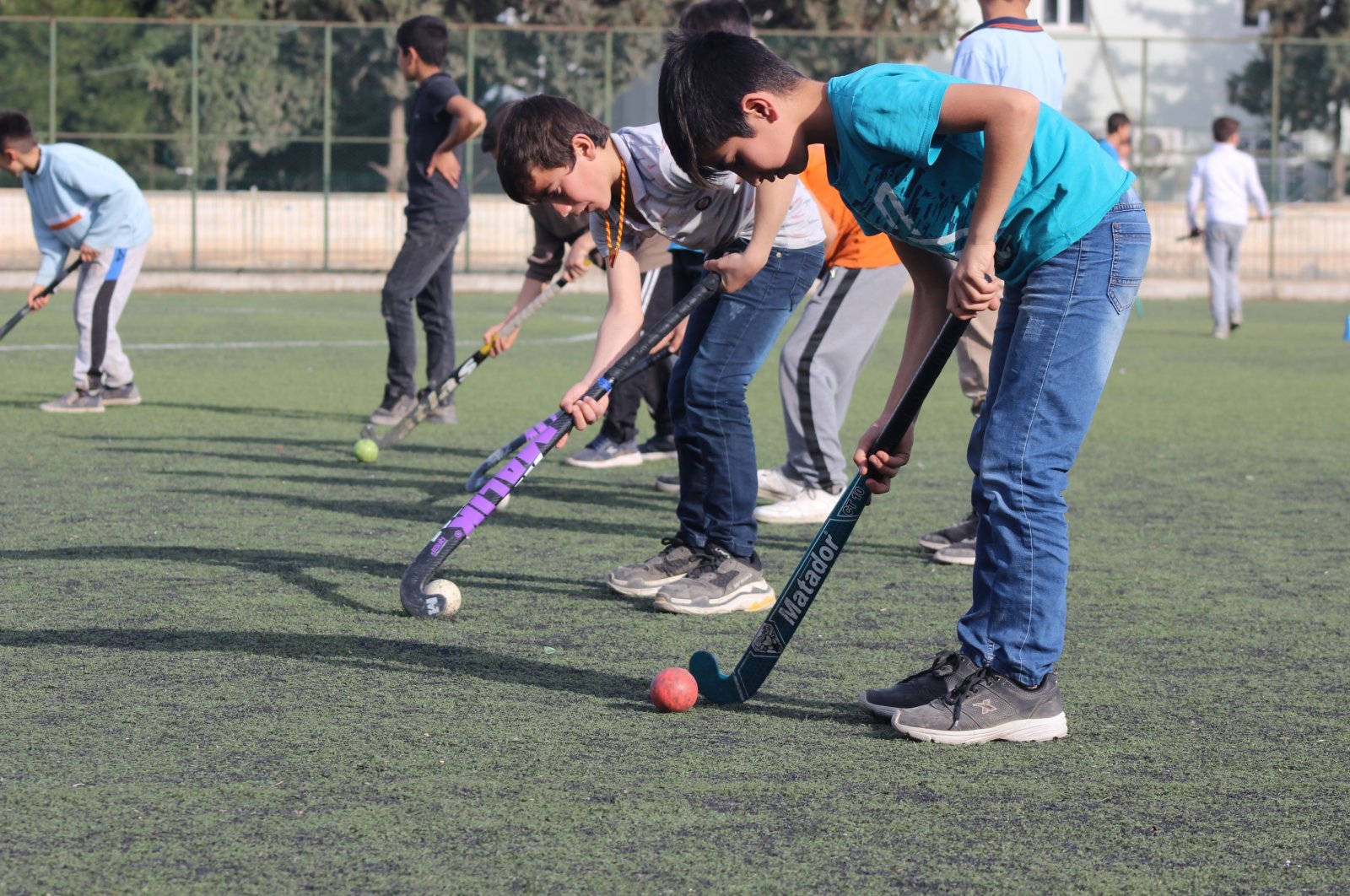 Unprecedented accomplishments of their local team have inspired more young residents of Suruç, a small town in southeastern Turkey, to take up indoor hockey.

In just five years, the town, otherwise known by little else than sharing a border with Syria, saw the number of licensed hockey players increase tenfold. Currently, it boasts 114 young professional players.

The rise in the number of players is inspired by the success story of a team founded five years ago to endear the youth to the sports, which has little following in the football-mad country.

The cumbersomely titled Suruç Hockey Culture and Research Sports Club managed to make it into Turkey's indoor hockey Süper Lig within five years of its foundation.

The club administration, which was challenged initially to find players, now ponders who to pick for the starting lineup due to the increasing number of players in this town of just about 100,000 people.

Yusuf Elmaser, head of the local sports authority in Suruç, told Anadolu Agency (AA) that they wanted to make Suruç a hub for hockey. “We have a dedicated coach and boys who liked the sport. We hope it will be even better,” Elmaser said, referring to Abit Bostancı, who started the team in 2015.

Elmaser said what Suruç couldn't accomplish in football, it will compensate for with indoor hockey.

Bostancı is proud of his team, which won all regional championships in the last five years. “We now have a junior, an under-18 and a seniors’ team. We want to turn hockey into a culture for Suruç. I hope it will soon be a common sight to see young boys with hockey sticks on streets, returning from training,” he said.