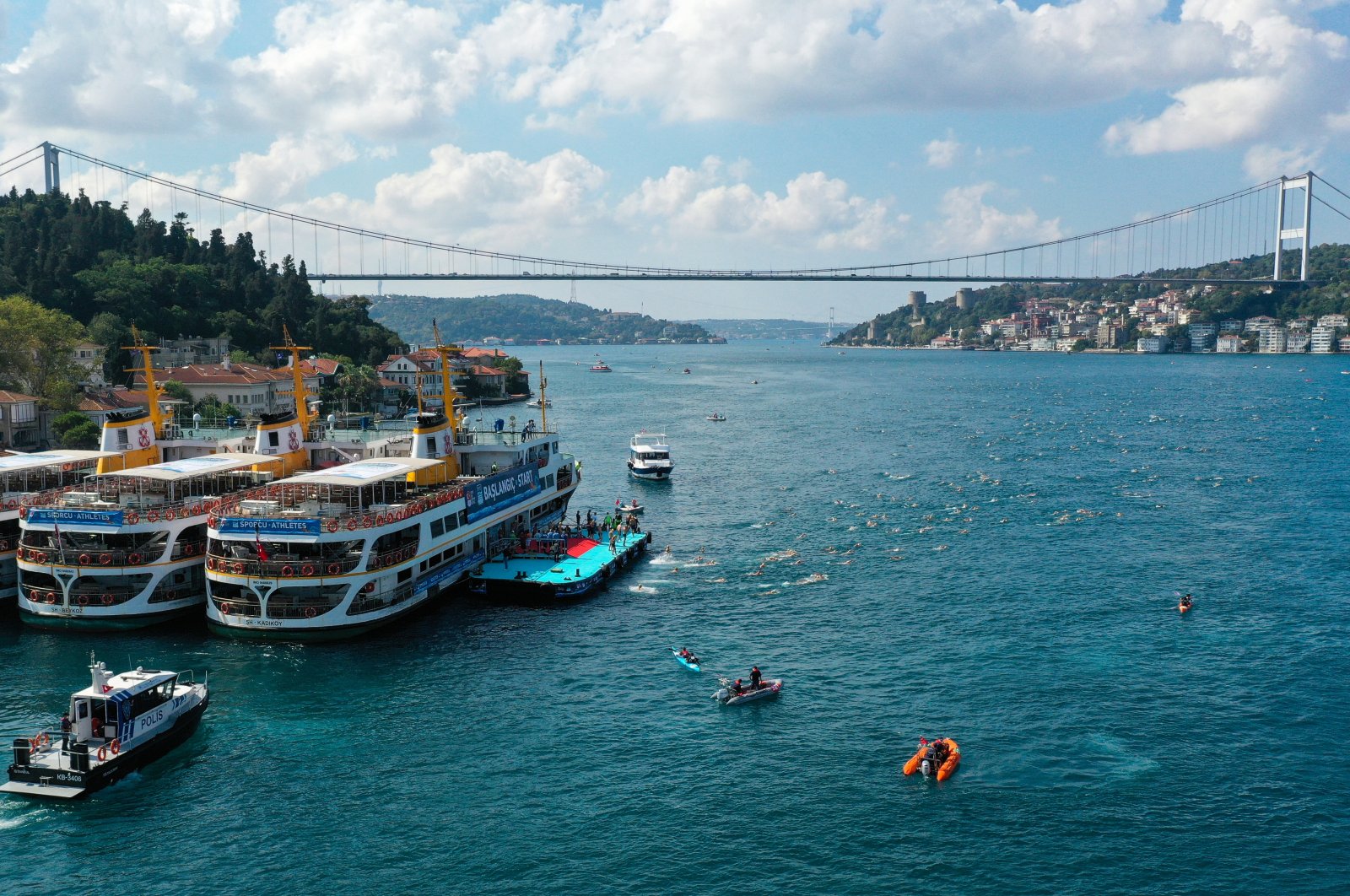 Organized by the Turkish National Olympic Committee, the 32nd edition of the Bosporus Cross-Continental Swimming Race was held in Istanbul Sunday with 765 athletes in attendance.

The unique event, where swimmers have the opportunity to cross between Asia and Europe, was held without any spectators due to the COVID-19 outbreak.

Against the backdrop of the July 15 Martyrs' Bridge, waterfront mansions and mosques adorning Istanbul hills, swimmers dived into the waterway from the Kanlıca pier on the city's Asian side.

The Bosporus, which connects the Black Sea to the Aegean via the Sea of Marmara was closed to maritime traffic for the race. It took swimmers of all ages and from all walks of life 6.5 kilometers to complete the course that ended at Kuruçeşme, a pier adjacent to popular seaside lounges and clubs and a yacht pier, on the city's European side.

The starting point was organized with three different boats within the scope of health measures.

The race included three different starting points on boats spread apart to provide a safe social distance for swimmers. Many ships on duty also accompanied the swimmers along the course.

In the general classification, Hilal Zeynep Saraç won the race in the women’s category with her time of 47 minutes, 52 seconds. Saraç was followed by Ilgın Çelik with 48 minutes, 13 seconds and Sudenaz Çakmak with 48 minutes and 46 seconds.

Last year’s race was attended by around 2,400 swimmers from 59 countries and was won by Turkish swimmers Melikşah Düğen in the men’s category and Çelik in the women's.