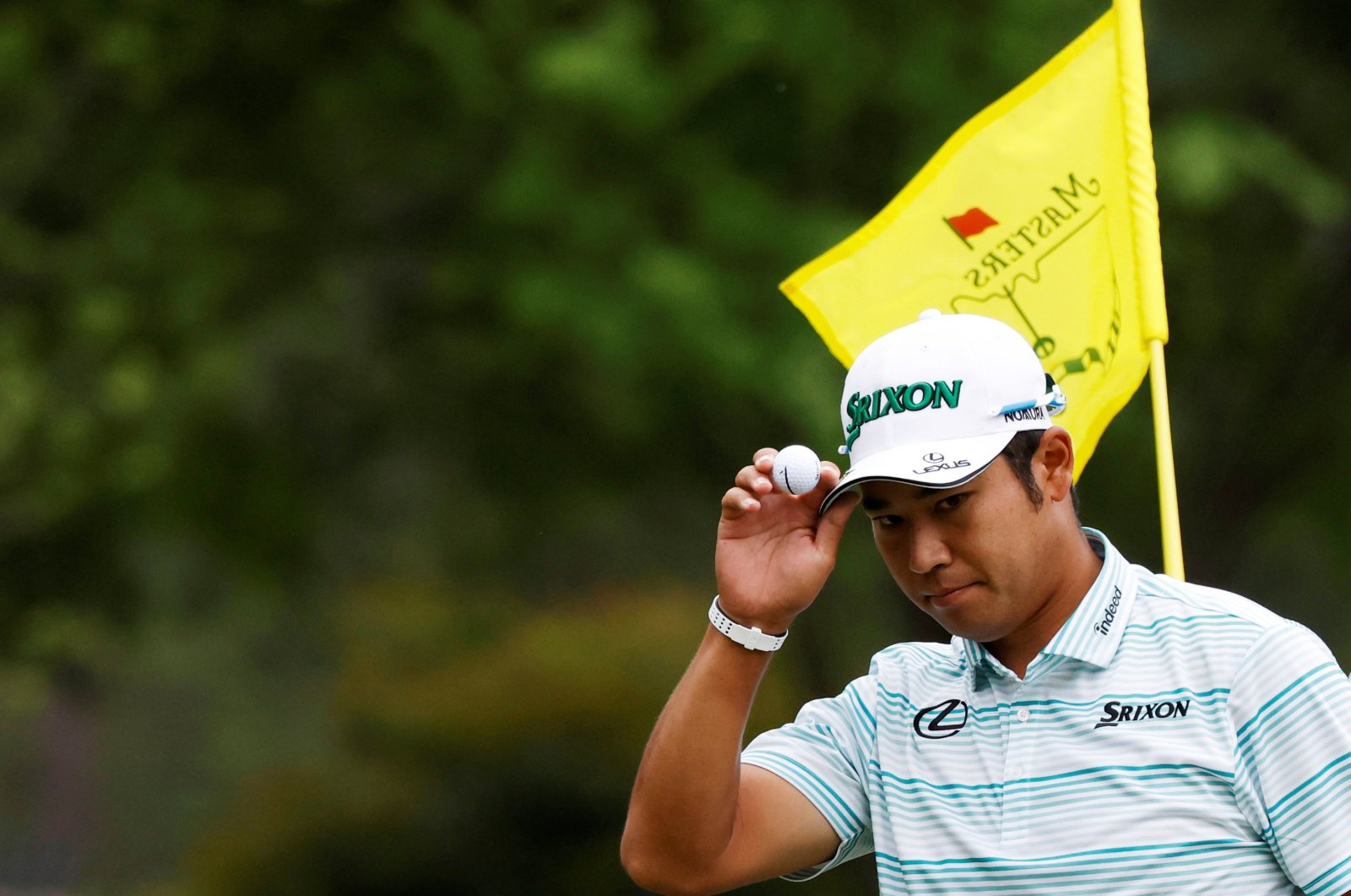 Hideki Matsuyama could become the first Japanese man to win a major golf title as he held a four-stroke lead ahead of the dramatic final round of the 85th Masters began Sunday.

Matsuyama stood on 11-under 205 after 54 holes at Augusta National, seizing command with a Masters career-low seven-under-par 65 Saturday, the only bogey-free round of the event.

Japan's Chako Higuchi won the 1977 LPGA Championship and Hinako Shibuno won the 2019 Women's British Open but the nearest Japanese men have come to a major win was Isao Aoki's runner-up effort at the 1980 U.S. Open and Matsuyama's share of second at the 2017 U.S. Open.

"All I can do is prepare well, try my best, and do the best that I can," Matsuyama said through a translator.

The only Asian man to win a major title was South Korea's Yang Yong-eun at the 2009 PGA Championship.

World No. 25 Matsuyama hasn't won since the 2017 WGC Akron tournament, but 87 starts later, he will try to match the triumph from his only other 54-hole outright U.S. PGA lead, at WGC Shanghai in 2016.

Matsuyama's lead was the same margin as 2020 winner Dustin Johnson enjoyed entering last year's final round, but also the same size as the lead Rose took after Thursday's opening round only to squander it.

The typical Sunday set-up at Augusta National offers back-nine scoring opportunities for challengers and a tension-packed risk and reward test like few other courses in the world.

Of the last 30 Masters champions, 25 of them came from the final Sunday pairing, which sees Matsuyama and sixth-ranked Schauffele tee off at 2:40 p.m. (1840 GMT). The two were playing partners on Saturday as well.

Schauffele has had eight runner-up finishes since the last winning in January 2019 at the U.S. PGA Tournament of Champions, including a share of second behind Tiger Woods at the 2019 Masters.

Rose, the 2013 U.S. Open champion and a two-time Masters runner-up, is trying to become only the third Englishman to capture the green jacket after three-time winner Nick Faldo and Danny Willett in 2016.

Zalatoris is trying to become the first player to win the Masters in his debut since Fuzzy Zoeller in 1979.

Leishman, whose best major finish was a playoff loss at the 2015 British Open, delivered his best Masters finish by sharing fourth in 2013.

Faldo in 1979 was the most recent player to come from outside the top five in the final round to win.

But Spieth will attempt the feat a week after snapping a four-year win drought with a U.S. PGA triumph at San Antonio.

Since 1960, only U.S. left-hander Phil Mickelson and Scotsman Sandy Lyle have won the Masters and won the prior week as well.

The second-ranked Justin Thomas was 10 strokes adrift. A victory would make him the new world number one but he would have to eclipse the greatest last-day Masters comeback of eight strokes by Jack Burke in 1956.