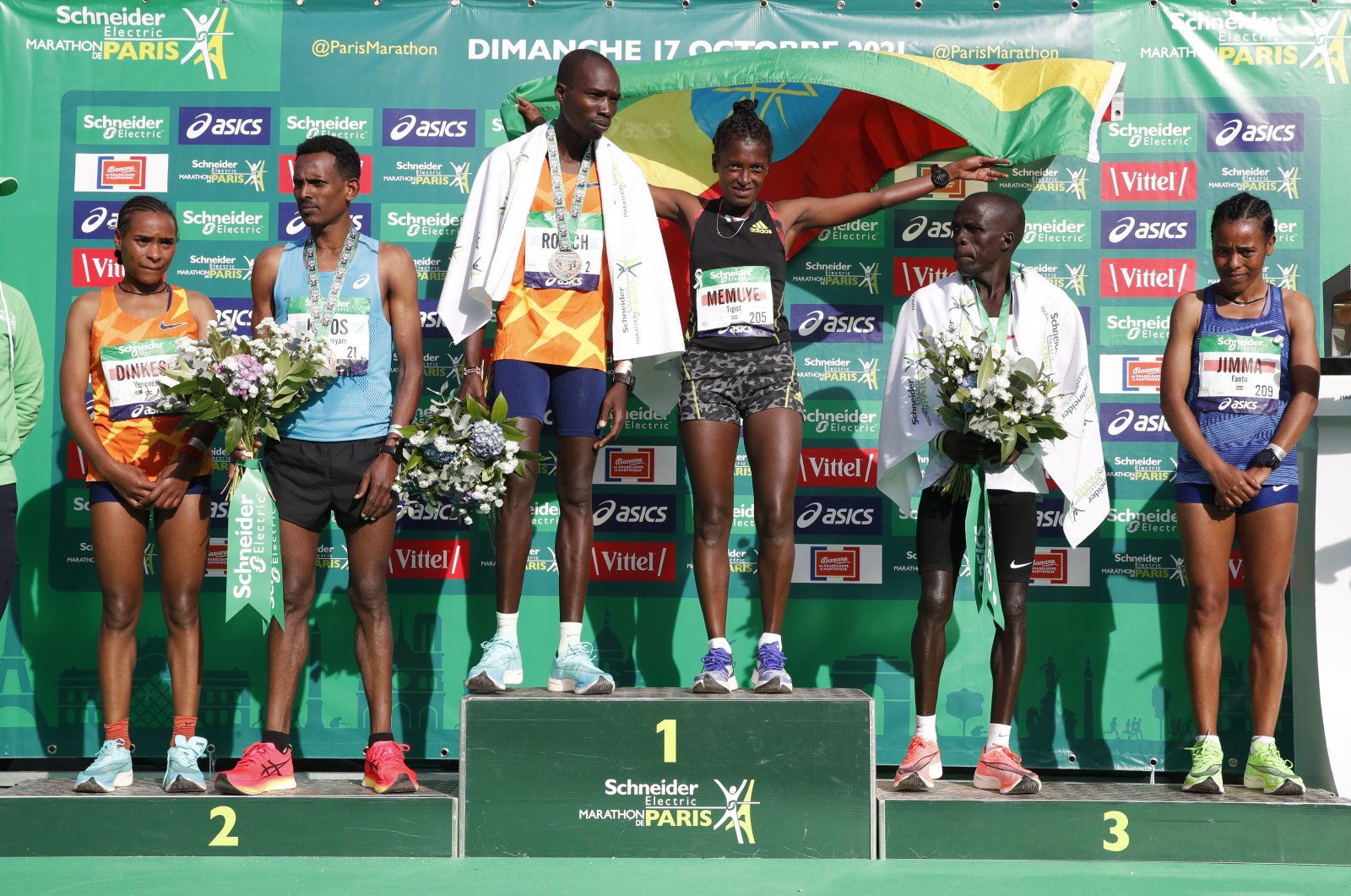 Rotich set a course record as he crossed the line in 2 hours, 4 minutes and 21 seconds to finish ahead of Ethiopia's Hailemaryam Kiros.

The 31-year-old Kenyan took nearly a minute off his personal best and broke Kenenisa Bekele's seven-year course record of 2:05.04 as he picked up pace after the 25-kilometer mark.

Kenya's Hillary Kipsambu came third after slipping two spots in the final stages of the race.

In the women's race, Memuye ran a time of 2:26.12 seconds after a late surge to seal the biggest win of her career.

Memuye finished about three seconds ahead of Yenenesh Dinkesa with Fantu Jimma third as Ethiopians swept the podium.

The Paris Marathon, featuring 60,000 participants from 145 countries, was initially scheduled for April this year but was delayed by six months due to the COVID-19 pandemic.

The race was canceled in 2020 because of the pandemic.