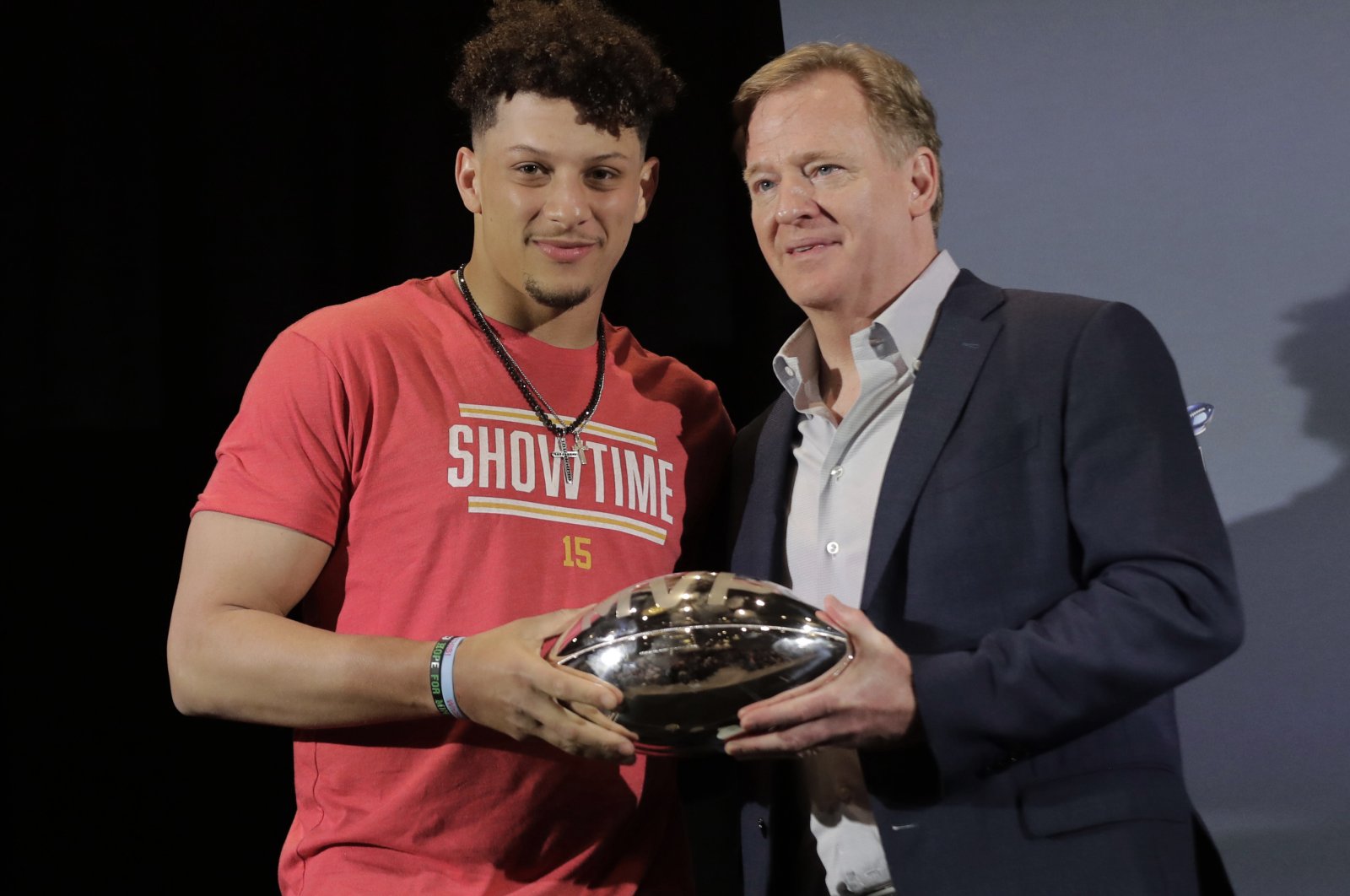 Six-time Super Bowl champion Brady had ruled as the top seller of player-identified merchandise for the past two seasons.

Brady now sits at No. 2 on the list, which is compiled after analysis of sales of items including jerseys, t-shirts, collectible figures and pennants.

The NFLPA said total retail sales for the past year had topped $1.9 billion.

Elsewhere on the list, Baltimore quarterback and reigning NFL MVP Lamar Jackson was the biggest mover, shooting up from the 41st spot a year earlier to third on the list.

Dallas Cowboys running back Ezekiel Elliott was in the fourth spot while Cleveland's quarterback Baker Mayfield was fifth.

Ravens ace Jackson meanwhile revealed on Tuesday that he would grace the cover of EA Sports' Madden NFL 21 video game.

However, Jackson shrugged off fears about being hit by the so-called curse which often affects players chosen for the cover of the game, citing current occupant Mahomes.

"I'm not worried about the curse," Jackson said. "Patrick Mahomes is on the front and he won (Super Bowl) MVP. I want that curse. I hope that's the curse."