Mayweather to return to ring in 2021 with Tokyo bout 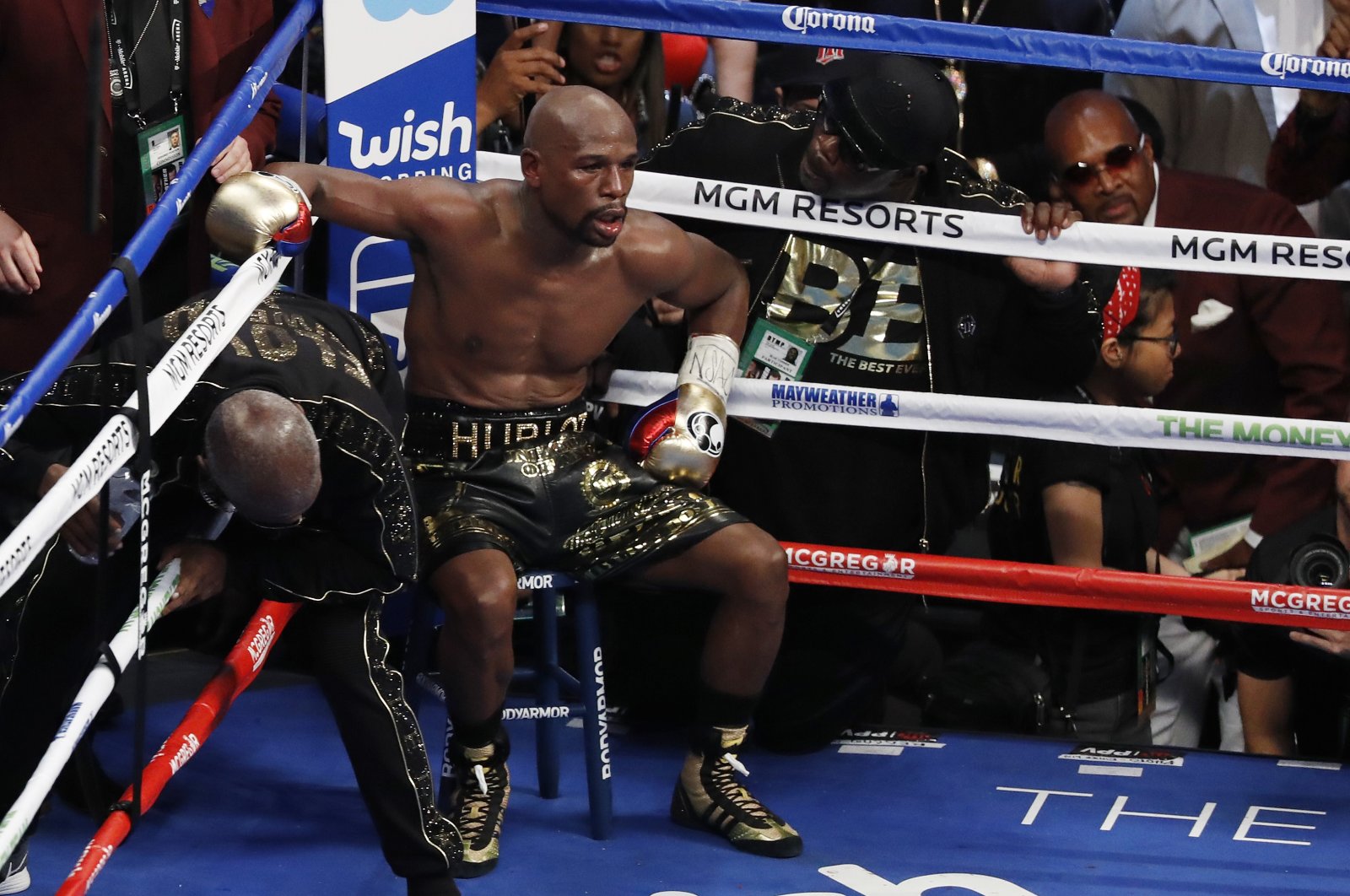 Boxing legend Floyd Mayweather will return to the ring with a fight in Tokyo in February 2021, organizers said Monday, but who he will fight and under what rules was left unclear.

The retired ex-champ had already dropped hints about the fight, which follows a widely ridiculed 2018 "exhibition" match against a Japanese kickboxer, but organizers offered more details on Monday.

It will be part of an event dubbed "Mega 2021" being hosted at the Tokyo Dome in the Japanese capital on Feb. 28, the production committee said in a press release.

They said it would feature "champion-class" fighters, including Mayweather, but gave no further details – including who the welterweight star will face and under what conditions.

Last week the 43-year-old shared a video on Instagram teasing the fight.

"I know the Olympics is in Japan in 2021, but me, myself, Floyd 'Money' Mayweather, and my team will be doing something big in Tokyo Dome ... Japan, I'm on my way," the boxing star said, according to Agence France-Presse (AFP).

Mayweather retired three years ago, and although he had previously announced he was "coming out of retirement in 2020," he hasn't been seen in action this year.

A legend in the boxing world with an unbeaten 50-0 record, Mayweather is no stranger to Japan, where he fought an exhibition match against MMA star Tenshin Nasukawa in December 2018 – the last time he was coaxed out of retirement for a big payday.

Mayweather floored the kickboxer less than half his age three times in the first round before the Japanese fighter's trainer rushed in to stop the fight.

Mayweather hinted online that he earned $9 million for the two-minute fight.

In 2017, Mayweather knocked out mixed martial arts fighter Conor McGregor in the 10th round of a super-hyped boxing match.

In 2015, he defeated Philippine boxing megastar Manny Pacquiao in their "Fight of the Century" – which largely failed to live up to the hype.

Mayweather is believed to have earned an estimated $300 million from the points victory over Pacquiao, which remains the most lucrative fight in history and generated more than $600 million in revenue.