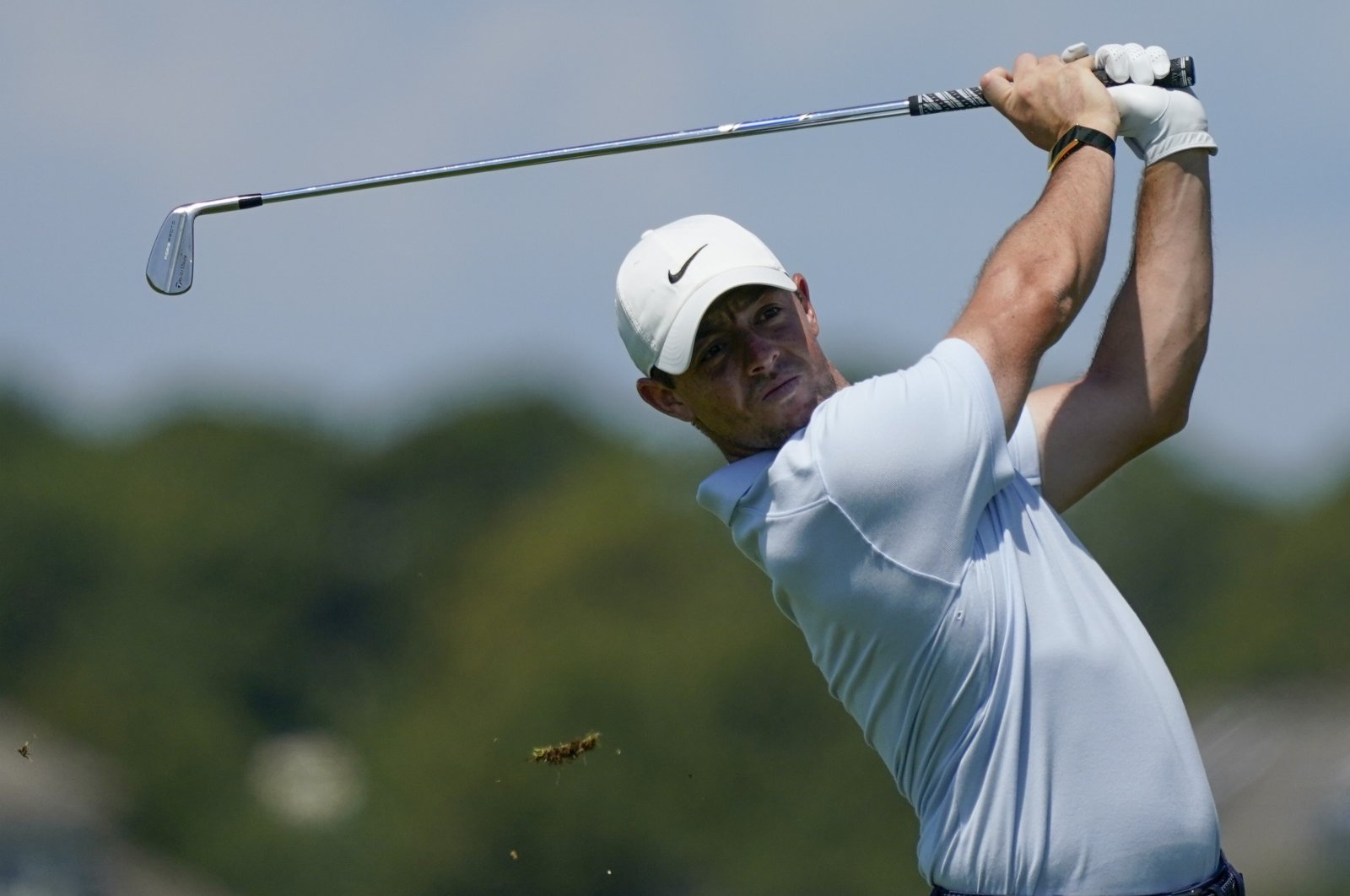 Northern Ireland's Rory McIlroy watches his tee shot on the 15th hole during a practice round at the PGA Championship golf tournament on the Ocean Course, in Kiawah Island, the U.S., May 18, 2021. (AP Photo)
by French Press Agency - AFP May 19, 2021 1:56 pm
RECOMMENDED

Golf's greatest players will be tested by one of the world's most formidable courses when the PGA Championship begins on the Kiawah Island, U.S., Thursday.

There's also every chance the elite field of 156, including 35 major winners, will be humbled by the 7,876-yard Ocean Course, where fickle winds swap direction to baffle the best of ball strikers.

"It's going to be a challenging course. It's going to test all of us," American Billy Horschel said. "And I think it's going to make a lot of us look like fools this week."

Deep grass, sandy waste areas and marshlands that might be dubbed swamp in less wealthy neighborhoods await errant shots near the oceanside.

"Getting onto those greens in regulation is going to be very important this week," Spieth said

"This week I think it'll be more about hitting middle of greens and then taking advantage of par-5s."

"For the sake of our sanity, I believe they're going to use a couple forward tees," third-ranked Jon Rahm of Spain said.

"When you have a place like this that's narrow targets and windy, you've got to pick a shot and be fully committed to it, otherwise it's going to be impossible to get around this golf course."

Whoever walks off with the $1.98 million top prize from an $11 million total purse will have earned it.

"For the guys who get their eye in this week, there's opportunity for good scores," 2013 Masters champion Adam Scott of Australia said.

"But for the guys who struggle, there are probably going to be big scores on the board."

Spieth, who snapped a four-year win drought last month in Texas, could become only the sixth player to complete the career Grand Slam and the first to do so by winning a PGA.

McIlroy, who ended his 18-month win drought two weeks ago at Quail Hollow, hopes to build on that victory on a course where he has already tasted major success.

"I'm happy with where my game is," McIlroy said. "I can see myself shooting good scores on this golf course.

"If I play my game somewhat close to the best of my ability, I'm sure I'll have a good chance."

Patrick Reed, the 2018 Masters champion, will be looking for safe landing spots and picking his moments to attack very carefully.

"Especially on the holes that are downwind, it's where can I miss it in order to have an easy chance to make par," Reed said. "You have to be playing from the fairway but your short game has to be tight."

Second-ranked Justin Thomas could overtake fellow American Dustin Johnson for the world number one spot this week with a victory if Johnson, finishes worse than alone in fifth.

Johnson has been a runner-up in the past two PGA Championships and was third in 2018.

"In terms of my golf game, I feel really good about it," Thomas said. "I've been practicing hard. I feel like I've been close but just not quite putting it together.

"It's a very difficult test and it's really just going to be about your mental game and your patience throughout the week."

Thomas will play alongside four-time major winners McIlroy and Brooks Koepka for the first two rounds.

World number four Xander Schauffele hopes this will be a breakthrough week for his first major title. He has eight top 10s in 15 major starts, including runner-up efforts at the 2018 British Open and 2019 Masters and a share of third last month at Augusta National.

"All the failed attempts are hopefully going to lead to success at some point," Schauffele said.