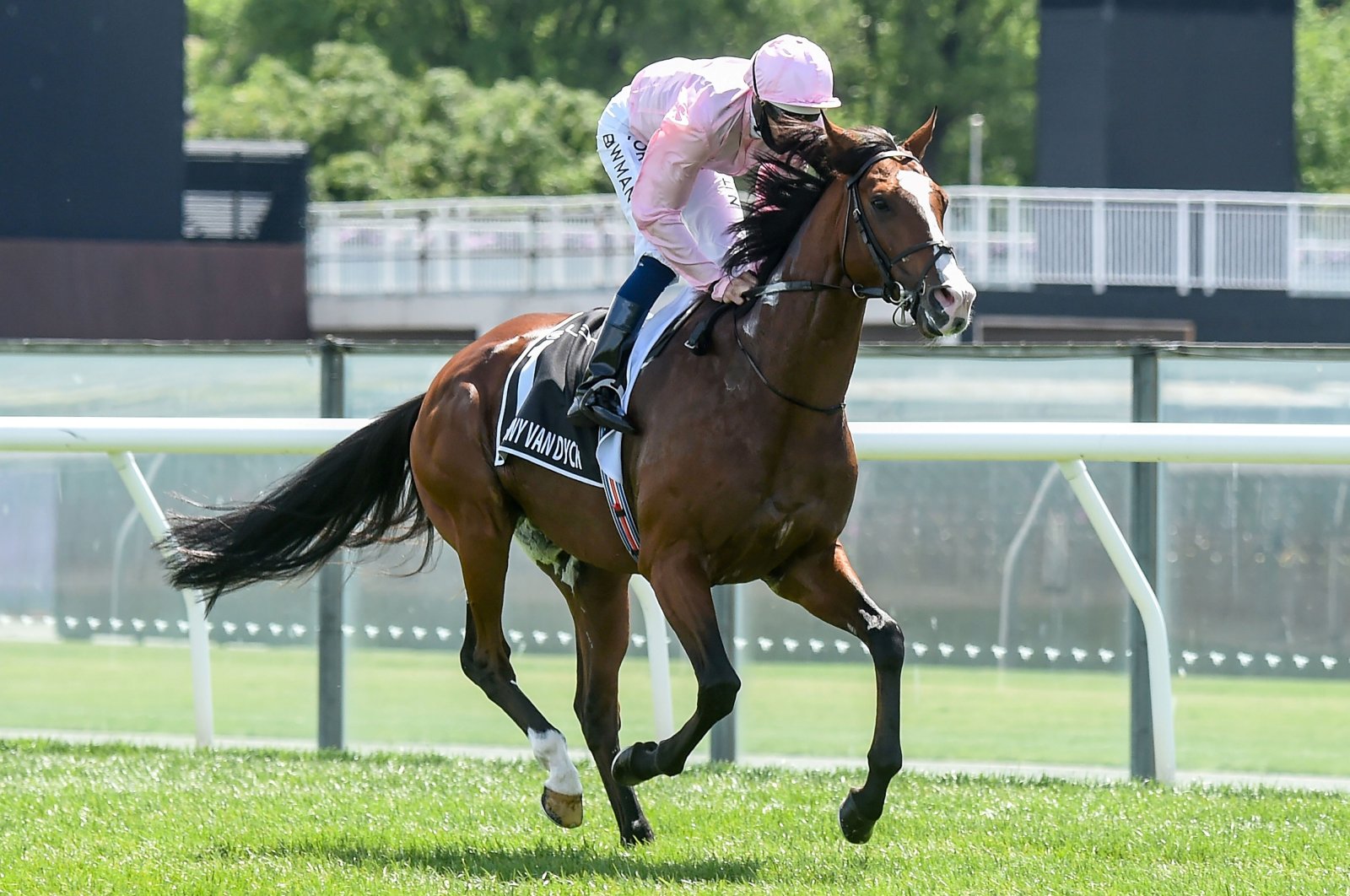 The death of Epsom Derby winner Anthony Van Dyck cast a pall over the Melbourne Cup on Tuesday, angering animal rights activists while highlighting the growing toll of Australia's most prestigious horse race meeting. Carrying top weight in the grueling 2-mile handicap, the Aidan O'Brien-trained horse broke down with 350 meters (1,148 feet) to run on a hot afternoon at Flemington Racecourse and was put down by vets soon after Twilight Payment's victory. The five-year-old stallion was the second horse prepared by master trainer O'Brien and owned by breeding giant Coolmore Stud to be euthanized after pulling up lame in the "race that stops the nation."

Coolmore's The Cliffsofmoher broke down early in the 2018 race and was put down on the track after vets found the horse had broken a shoulder. Melbourne Cup day has proved a lethal undertaking for runners in recent years, with seven horses killed due to complications since 2013. Most have been prepared by European trainers for owners who spend small fortunes on bringing horses to run on the relatively firm turf of Australian racetracks for big prizes during the marquee spring meetings. The Chris Waller-trained Regal Monarch was euthanized after falling in race four in 2017, while British stayer Red Cadeaux was put down two weeks after falling and breaking a leg in the 2015 Melbourne Cup. The 2014 race claimed the lives of two runners in favorite Admire Rakti and seventh-placed Araldo, while French mare Verema died after breaking her leg in the back straight of the 2013 edition. "His final moments would have been so painful and terrifying," animal rights group Animals Australia said on social media of Anthony Van Dyck. "No animal deserves to suffer like this for gambling money ... RIP Anthony Van Dyck."

Racing Victoria's integrity chief Jamie Stier said Anthony Van Dyck had been "humanely euthanized after sustaining a fractured fetlock" during the race. "The horse received immediate veterinary care, however, he was unable to be saved due to the nature of the injury sustained," Stier added. Racing Victoria also said its integrity team would prepare a "fatality report" to give "consideration to the circumstances of the incident and any potential learnings to assist in the prevention of similar injuries in the future."

No crowd was present at Flemington on Tuesday, with COVID-19-related social distancing rules limiting the race-track to essential staff and officials. Yet attendances have fallen in recent years amid concerns over the treatment of thoroughbreds and growing protests from animal rights groups. Last year's Melbourne Cup drew 81,000, its smallest crowd in over 20 years, following a state media investigation into the mistreatment of retired racehorses and reports of hundreds of thoroughbreds being slaughtered at an abattoir in northeastern Queensland state.

The week-long Melbourne Cup Carnival, which includes three other major race meetings at Flemington, drew 276,000 last year, well down from a record of 418,000 in 2006 and continuing a steady decline in recent years. "Melbourne Cup is beginning to feel like Groundhog Day," said Animal Justice Party's Andy Meddick, a lawmaker in Victoria state, of which Melbourne is the capital. "Almost every year, a horse breaks down and is killed. A racehorse dies every three days on Australian racetracks. The only difference is on Melbourne Cup Day, the whole country is watching."