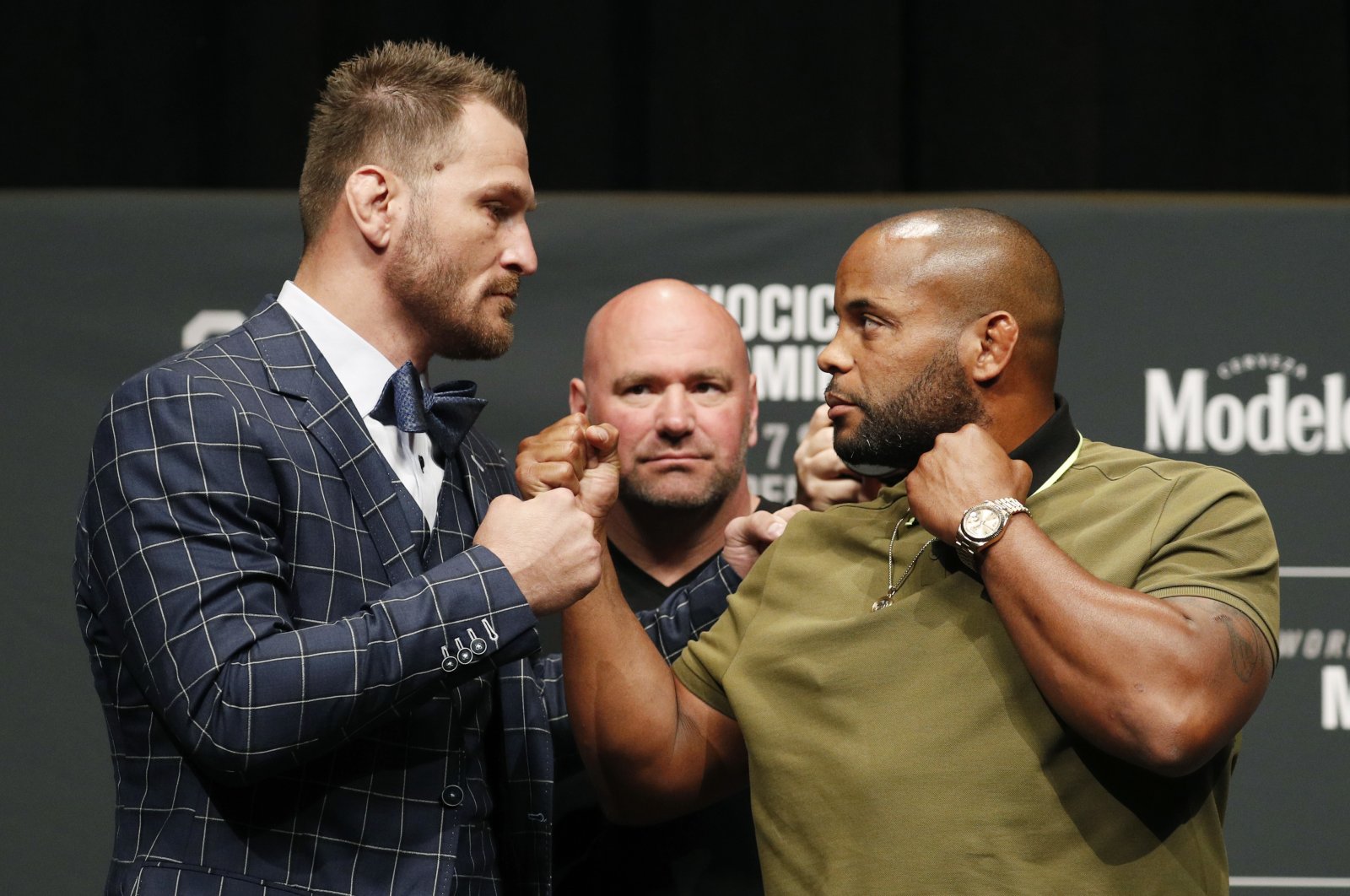 Stipe Miocic defeated Daniel Cormier by unanimous decision in a five-round bout Saturday night to win the rubber match in a fantastic trilogy between the fighters and retain his heavyweight championship.

Miocic tagged Cormier with a vicious poke to his left eye late in the third round that sent the challenger staggering to his corner. Cormier's eye was about swollen shut, but he gamely fought on the final two rounds in the main event of UFC 252 at the UFC APEX complex in Las Vegas.

"I can't see anything out of my left eye,” Cormier said. "It's black.” Cormier was taken to the hospital after the bout.

The 41-year-old Cormier (22-3, 1 NC) is a former two-division champion and has already cemented his status as one of the greatest pound-for-pound fighters in UFC history.

The amiable Cormier, who has found his niche as a successful broadcaster, had vowed to retire after Saturday and end a career in which 10 of his last 11 fights were fought with a championship on the line.

Cormier said he stood by his decision to retire. He won the first fight between the two but dropped two straight to Miocic.

"I’m not interested in fighting for anything but titles, and I don’t imagine there’s going to be a title in the future,” Cormier said. "That will be it for me. I’ve had a long run, it’s been great; I just fought my last fight for a heavyweight championship, and it was a pretty good fight.”

UFC President Dana White had said Francis Ngannou was next in line for a heavyweight title shot.

"Great performance to both guys ... Congrats to Stipe on the performance. See you soon,” Ngannou tweeted.