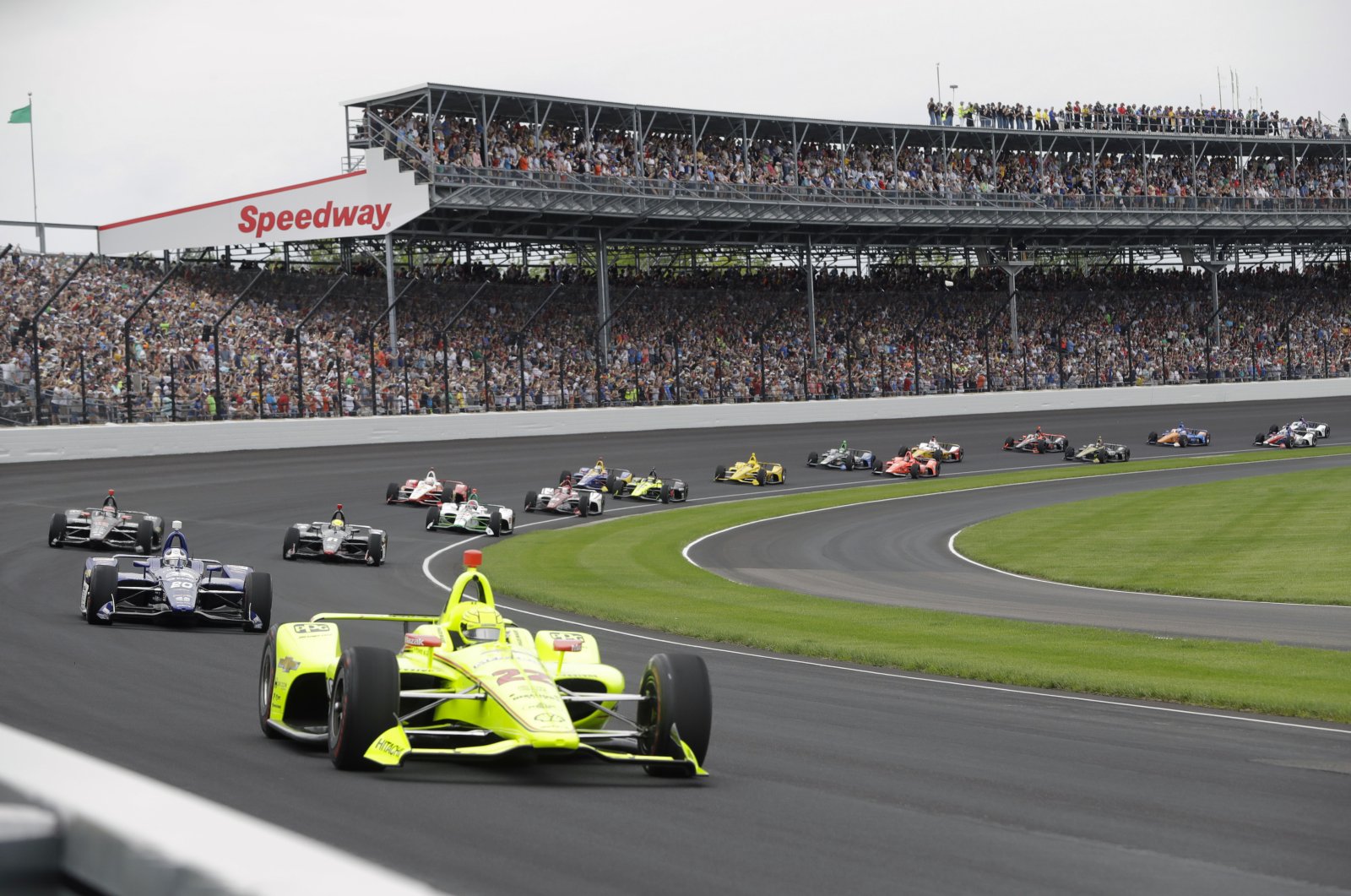 Simon Pagenaud leads the field through the first turn on the start of the Indianapolis 500 IndyCar auto race at Indianapolis Motor Speedway, in Indianapolis, U.S., May 26, 2019. (AP Photo)
by Reuters May 11, 2020 12:16 pm
RECOMMENDED

Andretti, one of four drivers to claim both the Formula One and IndyCar drivers championships, said in an interview with Gazzetta dello Sport on Sunday that IndyCar series owner Roger Penske and Ferrari team principal Mattia Binotto should get together to discuss a collaboration.

"Having Ferrari would be incredible," Andretti told the Italian sports newspaper. "Not only as an engine supplier, but also as a chassis builder."

"It is clear that the rules should be changed, but I would like an all-Italian Dallara v Ferrari battle. The Cavallino (Ferrari's Prancing Horse symbol) would increase interest in the championship, but there is an obstacle in the rules."

"I suggest Binotto comes and proposes an idea to Roger Penske."

Andretti's role in IndyCar is now mostly ambassadorial but he remains a fixture on the circuit working with son Michael, also a former F1 and IndyCar driver who now operates numerous racing teams including IndyCar, Indy Lights and Formula E.

Currently IndyCar has two engine suppliers, Chevrolet and Honda, while Dallara makes the chassis for all teams.

Bringing Formula One's glamor team into the IndyCar picture could be more than just fanciful pondering from Andretti with Ferrari resisting new FIA budget caps that could result in the loss of hundreds of jobs at the Maranello based operation.

Ferrari has long flirted with the idea of getting involved in IndyCar. In 1985 Ferrari struck a deal with Truesports Racing and Indy 500 winner Bobby Rahal to develop an IndyCar.

Although a car was developed it never made it onto the starting grid.