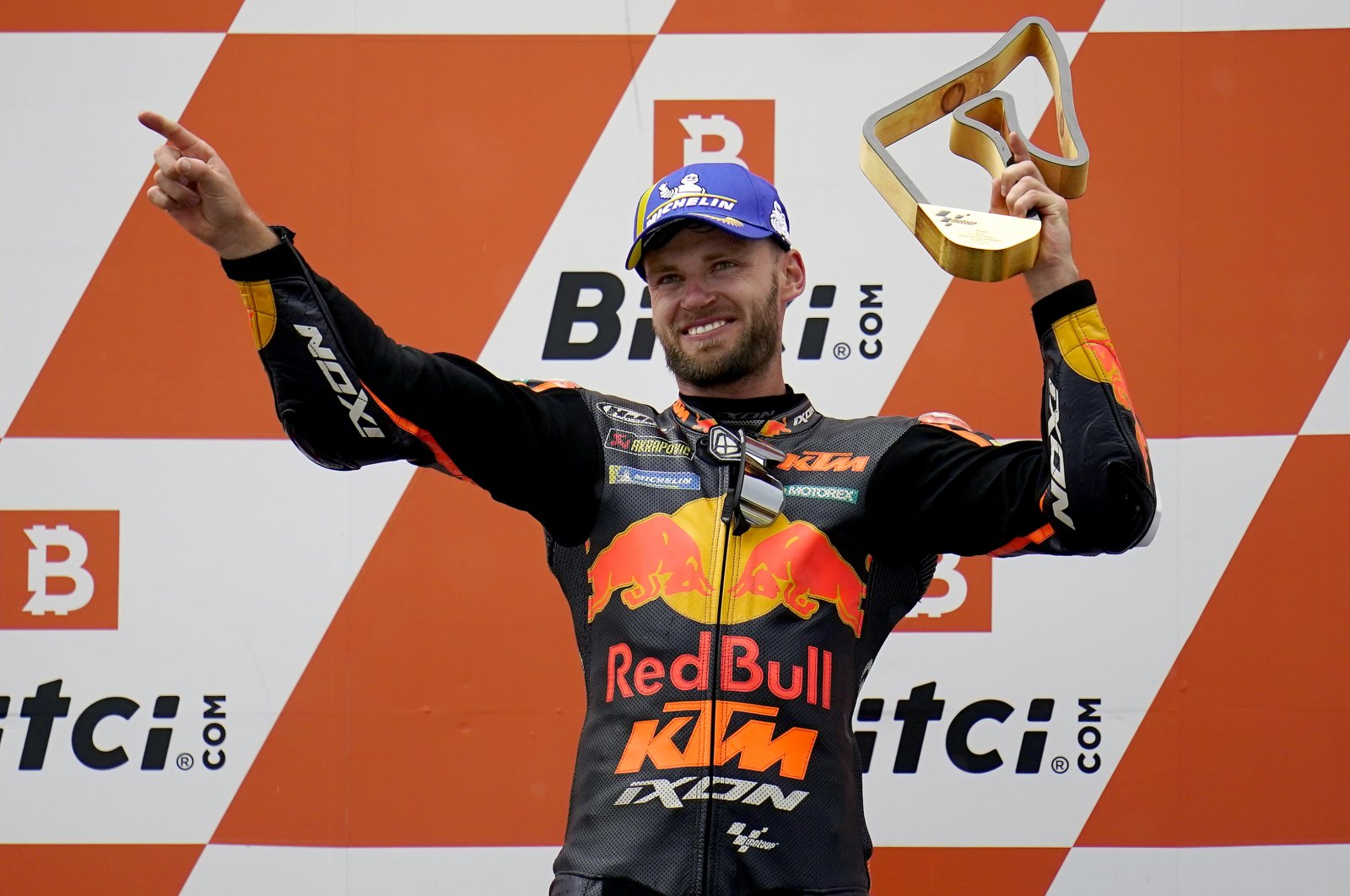 South African Brad Binder (KTM) won the Austrian MotoGP Sunday after gambling not to change bikes despite heavy rain in the closing laps.

Unlike his rivals who pitted to change bikes, Binder opted to stay out on slick tires and skillfully held off the field to win his second-ever MotoGP.

Frenchman Fabio Quartararo (Yamaha) could only finish seventh but that did not prevent him from increasing his lead in the world championship from 40 to 47 points.

He benefitted from the fall of his compatriot Johann Zarco (Ducati-Pramac), who was running second at the time.

Zarco slipped to fourth in the standing, two points behind Bagnaia and the Spaniard Joan Mir (Suzuki) who finished fourth, ahead of the Italian Luca Marini (Ducati-Avintia) and the Spaniard Iker Lecuona (KTM-Tech3), who did not change bikes either.

Veteran Valentino Rossi, who is retiring at the end of the season, guided his Yamaha-SRT to eighth while six-time world champion Marc Marquez (Honda) came off his bike on the penultimate lap and had to settle for 15th.

The next round will take place at the Silverstone circuit in Great Britain on Aug. 29.