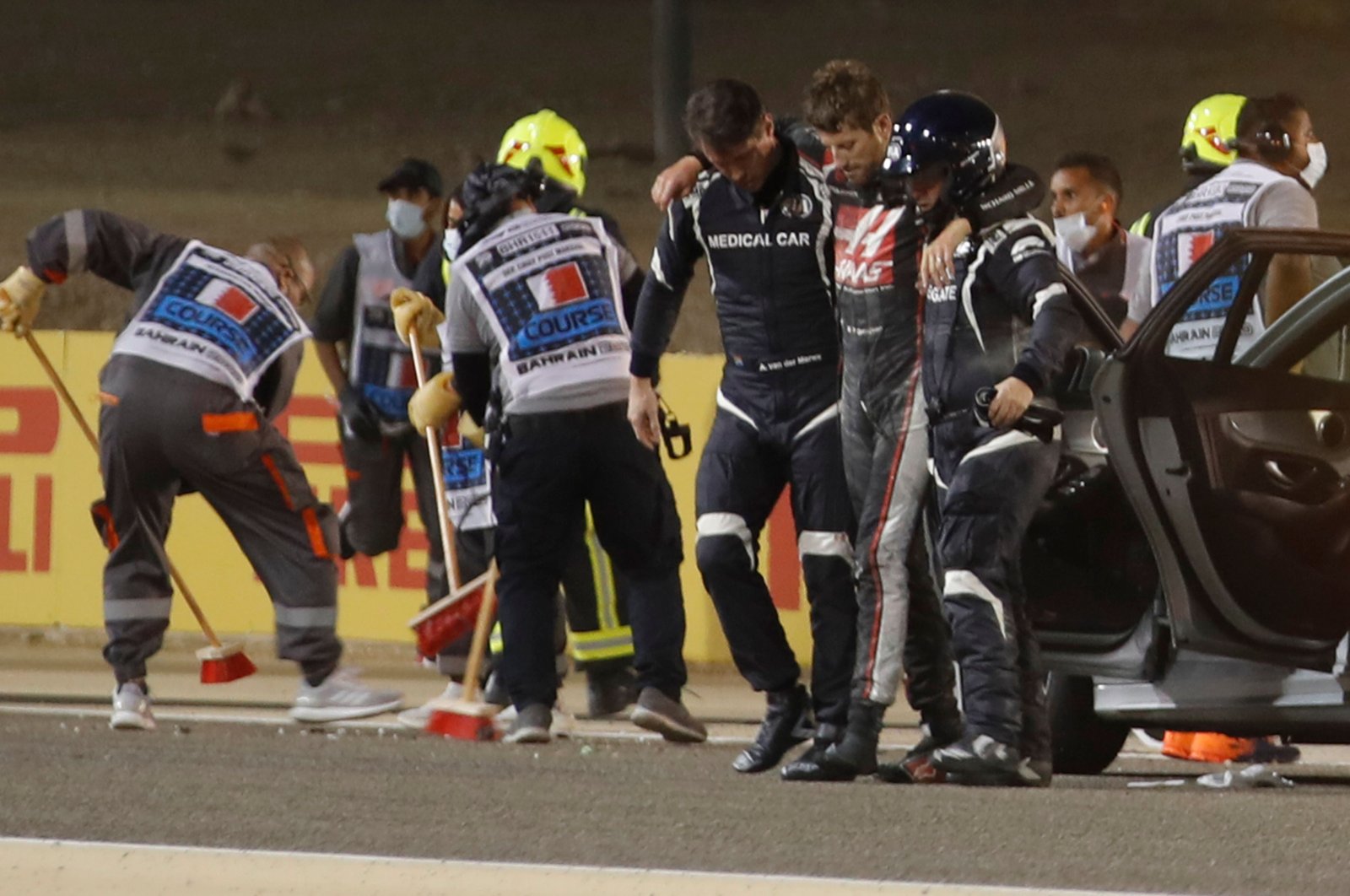 Brazilian reserve driver Pietro Fittipaldi will make his Formula One race debut with Haas at next weekend's Sakhir Grand Prix in Bahrain as a stand-in for the injured Romain Grosjean, the U.S.-owned team said Monday.

Frenchman Grosjean suffered burns to the back of his hands in a fiery crash that split his car in two during Sunday's Bahrain Grand Prix. The 34-year-old is expected to remain in the hospital until Tuesday. The team said he was unable to compete.

"After it was decided that the best thing for Romain was to skip at least one race, the choice to put Pietro in the car was pretty easy," said team principal Guenther Steiner in a statement. "He’s familiar with us having been around the team for the past two seasons as a test and reserve driver. It’s the right thing to do, and it’s obviously a good opportunity for him. He’s been patient and was always prepared for this opportunity and now it has come. That’s why we want him in the car, and I’m sure he’ll do a good job."

The Miami-born Brazilian, 24, is a grandson of twice Formula One world champion and double Indianapolis 500 winner Emerson Fittipaldi.

The Sakhir Grand Prix is the penultimate race of the season, which ends in Abu Dhabi a weekend later. Haas is ninth out of 10 teams in the standings and has not scored a point since the Eifel Grand Prix at the Nurburgring on Oct. 11. Fittipaldi recognized it was "not an ideal set of circumstances" for his debut but is familiar with the team's operating procedures from working with them trackside and in the simulator. "It’s going to be exciting to make my first career start in Formula One – I’ll be giving it my all and I look forward to starting in free practice on Friday in Bahrain," he said.

Grosjean is due to leave Ferrari-powered Haas at the end of the season along with Danish teammate Kevin Magnussen. Mick Schumacher, son of seven-time world champion Michael and the current Formula Two leader, is expected to join for next season along with Russian Nikita Mazepin. Both drivers are in Bahrain but next weekend will be the Formula Two title decider.