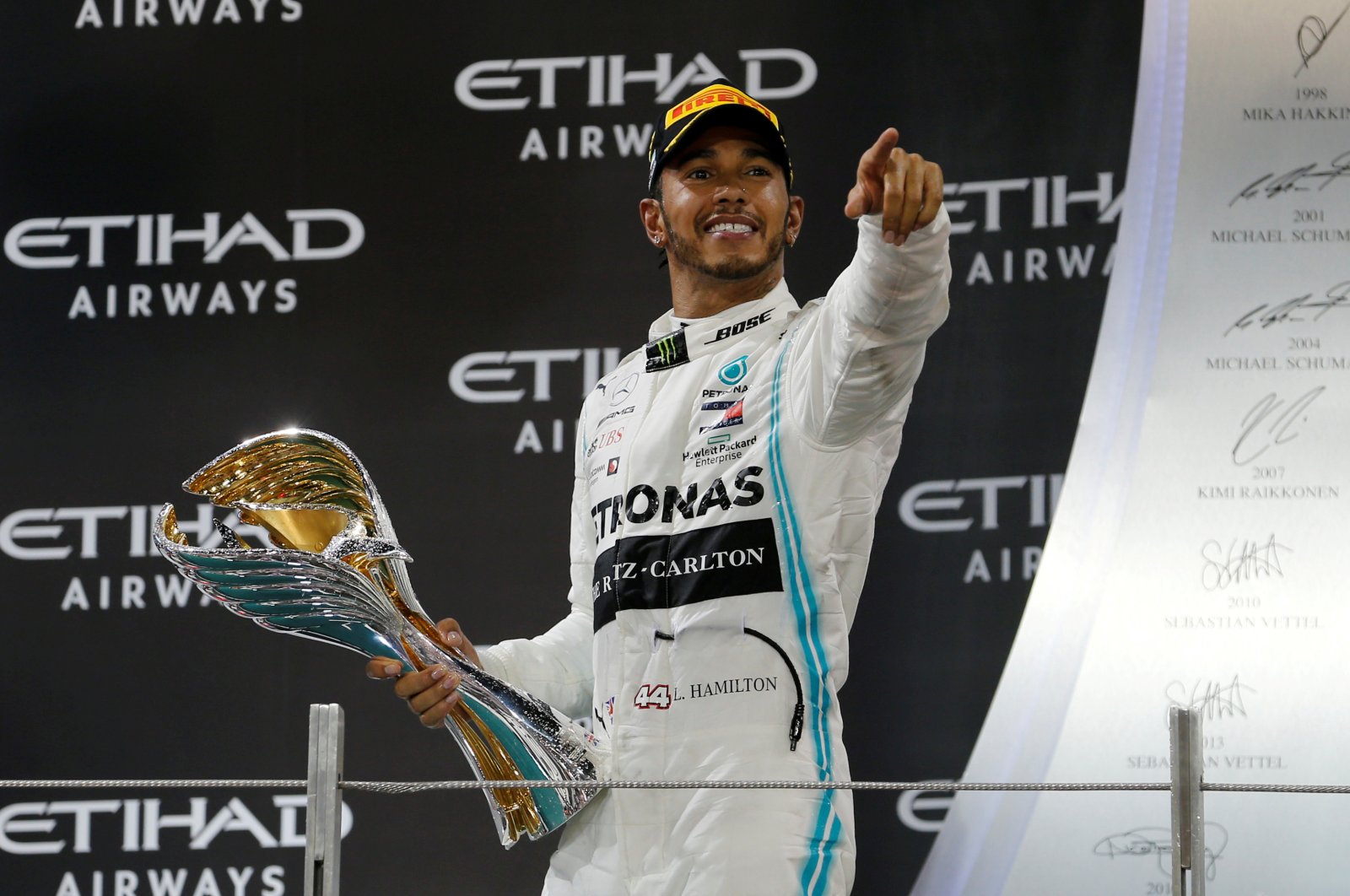 Formula One starts a new season in Australia next week with Lewis Hamilton chasing records that some once thought would last a lifetime.

The 91 wins and seven titles of retired Ferrari great Michael Schumacher are firmly in the 35-year-old Mercedes driver's sights now.

How many races will feature in what could be an epic battle of the generations remains uncertain, with the debut of Vietnam and a revived Dutch Grand Prix on the calendar but the coronavirus epidemic forcing the Chinese GP in Shanghai to be called off.

If that cannot be rescheduled, then an unprecedented 22-race championship will be reduced to 21.

The future of the sport will be in the spotlight, with sweeping changes to the technical and sporting rules coming in 2021, but the 10 teams have yet to sign a commercial agreement for the new era.

Six-time world champion Hamilton and his team will take center stage, hoping for another year of dominance after winning both titles for the past six years and ending up fastest in winter testing.

Hamilton, whose contract with Mercedes runs out at the end of the year with plenty of speculation about his next move, is seven wins short of Schumacher's tally but has averaged 10 a season for the past six years.

While the Briton points to teammate Valtteri Bottas as his biggest rival, he will have to watch out for the 22-year-old talents of Red Bull's Max Verstappen and Ferrari's Charles Leclerc.

Verstappen won three races last year and was best of the rest last year behind the Mercedes duo. He can also replace Sebastian Vettel as the youngest world champion.

"Max is the coming man," said Red Bull principal Christian Horner. "In any sport there is always another generation coming and, with Max and Charles Leclerc, it is set for a really thrilling year. I think it is going to be a classic."

Ferrari can be trusted to provide plenty of headlines with four-time champion Vettel fighting to reassert himself in the team after being outshone by quick newcomer Leclerc, a double winner in 2019.

The Italian team may first have to deal with their performance, team boss Mattia Binotto telling everyone that Ferrari is behind Mercedes on pace.

That may be true, even if rivals suspect the prancing horse of feigning a limp.

Much as all neutrals want to see a Hamilton vs. Verstappen battle for the title, they also want to see the sparks of a Verstappen vs. Leclerc clash and Hamilton against both on a more level playing field.

The gap between the top teams is set to shrink, with the midfield battle fiercer than ever and cars lapping faster with stable regulations and the same Pirelli tires as last season.

McLaren, Racing Point – with a car looking just like the 2019 Mercedes – and Renault all look like contenders for fourth.

Former world champion Williams, the sad tail-ender in 2019 with just one point, is also showing signs of being more competitive and could at least be in contention for points again.

Williams' Canadian Nicholas Latifi is the only rookie on the starting grid, with Frenchman Esteban Ocon returning at Renault alongside Australian Daniel Ricciardo after a year on the sidelines.

McLaren's Lando Norris and old F2 rival Alexander Albon, in the other Red Bull, can also hope to make their F1 podium debuts.