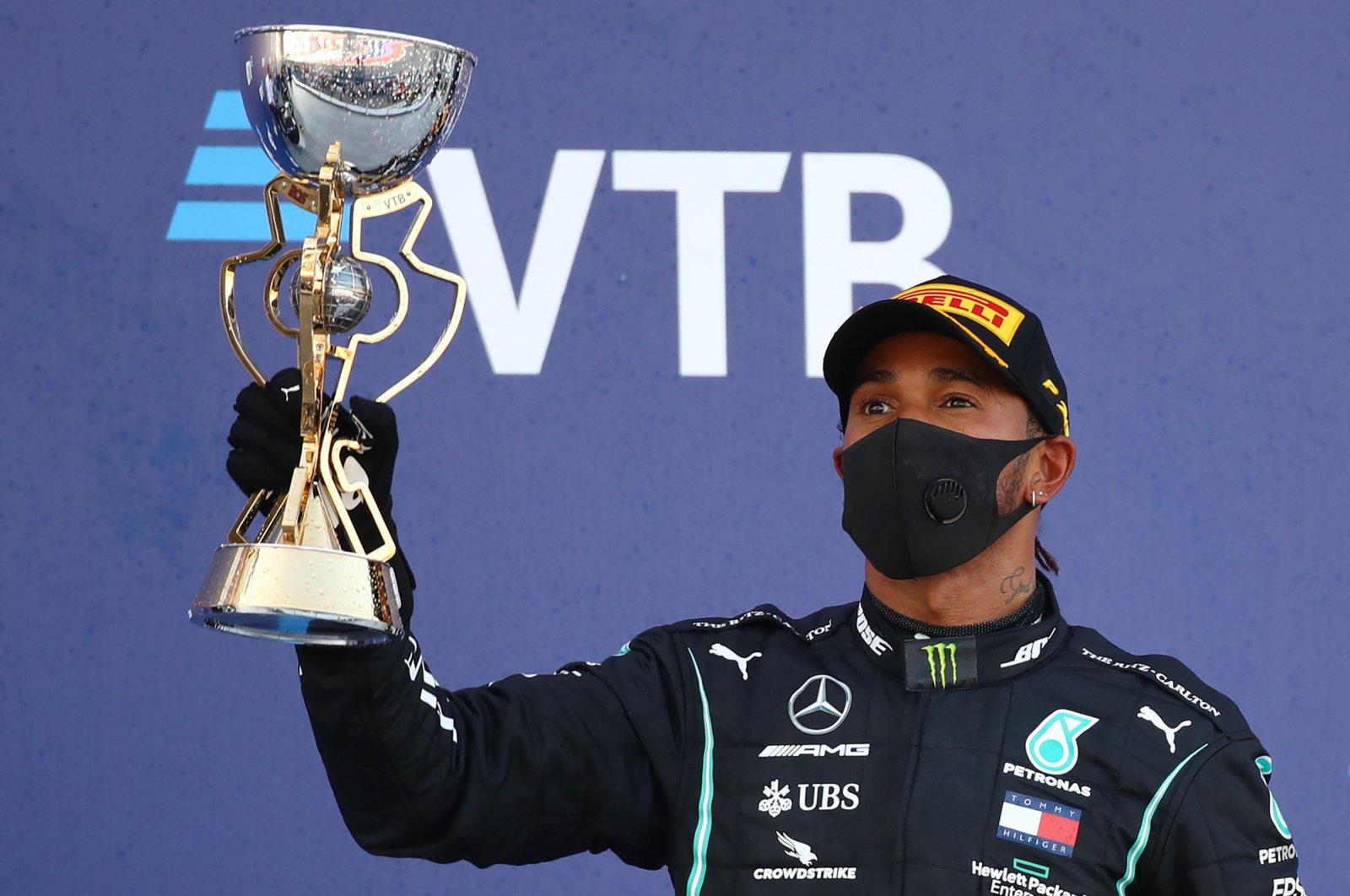 Lewis Hamilton has offered a veiled apology for his claim that Formula One bosses are singling him out after he was hit with a 10-second penalty at the Russian Grand Prix.

Hamilton's bid to match Michael Schumacher's record of 91 victories in Sochi Sunday was wrecked when he was punished with two five-second penalties for prerace misdemeanors.

He had also been given two penalty points on his super license by the race stewards but they subsequently canceled them and instead fined his team Mercedes.

The six-time world champion claimed afterward that F1's governing body, the FIA, was finding new ways to stop him from winning.

But in a social media post Tuesday, Hamilton wrote: "I may not always get it right in the face of adversity. I may not always react the way you want me to when tensions are high, but I am only human after all and I am passionate about what I do."

"I'm learning and growing every day, and I'll take my lessons and keep fighting on to the next one. Thank you to those who continue to support and are right there fighting with me," he said.

Hamilton will now have to wait until at least Germany's Eifel Grand Prix on Oct. 11 to match Schumacher's all-time tally.

F1's motorsport managing director Ross Brawn called on the British driver to learn from the incident.

Brawn said: "Personally, I would go away, lick my wounds and think about how I could prevent such incidences again in the future. That's what I know Mercedes will be doing. I know many of the people from my time at the team and they will recognize they have made some mistakes."

"Bad luck and mistakes happen, but it's how you respond that matters. It's easy to think the world is against you but there is nearly always something you could have done differently and you can learn from," he said.

The F1 circus next heads to the Nurburgring for the first time since 2013 for the 11th of 17 rounds this year.

Despite Valtteri Bottas's triumph on Sunday, Hamilton, who finished third in Sochi, will head to Germany with a 44-point lead in his quest to be crowned world champion for a record-equaling seventh time.