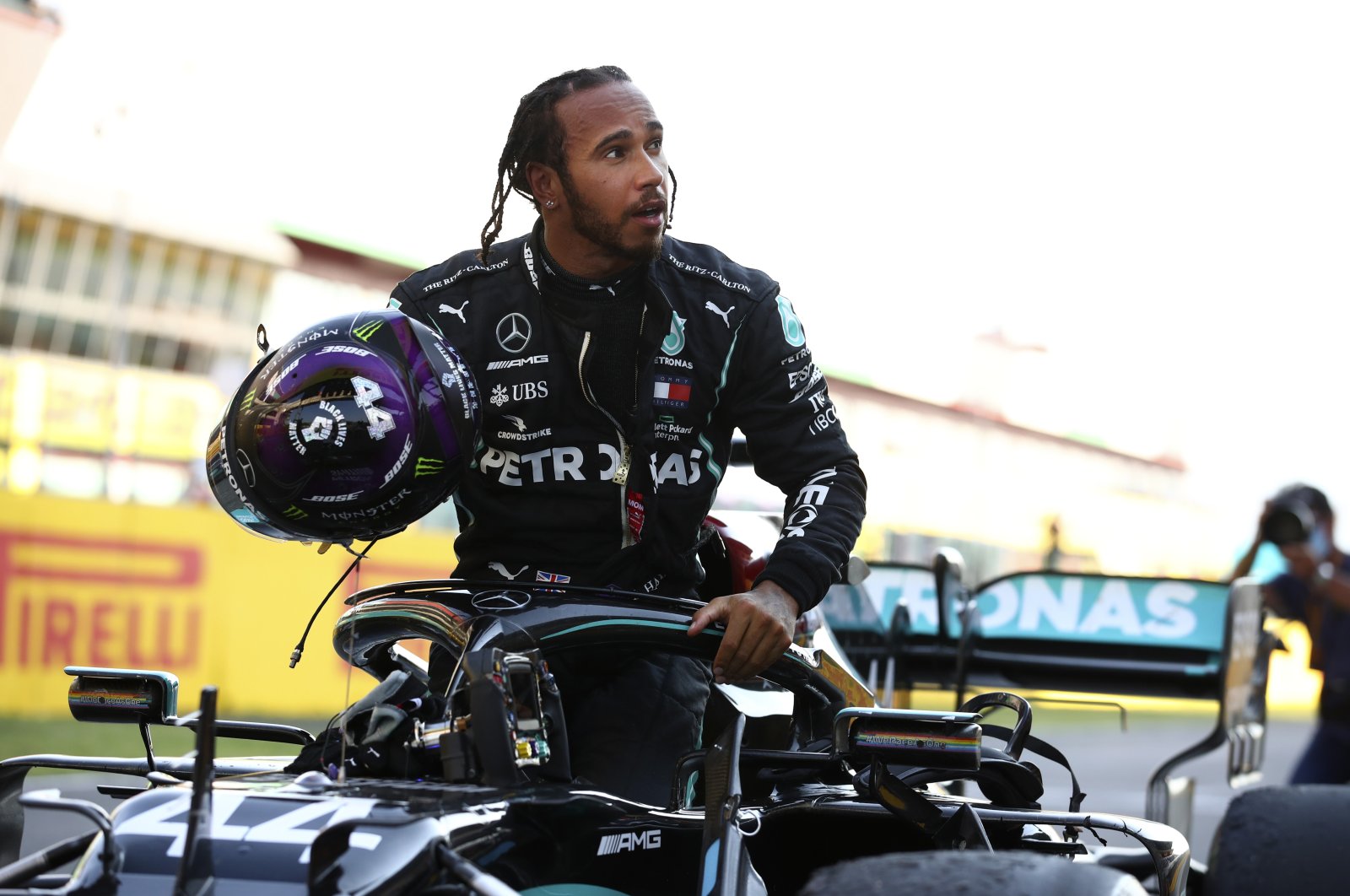 Lewis Hamilton is one win away from matching Formula One legend Michael Schumacher's record 91 and the Mercedes F1 driver will be the favorite to get the job done in Russia Sunday.

Some felt Schumacher's tally might never be equaled when the seven-times world champion celebrated his last win in China in 2006.

Hamilton, a winner since his debut 2007 season and now making his 260th start, stands on the cusp of doing just that at a circuit that did not exist when the Ferrari great was racing.

The Briton has a better record than anyone in Sochi, with four wins since the first race thereafter the 2014 Winter Olympics, and Mercedes has yet to be beaten at the circuit.

If they triumph again, it will also be a record for most successive wins by a team at the same grand prix.

"It just doesn't seem real," the six-times world champion said after his 90th win at Italy's Mugello circuit on Sept. 13. "I never thought that I would be here, that's for sure."

The man most likely to keep Hamilton waiting is teammate Valtteri Bottas, who won in Sochi in 2017 – the first victory of his Formula One career.

The Finn needs something special since he is 55 points behind Hamilton after nine of 17 races with only one victory to his team mate's six.

Mercedes may not have it all its own way, however, even if Ferrari – on pole last year with Charles Leclerc – is struggling.

Red Bull's Max Verstappen is due a change of fortune after two successive retirements.

"It's not going to be easy in Sochi and it has not been a favorite for us with a lot of long straights," said the Dutch 22-year-old.

"It's also not the easiest place to overtake, but let’s hope this weekend I won't need to do too much overtaking and that we can get a good result."

Sochi is the first "standalone" race of the season, after three successive triple headers, and also set to be the first with a significant spectator presence after the COVID-19 pandemic forced the sport behind closed doors.

Organizers, who had aimed for a 30,000 strong crowd, say the race is sold out. It will also be a precursor for the Turkish Grand Prix that will take place on Nov. 15 in Istanbul, where up to 100,000 fans are expected to attend.

The presence of a Netflix crew, following Mercedes for season three of their "Drive to Survive" series, will have a few people on edge.

It all went terribly wrong last time the filmmakers followed Mercedes, at Hockenheim last year where the German marque was celebrating 125 years in motorsport at a home grand prix.

Mercedes endured its worst race of the season, with Hamilton 11th but later promoted to ninth while Bottas crashed out and Red Bull's Max Verstappen was the winner.

"That made for a very entertaining Netflix episode but we hope that this time we can have great content and a great race," said Mercedes team boss Toto Wolff.