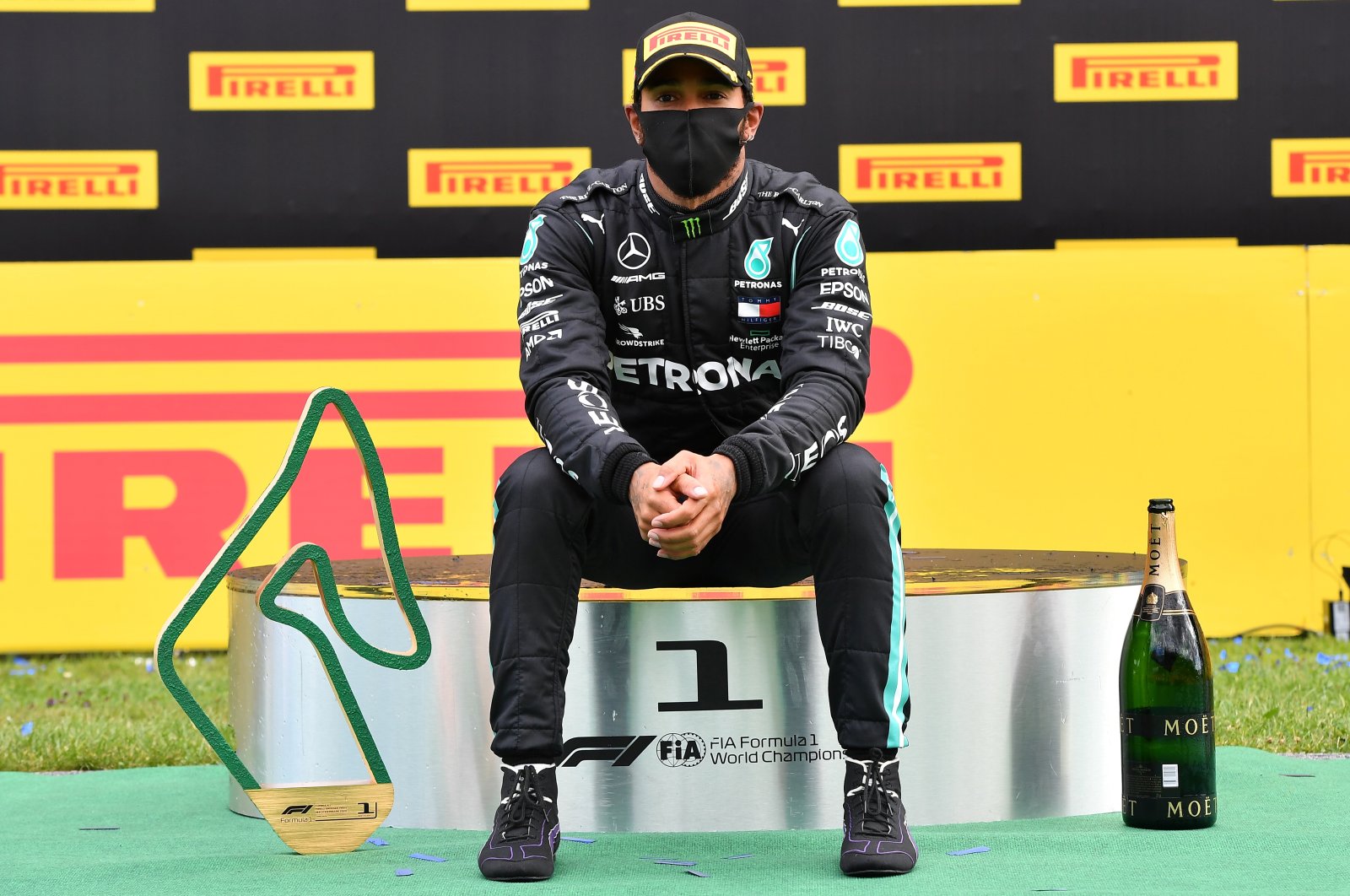 Lewis Hamilton won the Styrian Grand Prix from pole position on Sunday to clinch an 85th career win and move within six of Michael Schumacher's Formula One record.

Most of Schumacher's wins were during a dominant spell with Ferrari, but his old team is struggling badly. For the second time in the past four races, Charles Leclerc and Sebastian Vettel crashed into each other and went out.

When Hamilton stood on the podium he raised a clenched right fist.

Hamilton's record-extending 89th career pole on a rain-drenched track was one of his best in extreme conditions, but during the race he was hardly challenged as he finished a sizeable 13.7 seconds ahead of Mercedes teammate Valtteri Bottas and 33.7 ahead of Red Bull's Max Verstappen.

Because of social distancing amid the coronavirus pandemic, the drivers on the podium had their trophies delivered by a remote-controlled device.

“What a weird year but (it is) great to be back driving with this kind of performance. The team did a fantastic job, it was just for me to bring it home,” said Hamilton, who finished fourth last week after a time penalty. “Difficult weekend last weekend but this was a great step forward.”

Despite the sizeable margin of Hamilton’s win, Bottas maintains he can challenge for the F1 title. He leads in points 43-37.

“I have no reason to doubt any of my ability or skills. I know what I’m capable of,” the Finnish driver said. “I really feel some improvements in my driving since last year that’s why I’m confident it will be a good battle for the championship this year."

Like last Sunday, drivers again wore black T-shirts with “End Racism” and most took a knee a few moments before the national anthem.

Red Bull driver Alexander Albon did well to fend off persistent attacks from Racing Point’s Sergio Perez and finished fourth ahead of McLaren’s Lando Norris and Perez, who dropped to sixth after touching wheels with Albon late on.

McLaren’s Carlos Sainz Jr. started from third and finished ninth but collected a bonus point for the fastest lap.

At the start of the race, Hamilton got away cleanly while Verstappen did well to hold off Sainz.

Leclerc tried to overtake down the right entering a hairpin bend and ended up riding over the back of Vettel’s car, mangling his rear wing and prompting a safety car to come out for two laps.

Vettel, who finished 10th last week, had to retire while Leclerc came into the pits on lap five and was soon out of the race.

At last season’s penultimate GP in Brazil, both Ferrari cars crashed out. Vettel appeared at fault that time after being overtaken cleanly by Leclerc and trying to regain position.

But this time Leclerc was far too hasty and impatient.

Up ahead, Hamilton was coasting and about five seconds clear of Verstappen when the Dutch driver came in for his first tire change on Lap 25 of 71.

Hamilton came in for fresh tires soon after and then Bottas a few laps later, meaning that by Lap 38 Verstappen was second again – still five seconds adrift of Hamilton.

Verstappen’s front wing was damaged on the right side and, with six laps remaining, his lead over Bottas was down to under a second.

Bottas overtook Verstappen on the next lap but Verstappen regained his position superbly, only to concede it again moments later as Bottas’ superior speed proved decisive.

“When Valtteri tried to pass me I tried to make it a bit more difficult,” Verstappen said. “The podium is good but there's still a lot of work to do.”

Red Bull showed signs late last season that it was closing the gap on Mercedes, but this time Verstappen is not convinced a serious challenge can be mounted.

“I tried everything I could but it’s still not enough,” Verstappen said. “As a team we want to win and fight for the championship, and to do that we need to win races.”

Renault driver Esteban Ocon was the other driver not to finish, but teammate Daniel Ricciardo was eighth behind Racing Point's Lance Stroll.

Daniil Kvyat of AlphaTauri rounded out the top 10.