Leader Verstappen out of British GP after collision with Hamilton 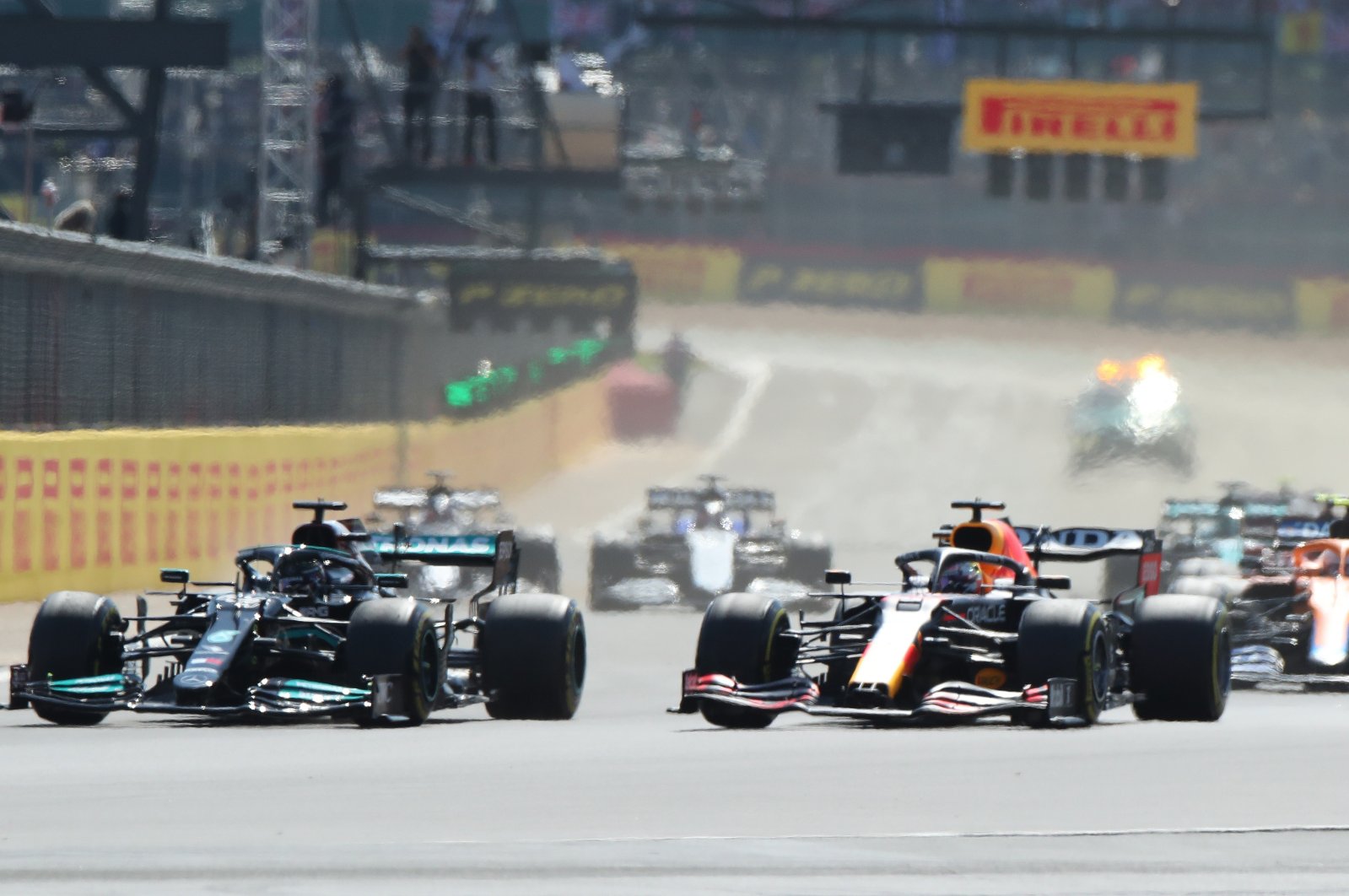 Formula One championship leader Max Verstappen crashed out of the British Grand Prix on Sunday after a first-lap collision with reigning champion Lewis Hamilton.

Roared on by a capacity crowd, home driver Hamilton, who started second on the grid, attacked Verstappen from the start.

He made several attempts to overtake and tried to cut inside on Copse corner. As Dutchman Verstappen turned he hit the front tire of the Mercedes, and his Red Bull flew across the gravel and into the barriers.

The race was suspended with Charles Leclerc in the lead as crews worked to removed Verstappen's car and the stewards reviewed the incident.