Marquez to race in Andalucia GP despite broken arm 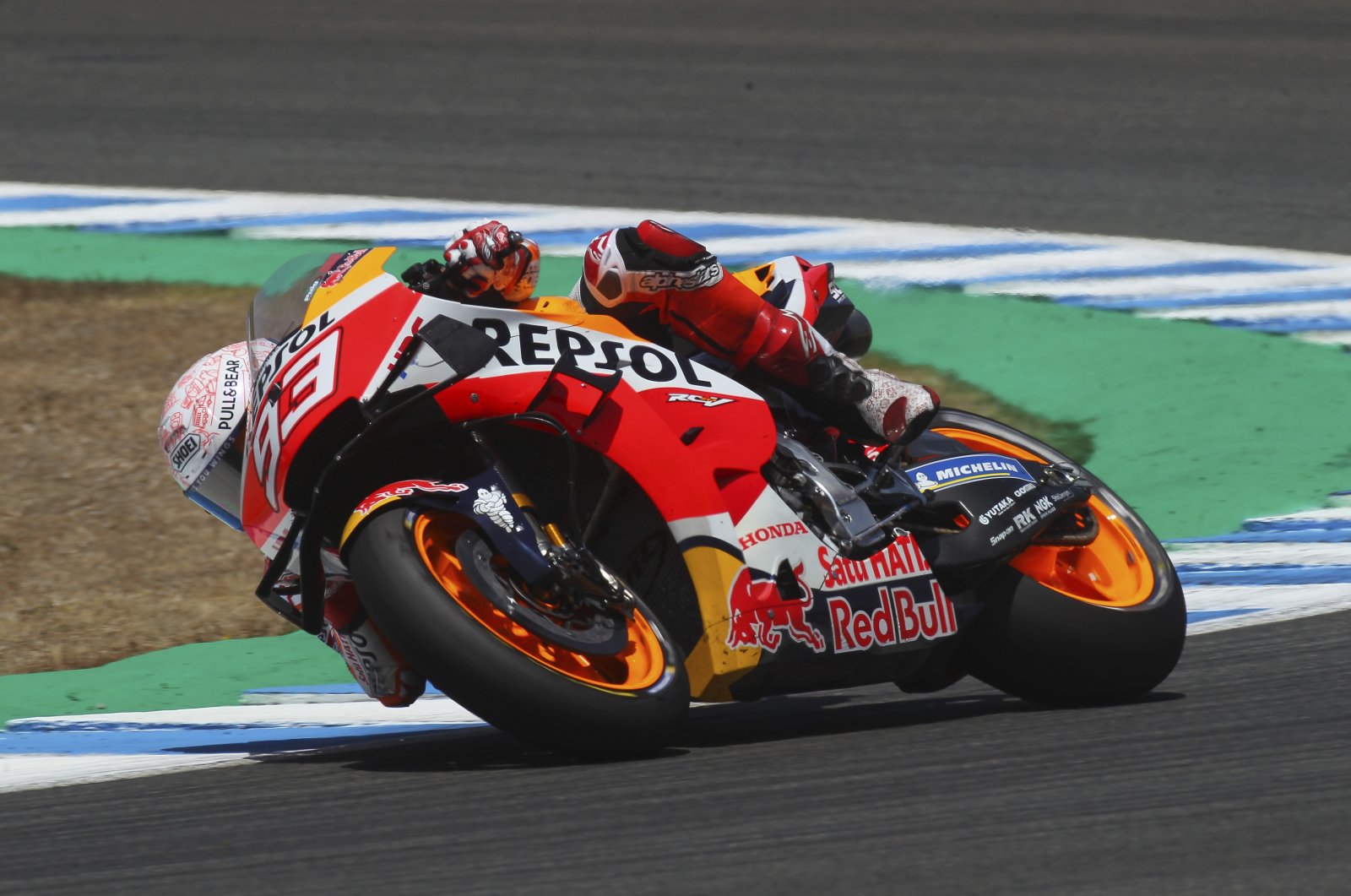 MotoGP champion Marc Marquez has been declared fit to race at this weekend's Andalucia Grand Prix in Jerez, two days after undergoing surgery on a broken right arm, officials said on Thursday.

Marquez sustained the injury when he crashed four laps from the end of the season-opening Spanish Grand Prix in Jerez last Sunday.

The Spaniard underwent an operation in Barcelona on Tuesday, which involved fixing a titanium plate internally to his right humerus.

The radial nerve was not affected, however, in a boost for the Repsol Honda rider's hopes of an early return.

"Marquez arrived at the Circuito de Jerez-Angel Nieto on Thursday morning from Barcelona and has since passed the eagerly anticipated fitness test, which will now see him take to the circuit on board his RC213V this weekend," MotoGP said in a statement.

LCR Honda rider Cal Crutchlow, who missed the season opener due to a fractured wrist in a crash during a warm-up session last Sunday, has also been passed fit to race.

Suzuki Ecstar's Alex Rins has also cleared physical checks to race this weekend, after dislocating his right shoulder in a crash in qualifying last weekend.