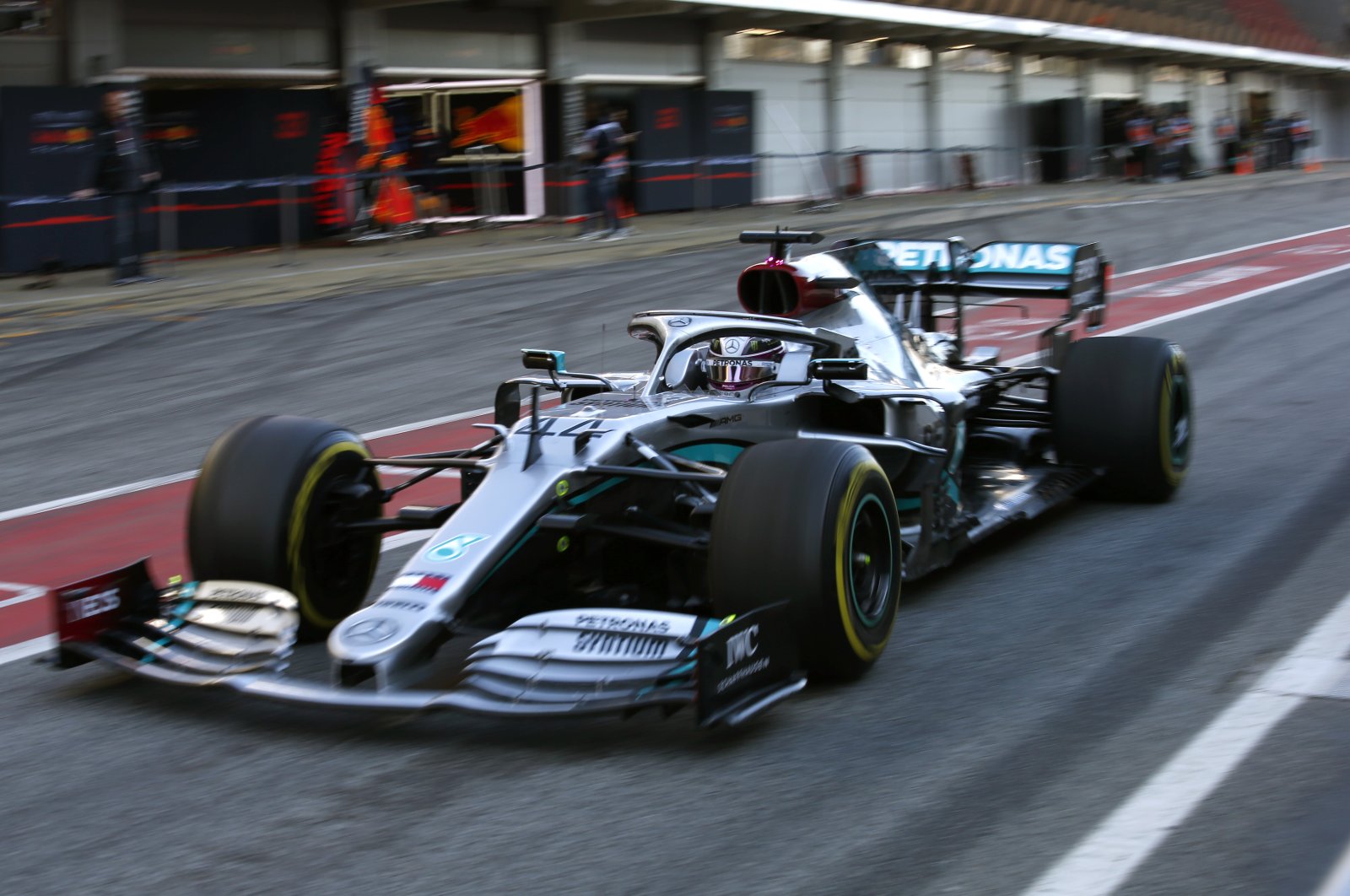 Mercedes driver Lewis Hamilton pulls out of the pit lane during the Formula One pre-season testing session at the Barcelona Catalunya racetrack in Montmelo, Barcelona, Spain, Feb. 28, 2020. (AP Photo)
by Agencies Jun 09, 2020 2:47 pm

Formula One world champions Mercedes started a two-day test at Britain's Silverstone race track on Tuesday ahead of the delayed season start next month.

"Welcome back, @ValtteriBottas! We're ready to hit the road at Silverstone, but safety comes first," Mercedes tweeted with a picture of Finland's Valtteri Bottas and staff members wearing face masks.

Bottas and Lewis Hamilton on Wednesday have the chance to rediscover the feel for racing albeit in a 2018 car – F1 regulations do not permit extra testing in current models.

The coronavirus pandemic wiped out several months at the start of the F1 season, but the 2020 campaign will begin with a double-header in Austria's Spielberg July 5 and 12. Silverstone will host the British Grand Prix on Aug. 2 and another race a week later part of a revised European swing to start the season.