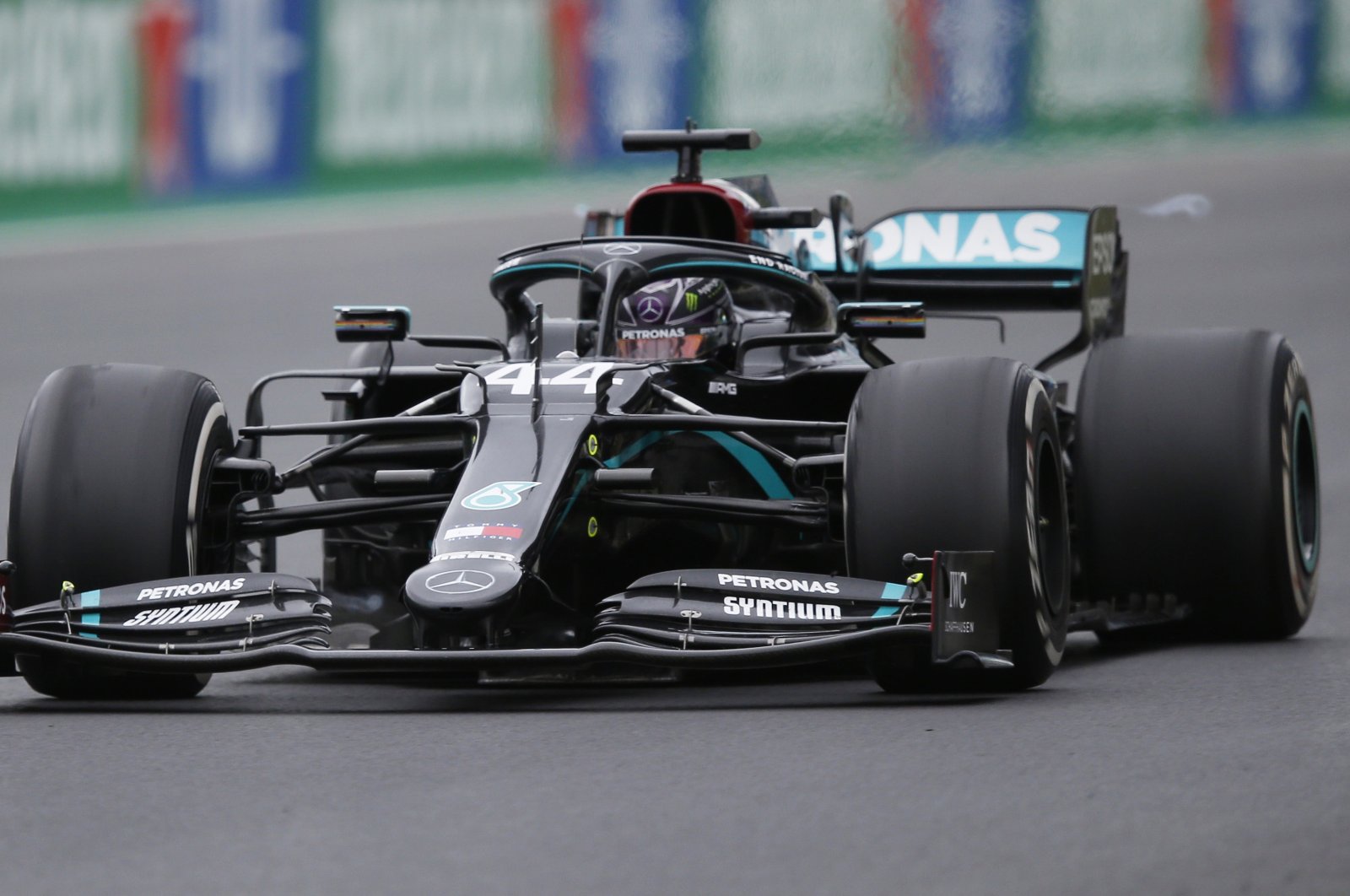 Fresh from his record 92nd career win last Sunday, Lewis Hamilton will be the center of attention again this weekend when his Mercedes team aim to seal a record seventh constructors title.

In addition to leading the Mercedes’ bid for unprecedented glory at the Emilia Romagna Grand Prix, Hamilton will face inquiries about his future following Monday's unanimous agreement, by all 10 teams, to support the introduction of a salary cap from 2023.

As the six-time champion is out of contract at the end of this season, the dramatic cost-cutting measure will certainly have a direct effect on his negotiations with Mercedes as the team will seek to retain him.

The team has made clear that they see him as an important asset for their brand and the sport as Formula One enjoys rapid growth in younger demographic groups in the digital age.

Hamilton was expected to begin talks on a new three-year deal as soon as Mercedes complete their seventh title success, COVID-19 restrictions notwithstanding.

Both Hamilton and team chief Toto Wolff said following last Sunday's race that they intend to stay together with Mercedes next year.

The salary cap was agreed after discussions during Monday's Formula One Commission video meeting and the plan is due to be confirmed by the World Motor Sport Council.

Wolff has said he would prefer to avoid any delays to a long-term deal and is against going for a one-year extension.

"COVID has really changed the way we do business and I think everything should be done this year," Wolff was quoted as saying by Agence France-Presse (AFP).

"I don't want to go into any other negotiation midway through next year and drag it on again.”

"We all need to concentrate on our work – Lewis driving, me running the team and Ola Kallenius (chairman of Daimler) turning the big wheel."

Mercedes currently shares the record streak with Ferrari, which won six in a row between 1999 and 2004 in a golden era for the Italian team when seven-times champion Michael Schumacher was at his peak.

Mercedes is a hefty 209 points clear of second-placed Red Bull in the standings and after Sunday's 13th round of the season there will be four races, and a total of 176 points, remaining to be won.

That means Hamilton or teammate Valtteri Bottas needs to finish only fourth for Mercedes to add another title to the sequence even if Red Bull finishes one-two.

Red Bull must score 34 points more than Mercedes to spin things out to the following race in Turkey, where Hamilton could wrap up his own championship battle if things go his way on Sunday.

The Briton is 77 points clear of Bottas going to a circuit, named after Ferrari founder Enzo and his son Dino, where neither has raced previously in F1.

Imola will also always be remembered for the dark weekend of 1994 when Brazilian triple champion Ayrton Senna and Austrian Roland Ratzenberger died after crashes.

"It's a track with lots of history but one that the Mercedes works team has never raced on before, so there are quite a few unknowns heading into the race weekend," said Wolff.

The third race this year in Italy, another first, will be behind closed doors after the COVID-19 pandemic forced promoters to scrap plans to allow 13,000 spectators a day.

The race weekend will run to a two-day format, with no Friday practice but an extended session on Saturday before qualifying.

The novelty of that was slightly diminished by this month's Eifel Grand Prix at the Nurburgring also effectively becoming a two-day event when bad weather ruled out any running on Friday.

Kimi Raikkonen, the most experienced driver in Formula One history, was around last time Imola was on the F1 calendar but others have raced there in junior series.

McLaren's Lando Norris, who was only six years old when Raikkonen finished fifth for the same team in 2006, raced at Imola in Italian Formula Four.

"It was an amazing track, so I’m looking forward to seeing what it’s like in a Formula One car," said the Briton, according to Reuters.

"With it only being a two-day race weekend, it’ll definitely make things interesting by missing out on two free practice sessions. Hopefully my previous experience there will give me a helping hand on Saturday and Sunday."