No Lewis Hamilton as F1 faces new challenge in Bahrain 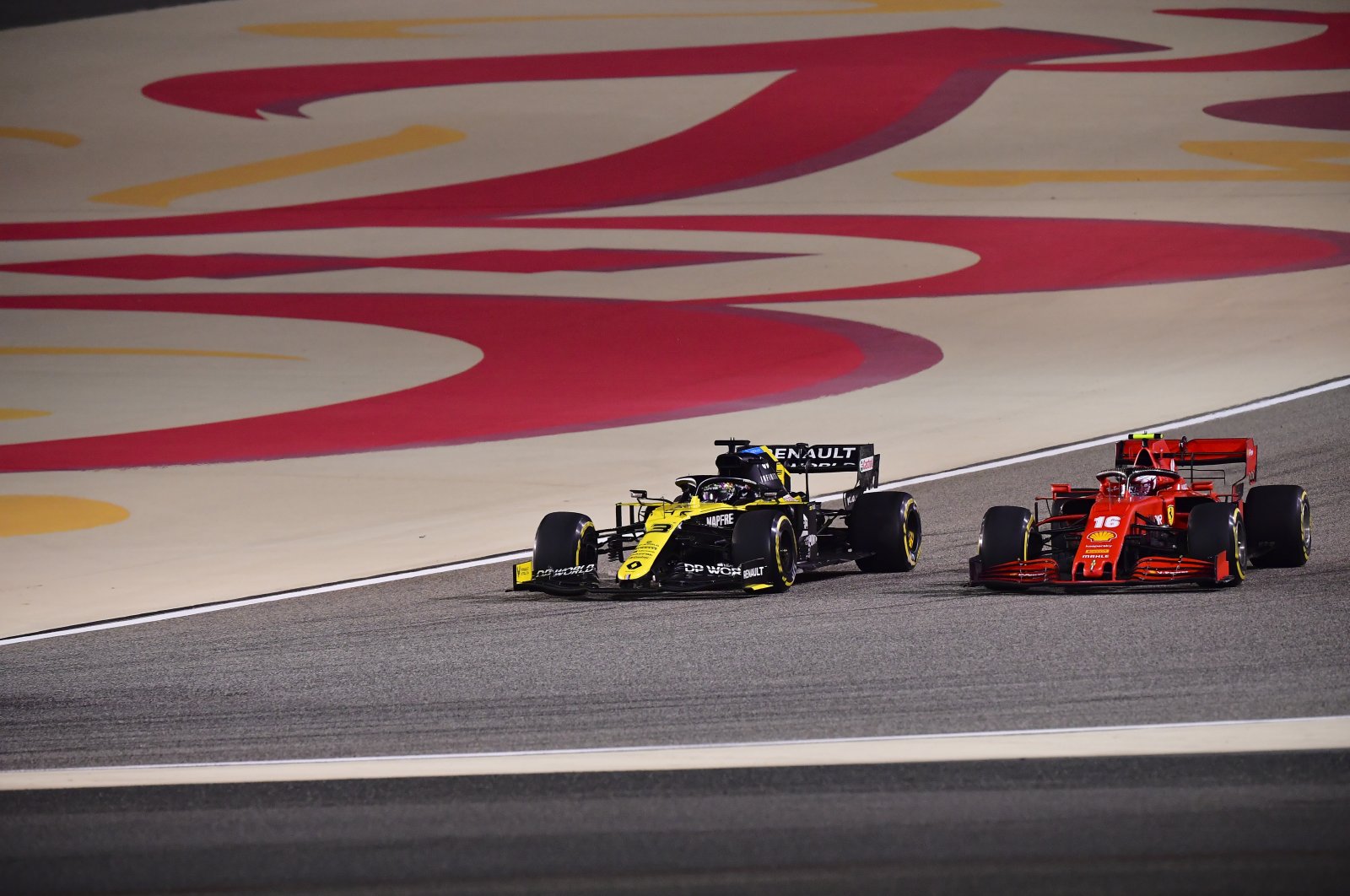 Daniel Ricciardo of Australia (L) and Charles Leclerc of Monaco in action during the Formula One Bahrain Grand Prix in Sakhir, Bahrain, Nov. 29, 2020. (AP Photo)
by REUTERS Dec 03, 2020 12:00 pm
RECOMMENDED

Lewis Hamilton's unexpected absence will add extra spice to a Sakhir Grand Prix that represents a new challenge for the seven-time world champion's Formula One rivals in Bahrain this weekend. The Mercedes driver, who has not missed a race since his debut with McLaren in 2007, is isolating after testing positive for COVID-19. "I’m devastated that I won’t be racing this weekend," said Hamilton, who had been on course to take 100 career poles and match the record for 13 wins in a season jointly held by Michael Schumacher and Sebastian Vettel.

The starting grid will be without its biggest name under the floodlights, with only Alfa Romeo's Kimi Raikkonen having raced in the pre-Hamilton era, but that opens up opportunities for others. Britain's George Russell will move up from Williams to stand in for his compatriot, who has clinched his record-equaling seventh title, in one of three changes since last week's Bahrain Grand Prix.

The race is at the same circuit but on a different, and shorter, "outer" layout. Two drivers will make their race debuts – Briton Jack Aitken in Russell's place and Brazilian Pietro Fittipaldi who steps into Romain Grosjean's seat at Haas after the Frenchman's fiery crash last weekend.

Hamilton's teammate Valtteri Bottas should be the favorite to chalk up his third win of the year in a car that has won 13 of the season’s 15 races. Russell, meanwhile, will be expected to score his first career points after nearly two years in an uncompetitive Williams. "Obviously, nobody can replace Lewis, but I'll give my all for the team in his absence from the moment I step in the car," Russell said.

The floodlit 3.5-kilometer (2.2-mile) layout is made up of 11 corners, and drivers are expected to lap in under a minute – with 54-second to 55-second laps predicted for qualifying. Formula One has never raced on the layout before.

Red Bull’s Max Verstappen, who has run Bottas close this season, will fancy his chances as the favorite for a non-Mercedes win. Thai teammate Alexander Albon, on the podium last Sunday, will be another contender as will Racing Point's Mexican Sergio Perez, on course for a podium in Bahrain last Sunday until his engine blew. The memory of Sunday’s race, and Grosjean's miracle escape from a blazing car that had split in two, will hang over proceedings.

Germany's Mick Schumacher, son of seven-time champion Michael Schumacher and announced Wednesday as a Haas driver for 2021, can seal the Formula Two title in this weekend's finale.