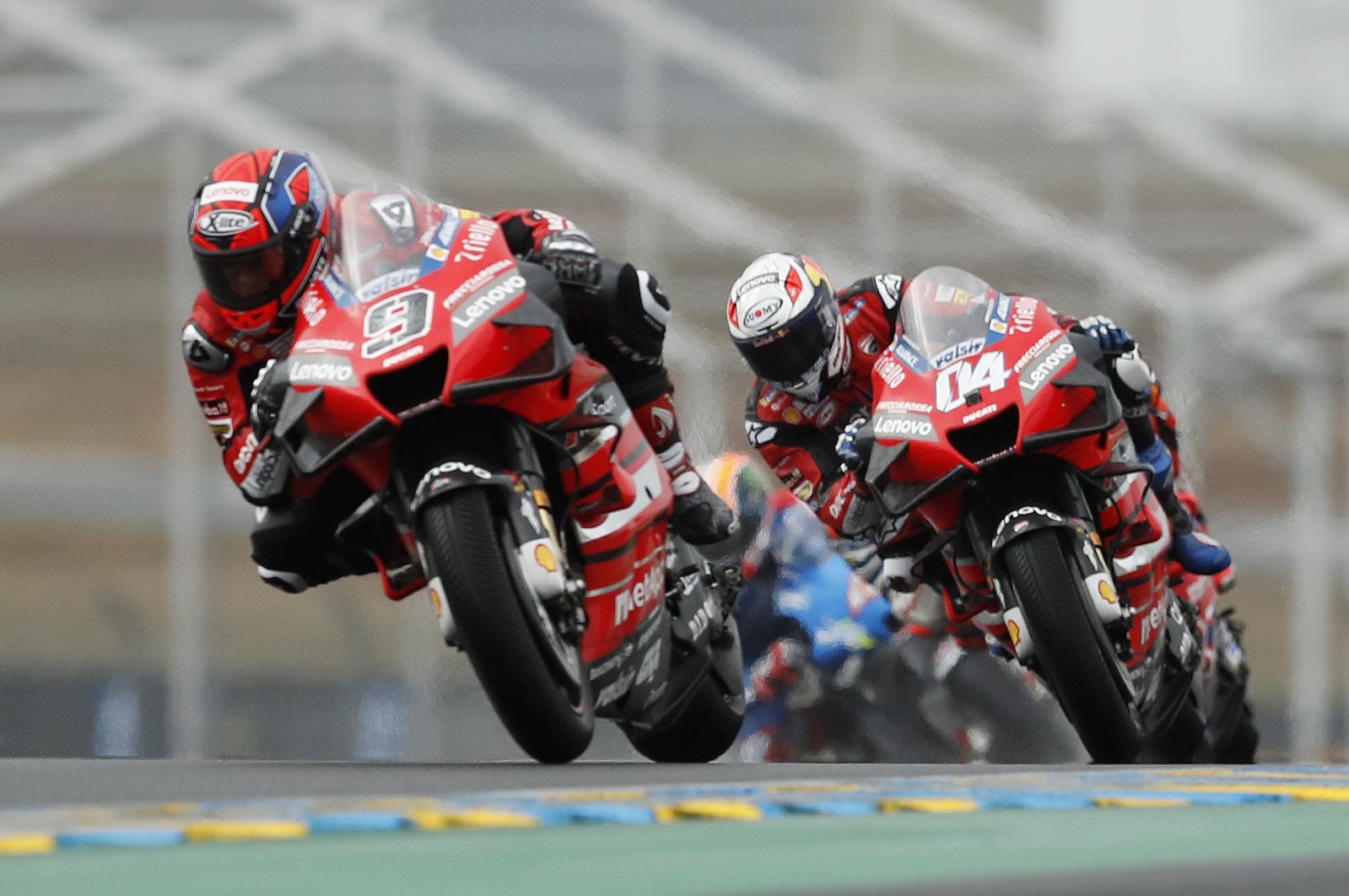 Italian rider Danilo Petrucci Sunday won the French MotoGP for the first time, while Spaniard Alex Marquez finished second for his first podium in the absence of his illustrious older brother.

Six-time world champion Marc Marquez, who won the past two editions, is not competing against his sibling since fracturing his right arm in the season-opening race.

The 24-year-old Alex started from 18th and the Honda rider made huge gains late on.

But he ran out of time and finished 1.27 seconds behind the Ducati of Petrucci, who mastered the soaking wet conditions well on a drenched Le Mans track for a second career win.

Espargaro was 1.71 seconds behind for KTM.

Quartararo started from pole position for the third time this season, starting ahead of Ducati's Jack Miller and Petrucci.

But after five laps Quartararo dropped down to 11th on a miserable day for Yamaha, which saw seven-time world champion Valentino Rossi crash on Lap 1 of 26.

The Italian veteran was chasing a 200th career podium but his race ended on Turn 3 when he went down.

Fortunately for Quartararo, the Suzuki of Mir was even further back in 17th after starting from 14th.

With 10 laps remaining, Italian rider Andrea Dovizioso led from Petrucci and Miller in a Ducati 1-2-3.

Then Alex Rins made a big push and got into second place, but the Spaniard pushed his Suzuki too hard and went off his bike with seven laps remaining. His crash also caused Miller to fall, and the Australian was visibly angry when he got back to the team garage.

Dovizioso finished in the fourth spot, while Mir came in at 11th.