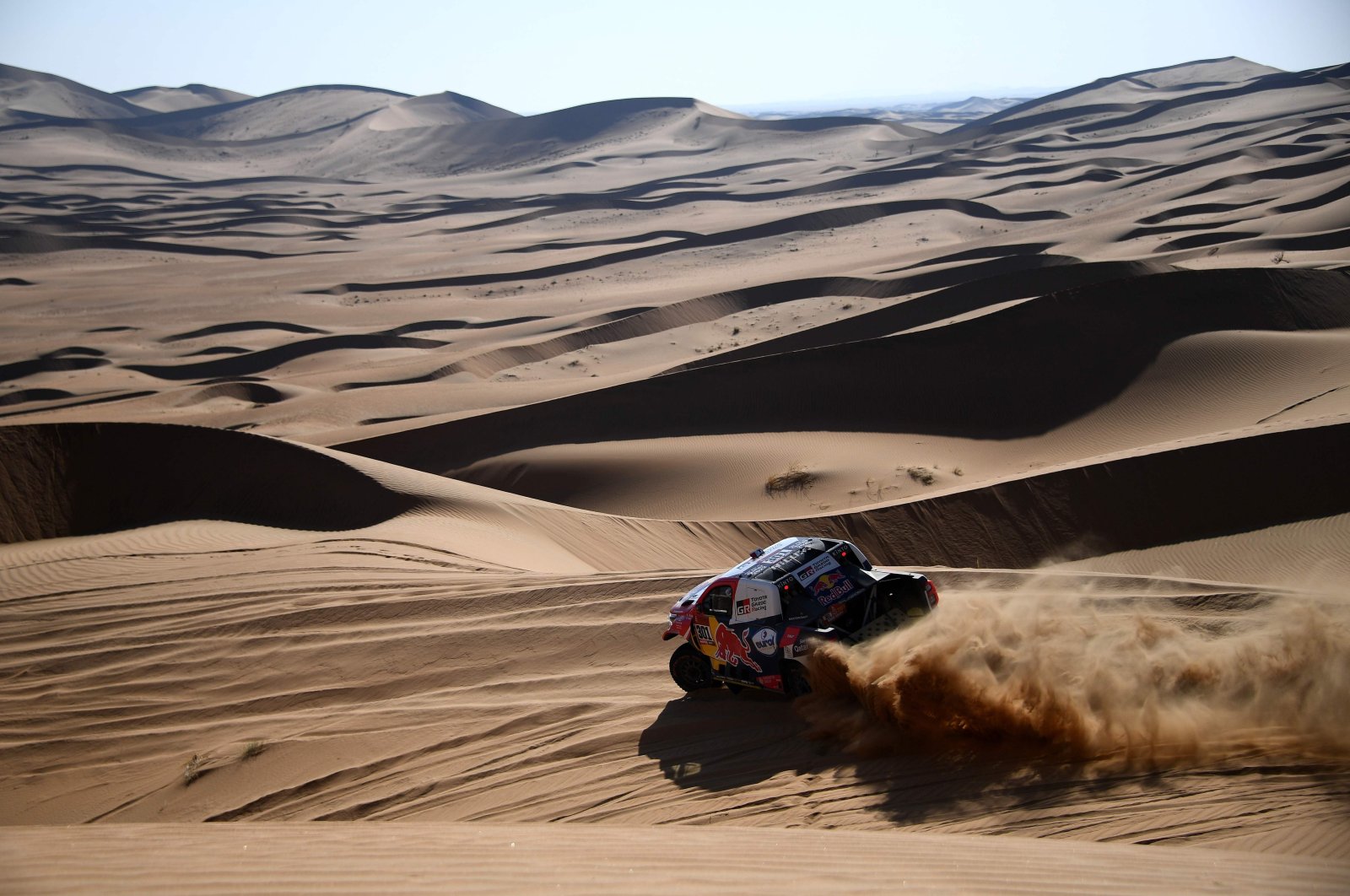 Qatari driver Nasser Al-Attiyah won the third stage of the Dakar Rally in Saudi Arabia on Tuesday, holding off the challenge of French archrival Stephane Peterhansel. The three-time winner of the Dakar sped through a 403-kilometer loop around Wadi ad-Dawasir, the gateway to the Empty Quarter, a vast sand desert that covers much of the southern Arabian Peninsula, in 3 hours, 17 minutes, 39 seconds to take the victory. Already the winner of the prologue and Monday's second stage, Al-Attiyah finished 2:27 ahead of Toyota teammate Henk Lategan of South Africa. Peterhansel, a 13-time Dakar winner, consolidated his lead in the overall standings with a third-place finish, 4:05 off the pace.

Two-time winner Toby Price clocked 3 hours, 33 minutes, 23 seconds in winning the motorbike category for his 13th Dakar stage win, the Australian KTM rider tracking down Argentinian Kevin Benavides (Honda) in a gripping race. Price, the winner of the Dakar in 2016 and 2019, finished just 1:16 ahead of Benavides and now sits fourth in the overall standings behind new American leader Skyler Howes, Benavides and Frenchman Xavier de Soultrait. "So far, it's been up and down. It's quite frustrating to be in front one day and then at the back the next," said Price. "The difficulty of the navigation means it's hard to open the road. I'm going to have to do it tomorrow, but I hope there'll be a bit of respite and that it will be a day that's less complicated on the navigational front." Price added: "It's been a good day for me. The bike's working well, I didn't fall, and I didn't have any fuel problems like yesterday. "Every day is going to count right up until the last one, but so far there have been no major problems."

Wednesday's fourth stage from Wadi Ad-Dawasir to Riyadh, at 813 kilometers – the longest of this Dakar if the link sector is included – sees competitors racing a 337-kilometer special.