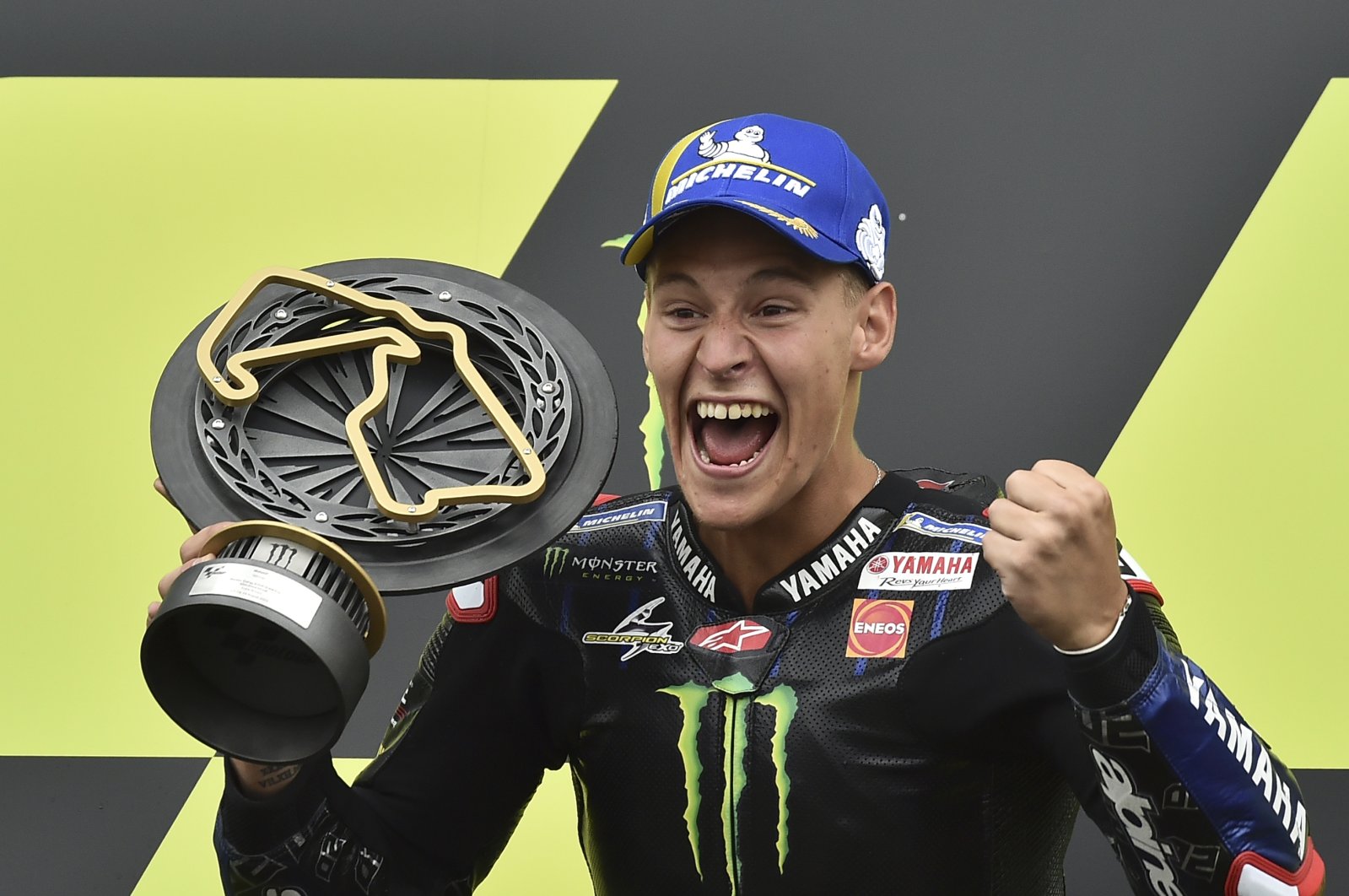 Fabio Quartararo took another step toward securing his first MotoGP world championship after picking up a fifth victory of the season at the British Grand Prix.

The win stretches his championship lead standings to 65 points.

The Frenchman on a Yamaha showed no ill effects from a fall in practice Friday that left him struggling to walk as he took the lead on lap five and eased away from the chasing pack to win by 2.6 seconds from Alex Rins of Suzuki with Aleix Espargaro securing Aprilia's first MotoGP podium in third.

Quartararo started in third and briefly slipped to fourth after a sluggish start, but then quickly moved through the field to hit the front.

Once there the 22-year-old managed his tires to control the race and take an even firmer grip on the championship.

There was a much tighter battle behind Quartararo for a place on the podium as Rins and Espargaro came under late pressure from Jack Miller of Ducati.

The Australian passed Espargaro on the final lap, but the Spaniard recovered to regain his position and was in tears on his bike at the end after ending Aprilia's wait for a podium in the modern era of MotoGP and his first since 2014.

Ninth place was enough to edge Suzuki's Joan Mir into second in the championship standings with Johann Zarco of Ducati Pramac moving into third ahead of Francesco Bagnaia of the Ducati factory team.

Niccolo Antonelli was second with Dennis Foggia in third.

Acosta was down in 11th with compatriot Sergio Garcia, who sits second in the world championship standings, finishing 16th.