'Queen of the Nurburgring' Sabine Schmitz dies at 51 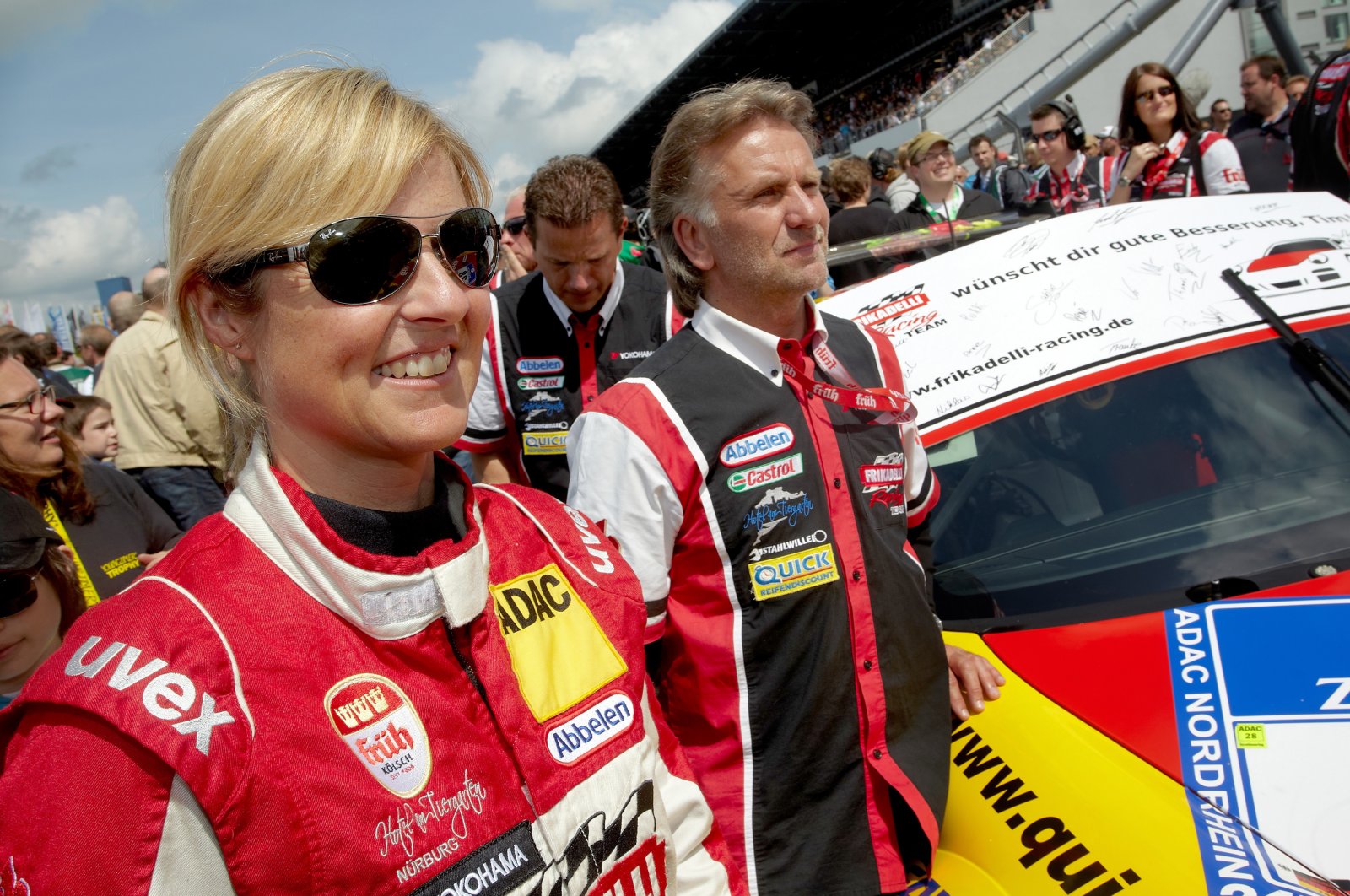 Sabine Schmitz, the first and only female race car driver to win the annual 24-hour race on the famed Nurburgring circuit and a renowned TV personality, died at the age of 51 on Wednesday.

Schmitz had been ill with cancer since 2017 and continued racing until 2019. The 24-hour race's organizers said she died Tuesday following "a years-long battle with her disease.”

Schmitz grew up near the Nurburgring, a fearsome track that winds through the hills of western Germany. Its 13-mile Nordschleife configuration is regarded as one of the most demanding and dangerous tracks in the world.

Schmitz moved through lower-level racing categories before winning the 24-hour race in 1996 and 1997 as part of a team driving a BMW M3. She also won the VLN championship of endurance races at the Nurburgring in 1998.

Schmitz was a Nurburgring specialist with at least 20,000 laps of the track on her own and in "Ring Taxi" rides for tourists. She also ran her own team, Frikadelli Racing, with her husband.

In 2004, Schmitz was featured for the first time on the British motoring TV show "Top Gear" in a segment about the Nordschleife. She soon became a regular guest star and fan favorite, and from 2016 was part of the show's regular team. In one notable appearance, she posted a competitive time on the Nordschleife behind the wheel of a van. The BBC said the next episode of the long-running show will be dedicated to Schmitz.

"Sabine radiated positivity, always wore her cheeky smile no matter how hard things got – and was a force of nature for women drivers in the motoring world," Executive Producer Clare Pizey told the BBC.

Schmitz also worked on a show on German TV and ran a tourist ranch near the Nurburgring.