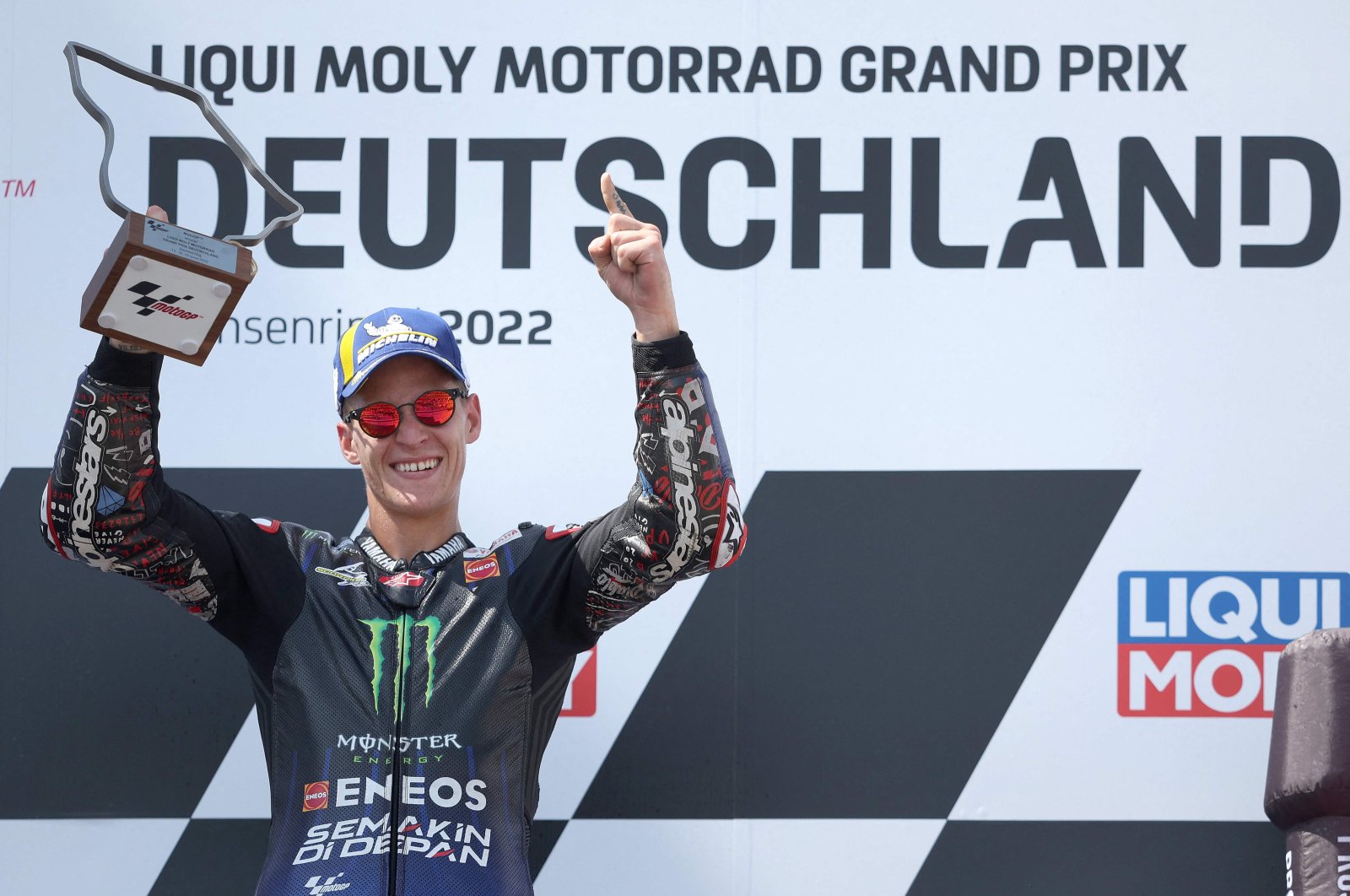 Reigning world champion Fabio Quartararo shook off an unspecified illness Sunday to win the German MotoGP and extended his lead in the overall standings.

Quartararo snatched the lead at the first corner away from Francesco Bagnaia, who started in pole position, and never looked back, but later revealed he had suffered from illness all weekend.

"I'm tired, I was sick most of the weekend and was coughing during the race, but I am super happy," said Quartararo, whose gamble paid off to use a medium rear tire rather than a hard one.

This is his third win this season and Quartararo claimed back-to-back victories having also won the Catalan MotoGP at the start of June.

The Frenchman extended his lead at the top of the overall championships to 34 points over Spanish rider Aleix Espargaro as the Yamaha rider earned the 11th MotoGP victory of his career.

Victory in Saxony means that whatever happens at the Dutch MotoGP at Assen next weekend, Quartararo will keep his lead going into the summer break before the season resumes at Silverstone in August.

"I am not thinking of the championship," Quartararo insisted.

"I am here to win as many races as possible, maybe by the time it comes to Japan and Thailand (in September and October), I will think about the title itself.

"We are going to a track I love at Assen (the Dutch MotoGP) next week."

At the halfway point of the season, Quartararo remains on course to win the overall world title for the third straight year as he again left his rivals in his wake in sweltering temperatures.

"It was a nightmare," said second-placed Zarco of the conditions, "but I ensured my runner-up spot when I decided to chase down Fabio after Bagnaia crashed.

"I battled hard for it, and was exhausted at the end, but it is never easy for me and I just have to tough these races out."

Bagnaia, who dominated free practice, crashed out with 27 laps to go, when his rear wheel slid out from under him, ending his hopes of winning the overall world title to his obvious fury.

This was the third time the Italian has failed to finish in his last four MotoGP races.

Miller put in a brilliant ride to finish third, having nearly crashed on the same bend where Bagnaia exited.

"I had an eventful race and nearly crashed," said the Australian.

"I was happy with the job I did, I put everything out there."