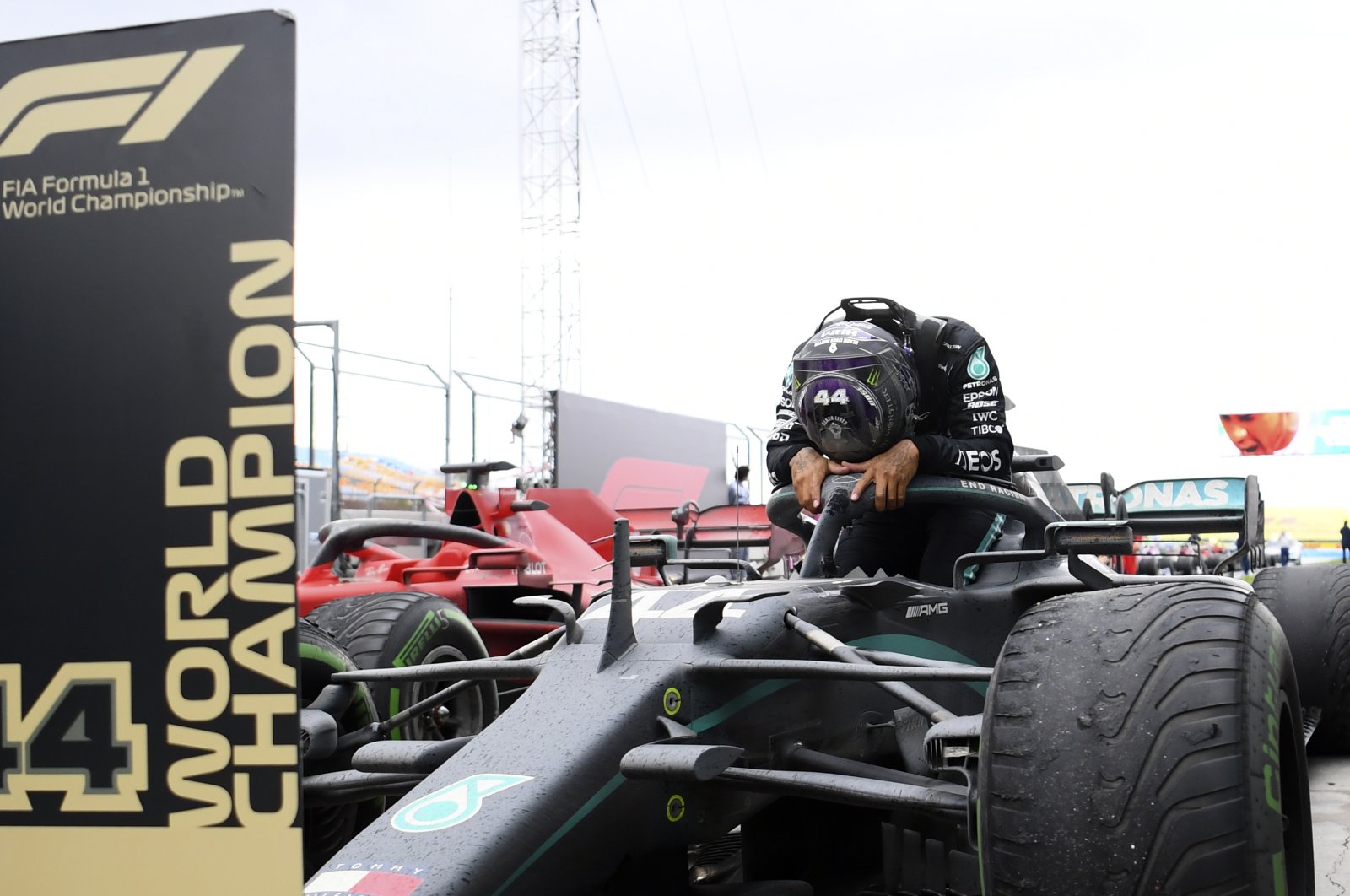 Formula One's pandemic-hit season was packed with novelty and surprises, even if Lewis Hamilton and Mercedes retained their titles in record style and by massive margins once racing returned.

The strangest of campaigns crammed 17 races, instead of the record 22 originally envisaged, into little more than five months from July with four triple-headers.

Races were held behind closed doors for the first time, with teams operating in "bubbles" to protect against COVID-19, but the season delivered more than might have been expected when the planned Australian opener was canceled in March.

Races in places not visited before, two first-time winners and Romain Grosjean's "miracle" escape from a fiery crash in Bahrain that split his car into two provided sensational storylines.

Three drivers caught the coronavirus, including Hamilton after he had won his record-equaling seventh title, but the show stayed on the road.

The sport showed it was quick to adapt in other ways too, with teams turning their hands to designing and producing thousands of hospital ventilators in otherwise shuttered factories during the early months of the year.

Italy hosted three races – a first for the sport – and there were new formats and untested layouts with several circuits hosting two rounds.

Glamour showcase races in Monaco and Singapore were binned, as well as what would have been the first Vietnamese Grand Prix, as Formula One kept it simple and stayed in Europe and the Middle East.

The Turkish Grand Prix returned after nearly a decade, where Hamilton sealed his seventh title after a stuttering start.

Records were broken all over the place, Hamilton breezing past Michael Schumacher's benchmark 91 wins – ending the year on 95 – and matching the Ferrari ace's seven titles.

The Briton, now the most successful driver of all time, won 11 races and used his platform to highlight injustice – taking a knee before each race in a Black Lives Matter shirt and campaigning for greater diversity.

The Silverstone pit straight was renamed after Hamilton as the 35-year-old ended the year with more points than the second-placed Red Bull team's drivers combined and with 124 more than Finnish teammate Valtteri Bottas.

Mercedes, who secured both championships for an unprecedented seventh year in a row, won 13 races and took pole position in all but two.

Mexican Sergio Perez contracted COVID-19 – replaced by super-sub-Nico Hulkenberg for two races – but ended the longest wait for a win with victory in his 190th start, going from last to first around the Bahrain circuit's outer loop.

Ferrari, the sport's most successful team, joined the others in signing a new commercial "Concorde Agreement" and celebrated its 1,000th race in the first held at Mugello.

It also suffered its worst season since 1980, without a win and sixth overall, and said goodbye to four-time champion Sebastian Vettel who moves to what was Racing Point and will be Aston Martin.

Going the other way, McLaren – with new U.S.-based investors and Australian Daniel Ricciardo joining next year – returned to the top three behind Mercedes and Red Bull.

The latter won twice with Max Verstappen, including the Abu Dhabi season-ender that raised hopes for a more competitive 2021.

Former champion Williams, the founding family departing after selling to U.S.-based Dorilton Capital, failed to score for the first time since the 1970s.

Its driver George Russell still starred, the youngster joining Mercedes for the Sakhir Grand Prix and nearly winning as a stand-in for Hamilton who was sidelined by COVID-19.

The 22-year-old Briton's hopes were dashed by Mercedes making a rare pitstop error before a late puncture but he emerged with his name even more firmly on the list of ones to watch.