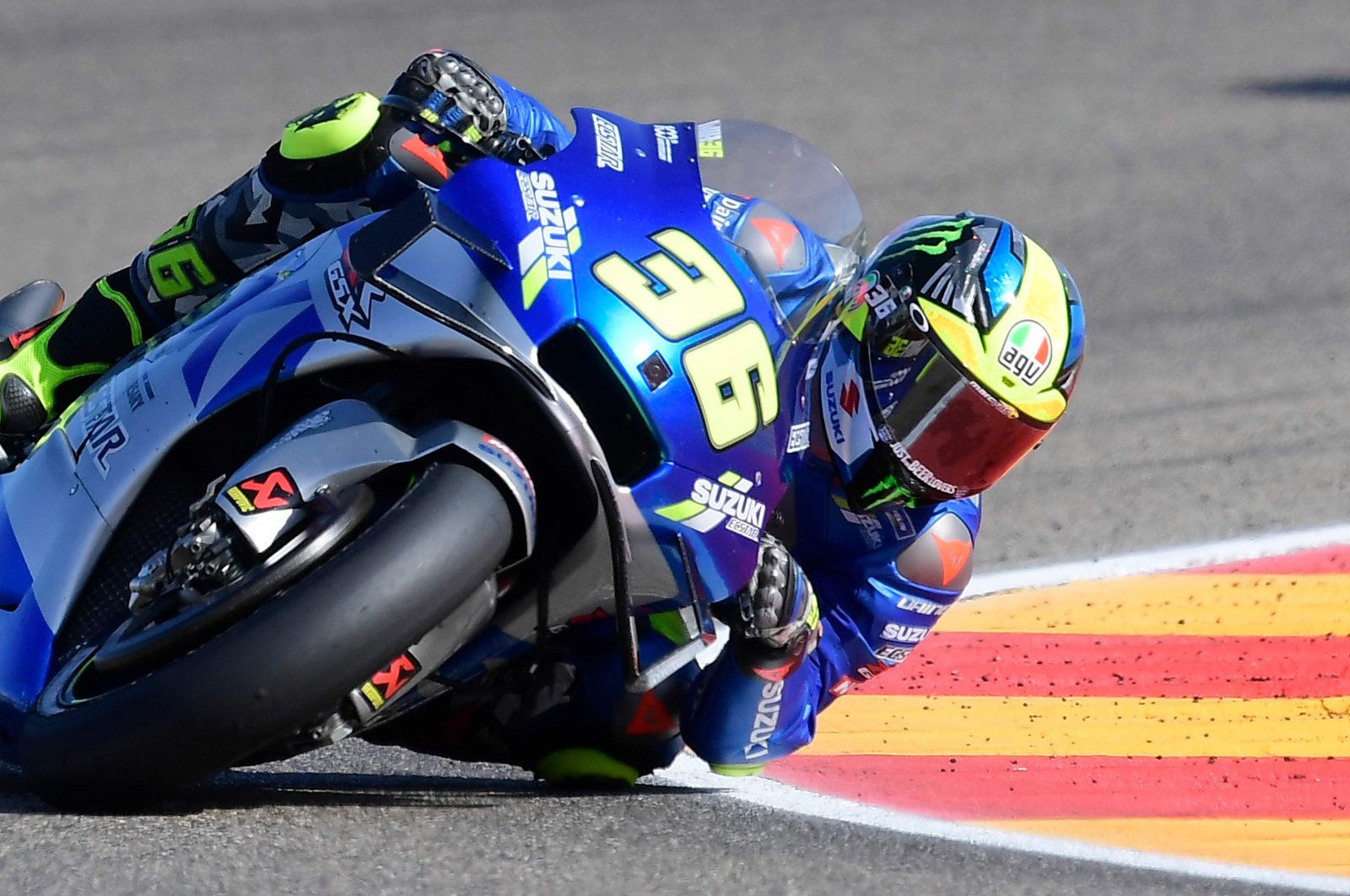 Despite not having won a race since 2017, Spain's Joan Mir is edging closer to the MotoGP world title as the championship enters its 2020 end-game this weekend.

The 23-year-old Mir has a wafer-thin advantage of just six points over France's Fabio Quartararo ahead of the Teruel Grand Prix on Sunday.

However, the Suzuki rider has proved the master of consistency in this truncated season with three second places and two thirds from the 10 races held.

In 2019, Mir raced 17 events, failing to make the podium and finished in 12th place in the standings.

The previous season, he went winless in Moto2 leaving his last victorious season as his world championship campaign in Moto3 in 2017.

Last weekend, Mir was third in the MotoGP of Aragon with Suzuki teammate Alex Rins winning the race.

"It was really positive because we took important points for the championship," Mir told MotoGP after seeing Rins become the eighth different winner in 2020.

The two Suzukis were split by the Honda of Alex Marquez.

Mir is the first Suzuki rider since Kenny Roberts Jr in 2000 to lead the world championship.

"I will not change the way to approach the races, this is for sure. I will continue working race by race, trying to get as many points as possible, trying to get the victory every GP," he said ahead of this weekend's race at the same Motorland of Aragon circuit.

"Then in the last race we will look at the championship and see where we are."

Vinales, at Emilio Romagna, and Dovizioso, in Austria, have both also won races in 2020.

The premier class has never had a world champion who hasn't won a race and it has only been achieved twice before in other classes.

The variety of winners in 2020 has been partly caused by the absence of six-time MotoGP world champion Marc Marquez.

Marquez broke his arm in the season-opener at Jerez and has not raced since.

So far this season, there have been eight different winners in 10 races – the joint second-highest during a single season. The record is nine, set in 2016.

Also missing this weekend is seven-time world champion Valentino Rossi as the Yamaha veteran recovers from COVID-19 at home in Italy.

The 41-year-old also sat out last weekend's MotoGP of Aragon.

Rossi came under fire on Wednesday from 2007 and 2011 world champion Casey Stoner who said he was saddened to see the Italian's level of performance this year.

"For me, when I was competing against Valentino, he was a winner, a killer," Stoner told autosport.com.

"He did everything possible to win races. Now, however, a top five or a podium is like a victory for him and this is sad for me."