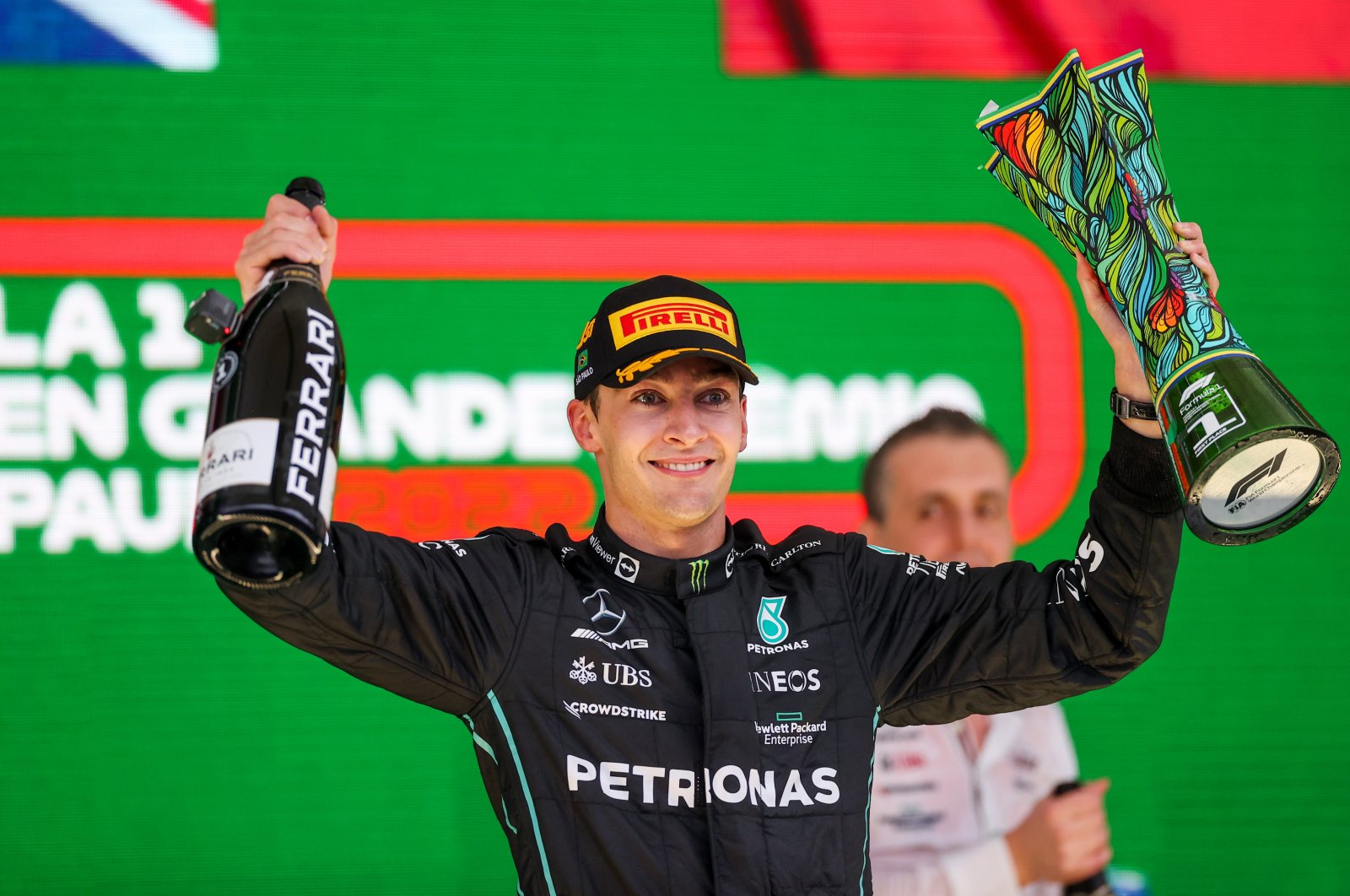 George Russell took an emotional first Formula One Grand Prix victory on Sunday to end a season-long blank for Mercedes in a one-two with seven-time world champion Lewis Hamilton in Brazil.

Russell led from the start at Sao Paulo's Interlagos circuit after winning Saturday's 100-km sprint, a race that determined Sunday's starting grid, to halt a run of nine wins in a row by champions Red Bull.

"This is just the beginning," Russell shouted over the team radio after being told he was a Formula One winner, the 113th in the history of the sport.

"I knew we could do this. I might need some tissues – I'm crying."

Hamilton, the winner of a record 103 races and three in Brazil, congratulated his teammate for an "amazing drive."

"He did an amazing qualifying yesterday, so he truly deserves it ... this is an incredible result," the 37-year-old said.

In a lively race with two safety car periods, honorary Brazilian Hamilton overcame an early collision with Red Bull's double world champion Max Verstappen to race back in front of a cheering crowd.

Ferrari's Carlos Sainz finished third, with teammate Charles Leclerc fourth and unhappy that Ferrari did not order a switch given his battle with Red Bull's Sergio Perez for second in the championship.

Verstappen, who won his second title with four races to spare, helped Leclerc out by refusing to give back sixth place to Perez – who had earlier let him through – despite the team asking him to if he could not pass Alpine's Fernando Alonso.

"I have given you my reasons," said the Dutch driver by way of explanation.

Russell led away cleanly from the start, with Hamilton slotting in behind, but the safety car was deployed when McLaren's Daniel Ricciardo and Haas's Kevin Magnussen collided on the opening lap.

Magnussen, who took his first pole position in Friday qualifying and scored a point in the Saturday sprint, was hit from behind by the McLaren and smashed back into it after spinning around.

Verstappen and Hamilton then made contact at the re-start on lap seven as they fought for second place, with the pair dropping to eighth and ninth respectively.

Race stewards decided the Red Bull driver was the offending party and handed him a five-second penalty for causing the collision.

"Where did they expect me to go?" Verstappen said when informed by his team over the radio. "He just closed the door on me."

McLaren's Lando Norris also collected a five-second penalty for causing a collision when he tangled with Leclerc, who was sent spinning into the tire wall but was able to keep going.

Hamilton's car was undamaged in the incident with Verstappen and he was third by lap 18.

The Briton took the lead on lap 25 when Russell made his first pitstop and stayed there until the end of 29 when he came in to switch from soft to medium tires, returning in fourth place.

Verstappen was running in 15th place at the half distance after two pitstops in which he had a new front wing, served his penalty and suffered a further delay with a slow rear tyre change.

There was late drama when the virtual safety car was deployed on lap 53 after Norris stopped on track, and it then became a full safety car.

"So what are we doing?", Russell asked over the radio as the field bunched up again with Hamilton right behind. "Are we racing or are we securing the one-two?"

"You are racing, just be respectful," came the reply from the pit wall.

Russell then managed the re-start well and pulled away from Hamilton to take the chequered flag waved by Brazil's retired double world champion Emerson Fittipaldi.