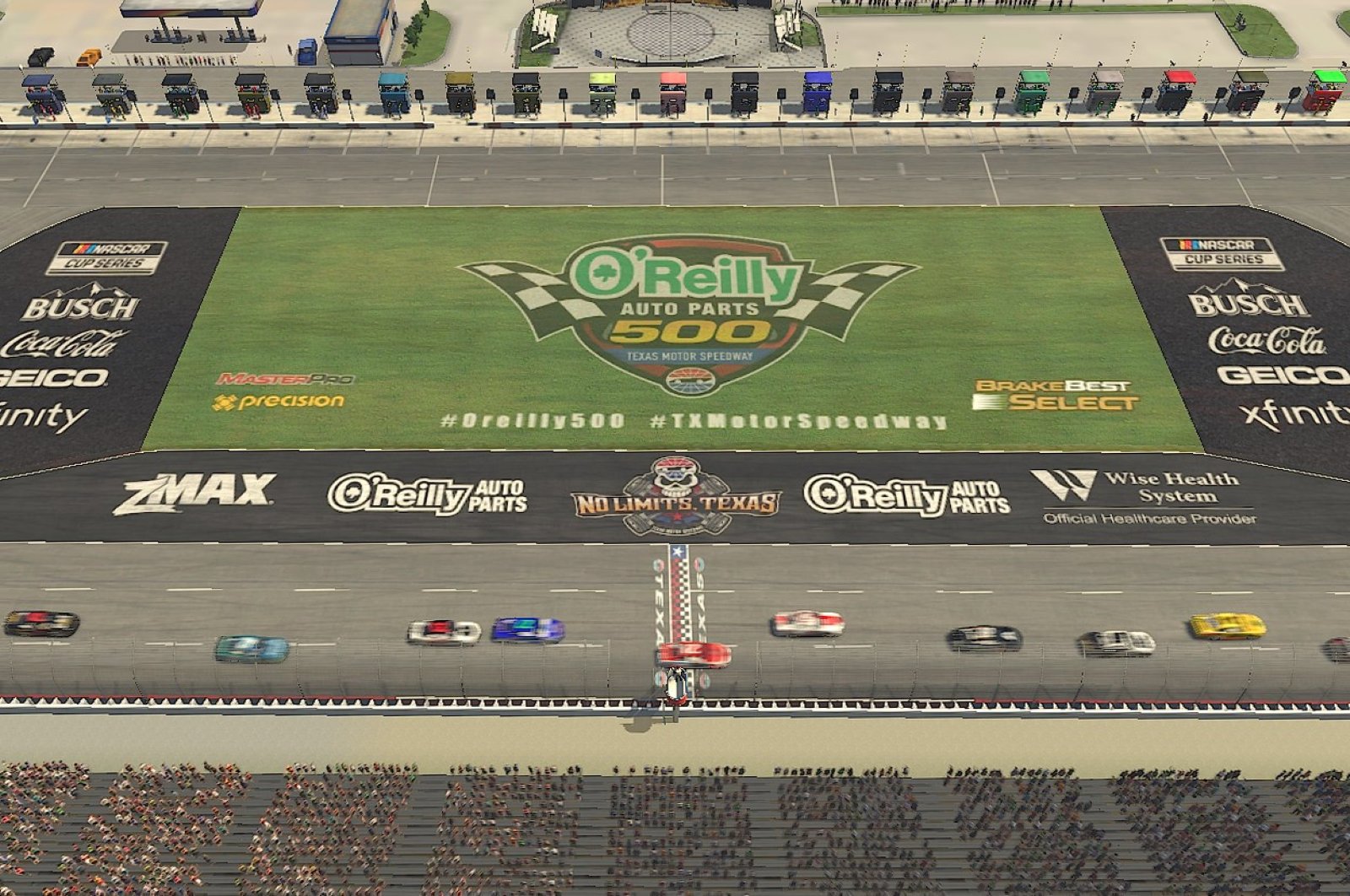 NASCAR's new norm resumed Sunday with another virtual event, the second in an iRacing series thrown together after the coronavirus pandemic stopped nearly all sports. NASCAR's 36-race season was suspended four events into the year.

Timmy Hill won the virtual race at Texas Motor Speedway, where a highlight came when Daniel Suarez was parked by iRacing officials for intentionally trying – but failing – to crash Ty Dillon.

Hill is considered among the top competitors in iRacing, a subscription-based gaming platform. His virtual victory was his 674th in the game.

Fox Sports again used its team of Mike Joy and Hall of Famer Jeff Gordon to call the race, which was aired both on Fox in some markets and nationwide on its cable channel.

The first iRacing event last Sunday drew 903,000 viewers to Fox Sports One and was the most-watched esports event in U.S. history, bettering the 770,000 viewers Mortal Combat drew to The CW in 2016. That led Fox to offer affiliates the option to air the Texas virtual race on the broadcast.

Those who tuned in watched a live video game of 35 NASCAR racers competing at an exact replica of Texas Motor Speedway, where the series was scheduled to be Sunday before the coronavirus shutdown. Fox was able to obtain feeds of drivers racing on simulators everywhere from their bedrooms, basements, garages and, in the case of last week's winner, Denny Hamlin's living room.

Clint Bowyer was the in-race reporter again, but when the booth cut to him to ask about an early race incident, he gave a quick update and shooed Joy and Gordon away.

“You guys are bothering me, sorry,” Bowyer said.

Alex Bowman again entertained fans via social media with commentary. It included his tweet “I just virtually drove through somebody,” after a wreck. Bowman also missed his pit stall, was speeding on pit road, bemoaned his need for a snack and ultimately decided “I'm a disaster.”

Chase Elliott, racing in striped socks, posted a video during a commercial break of his feet working the pedals. Michael McDowell talked fans through his pit decisions. With racing on hold and drivers desperate to give exposure to their teams and sponsors, Hill's virtual victory gave the NASCAR journeyman a rare live opportunity to thank his sponsors, the staple speech of any successful racer.

The Texas event was done with a fixed setup and drivers used varying levels of rigs. Hamlin's, at more than $40,000, is one of the most advanced in the field, with motion sensors and premium technology. Alternatively, Fox showed Garrett Smithley racing with a wheel and a computer at a desk, under a framed poster of Richard Petty, in what appeared to be Smithley's bedroom.

With nothing else to do, Texas track President Eddie Gossage tweeted live during the race, joking he was going to bill Christopher Bell for virtually tearing up the grass and paint with a spin through the infield. Gossage also continued Texas' tradition of awarding mid-race prizes to fans – even though his speedway is currently closed.

IndyCar made its iRacing debut Saturday in a race entered by 25 drivers and won by Sage Karam. NASCAR seven-time champion Jimmie Johnson was a special guest in the race as he works toward an obvious IndyCar debut. He'd been scheduled to test a car in Alabama next month before the coronavirus shutdown.

NASCAR, IndyCar, IMSA and many of Formula One's drivers are using iRacing as a tool to keep their skills sharp during this pause, and now iRacing has seized on the popularity of esports and absence of live sporting events to create events for the idled leagues.

IRacing is one of the very few professional sports that can come close to delivering a decent show because of the granular detail and precise rendering of each NASCAR track. The venues are laser-scanned to capture the bumps and imperfections in the asphalt, as well as duplicate the grandstands and billboards and pit lane.