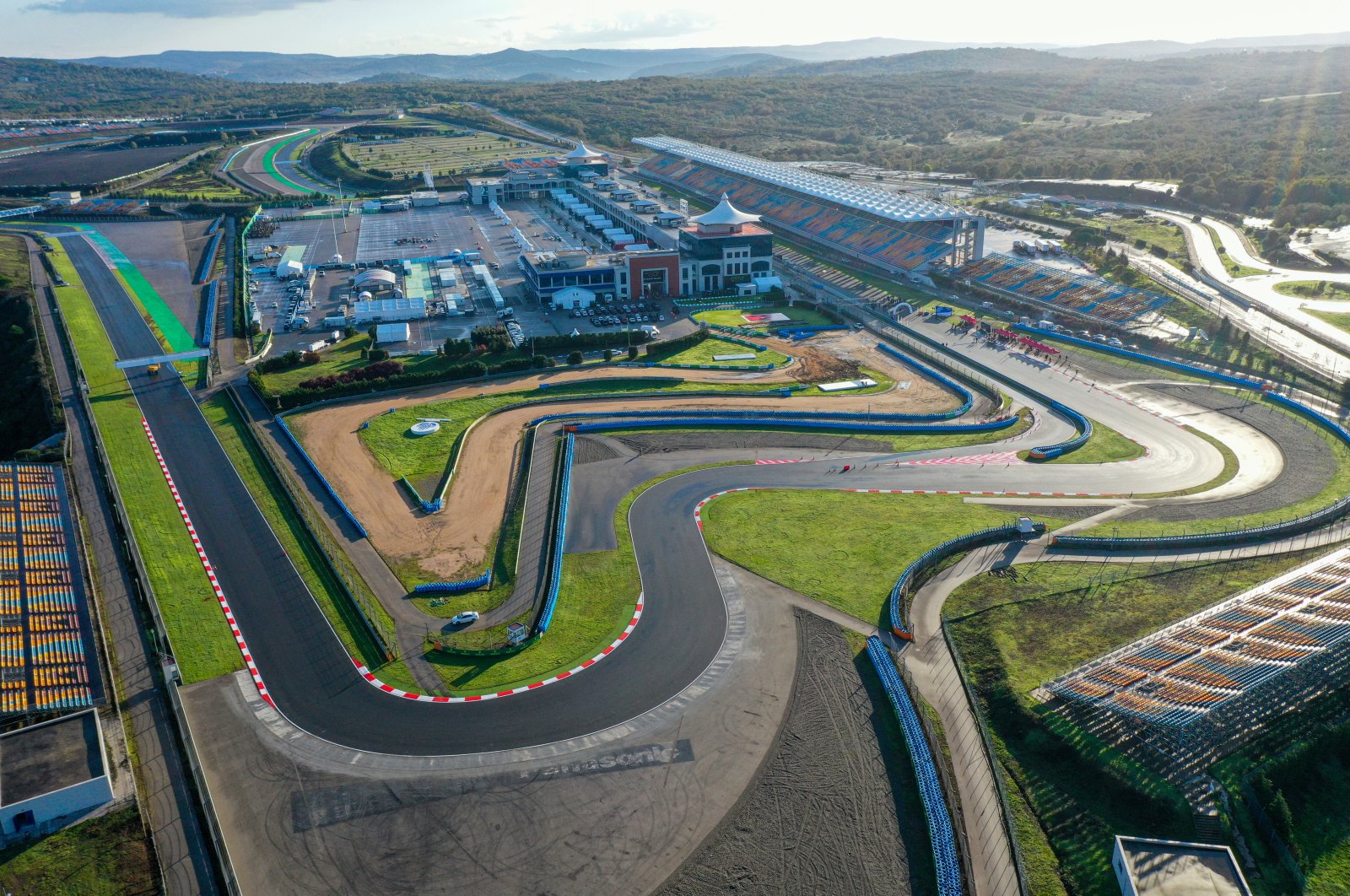 As the final touches are put on the renovated track, the city is revving up to see whether Lewis Hamilton can take the championship in Istanbul

Turkey has been counting down the days for next weekend's Formula One Grand Prix after a long absence as preparations are essentially complete for the top-flight motorsports event. "We are very happy to bring Formula One back to Istanbul after a nine-year break. We have been closely following this project ever since President Recep Tayyip Erdoğan assigned it to us four years ago. Finally, this year, Formula One has come back to Turkey," Intercity CEO Vural Ak told Anadolu Agency (AA) on Sunday.

The Formula One DHL Turkish Grand Prix will be held at Intercity Istanbul Park on Sunday, Nov. 15. "All preparations (for the venue) are done. Decorations are underway. Billboards have been placed. Some minor cleaning and landscaping have been done. We have already finished all the major work," Ak said, adding that the Turkish Transportation Ministry renewed the track's asphalt. "The Istanbul Metropolitan Municipality (IBB) helped us a lot with the work, except the cleaning, landscaping and asphalt renovation."

Ak said that Formula One has become a globally popular sport. "In recent years, Formula One has been one of the most-watched motorsports, and generally, it has become a sport loved even more than football," he said. This is one of the reasons why they wanted to bring F1 back, to help promote Istanbul and Turkey. "I am very happy that we have done it. Now we are counting down the days. Only one week to go."

"Perhaps this season's champion will be unveiled at the Intercity Istanbul Park. Lewis Hamilton is leading the drivers' standings but has not yet secured the title. With the points that he gets here, Hamilton may be crowned the 2020 champion," Ak said. Hamilton has 282 points to lead the driver standings. His Finnish teammate Valtteri Bottas is currently in second place with 197 points. Red Bull Racing Honda's Dutch driver Max Verstappen is at 162 points in third.

Of the 17 rounds on the circuit this year, the Turkish Grand Prix is the fourth to last, meaning there will be only three more to go after Sunday. The 2020 season will end in Abu Dhabi on Dec. 13.

The Turkish Grand Prix did not impose any financial burden on the Turkish state as the private sector covered the expenses. "As Intercity, we have brought Formula One back to Turkey without imposing any financial burden on the state. I think this is the ideal formula,” Ak remarked. "Hosting it under the auspices of the Turkish state and president has given us a lot of advantages in the operational aspect. But it was right not to pass on the financial burden during such times of economic hardships. Unlike other races or sports, this was not organized at the Turkish state's expense." He said that it's a difficult model and that the private sector covered it, but its costs are very high.

Ak added that he's trying to keep Formula One in Istanbul and is talking with stakeholders. "I am trying to retain (the race). We are in talks (with Formula One organizers) to hold the Turkish Grand Prix next year as well. It will likely be finalized very soon. My goal is to make this race a regular feature."

The ongoing coronavirus pandemic forced Turkey to put together the race without spectators. The Istanbul Governorate confirmed last month that the contest will be held behind closed doors due to COVID-19 fears.

Turkey is set to host a Grand Prix for the first time since 2011.