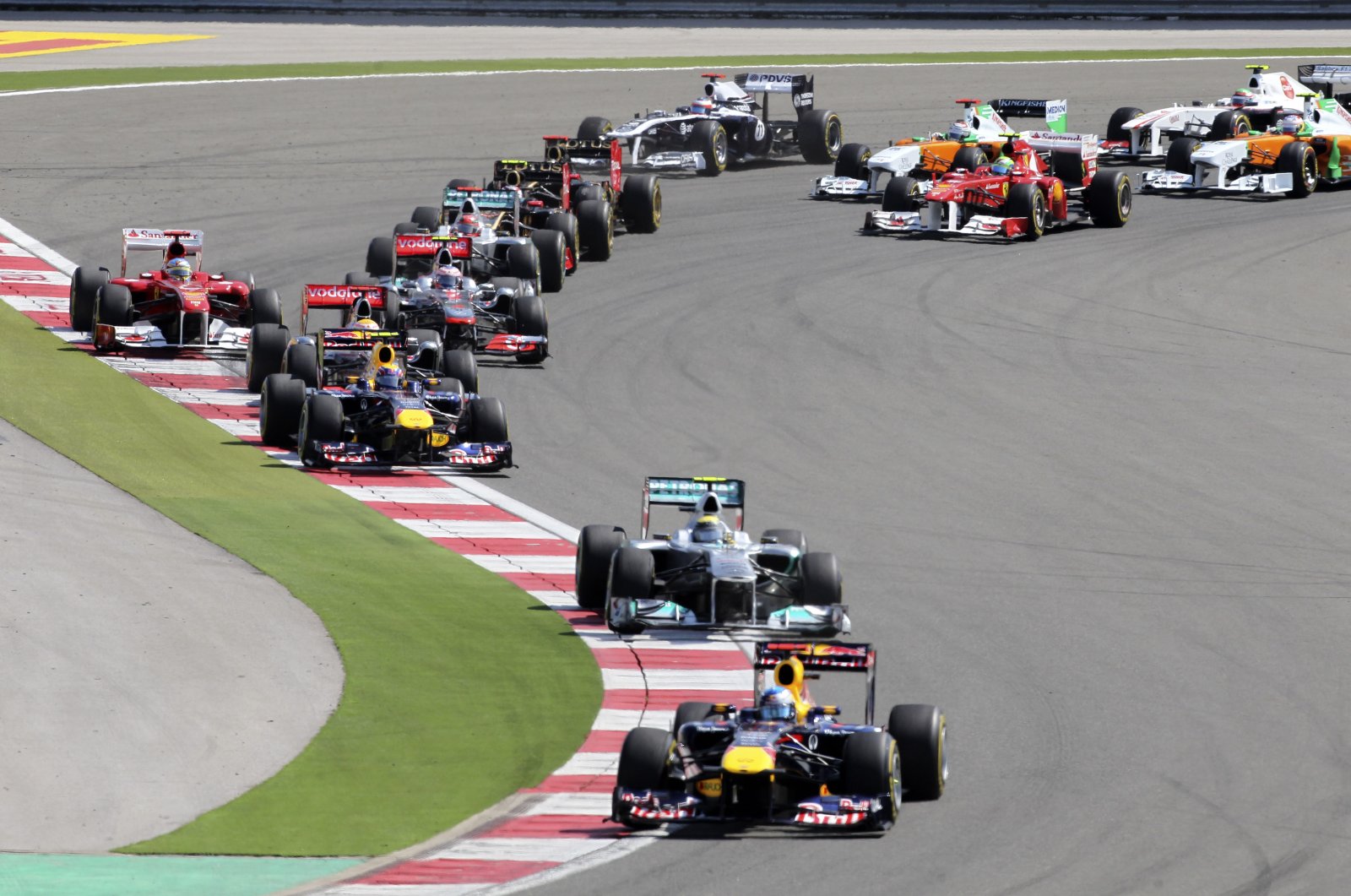 Red Bull driver Sebastian Vettel leads the field after the start of the Formula One race at the Istanbul Park circuit racetrack in Istanbul, Turkey, May 8, 2011. (AP Photo)
by DAILY SABAH Aug 24, 2020 4:55 pm
RECOMMENDED

Formula One is set to confirm the addition of the Turkish Grand Prix to its 2020 calendar, nearly a decade after the last race was held at the Istanbul Park track, according to several media reports.

If confirmed, the Turkish GP will be one of the triple-header races that will finish the season.

While several reports said the organizers were in the final round of talks with Intercity, which operates Istanbul Park, to iron out the details, the Turkish edition of motorsport.com claimed the deal was already finalized and the race's date would be officially announced Tuesday.

In a statement, Intercity said it has been in talks with Formula One to bring back Turkish GP since 2017, adding that it could not disclose further details due to a nondisclosure agreement it had signed with the organizers.

"Our talks with the organizers have been going on nonstop to bring back grand prix races to Intercity Istanbul Park, which has often been called one of the best race tracks in the world. Due to the nondisclosure agreement we have signed with Formula One authorities, we are at a point in negotiations where we can't offer any additional information. Should the opportunity arise, we will further inform the public," the statement read.

The move comes as the coronavirus pandemic forced Formula One organizers to make drastic changes to the regular season calendar, with several races scratched off the calendar.

Built in 2005, Istanbul Park held its inaugural race the same year. The last grand prix was held at the track in 2011, with Formula One removing the Turkish GP due to financial disagreements shortly after.